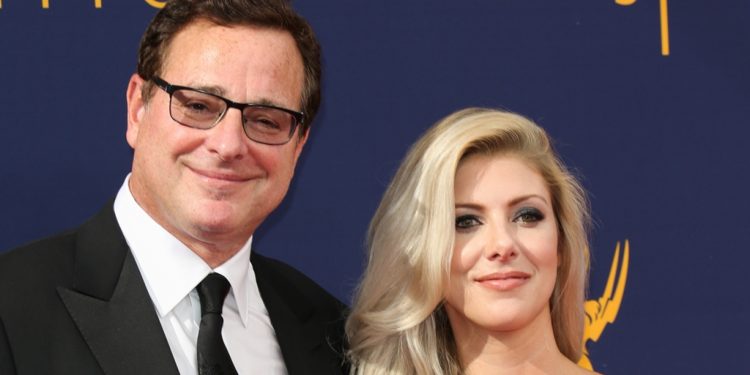 Kelly Rizzo took to Instagram on Saturday to pay tribute to her late husband Bob Saget shortly after he was laid to rest.

“My sweet husband,” Rizzo, 42, began in a lengthy caption alongside a photograph of herself with Saget. “After much reflection this week, I’m trying, really trying, to not think I was robbed of time. But instead to think: How lucky was I that I got to be the one to be married to THE MOST INCREDIBLE MAN ON EARTH.”

The Full House star and TV personality were married in 2018 in Santa Monica. At age 65, Saget died last Sunday in a hotel room in Orlando, Florida. A cause of death has yet to be determined.

Saget was laid to rest on Friday in an intimate service at Mount Sinai Memorial Park and Mortuaries. Among those in attendance were fellow Full House co-stars John Stamos, Lori Loughlin, Dave Coulier and Mary Kate and Ashley Olsen.

“I was the one who got to go on this crazy ride with him and be in his life these last 6 years,” Rizzo continued in her social media post. “We had that time to make each other the happiest we’d ever been and change each other’s lives forever. I got to be the one to love him and cherish him. He deserves all the love. Every ounce of it. Because that’s how amazing Bob was. He was love.”

Rizzo called Saget “a force”  and a “special man.” She aims to continue sharing “how amazing he was with the world,” and raise awareness of organizations important to him, such as the Scleroderma Research Foundation.

“Honey, I love you more than anything, forever.”