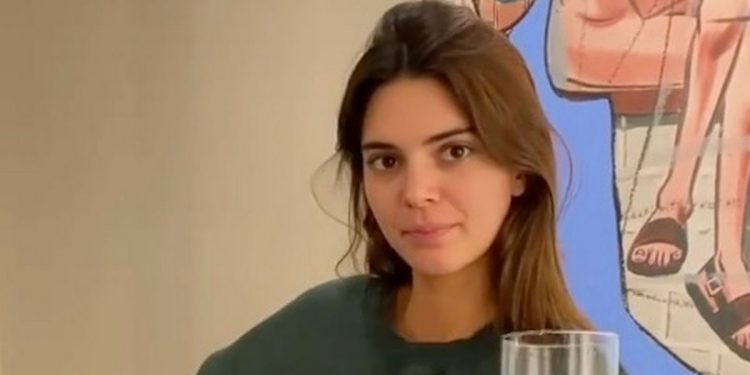 The Keeping Up With The Kardashians star, 26, has battled anxiety for many years amid her incredibly successful modelling career, and although she does all she can to calm her mind, she can’t seem to find a remedy of late.

The Victoria’s Secret supermodel took to Instagram on Monday to open up with fans in an honest post as she laid her issues with anxiety bare.

It comes after Kendall’s recent Oscars red carpet appearance where she dazzled in an extravagant black feathered gown.

Before strutting her stuff on the red carpet ahead of the Academy Awards ceremony, eagle-eyed social media users couldn’t help but feel Kendall looked different as they accused her of undergoing cosmetic surgery.

The Keeping Up With The Kardashians star, 26, has battled anxiety for many years
(

One week on from the accusations, Kendall opened up about her crippling anxiety.

The brunette bombshell shared a serene video of her back garden complete with a flowing fountain and plenty of greenery.

And alongside the video, Kendall admitted that she’s been having a tough time of it lately in a lengthy caption.

“Happy Monday y’all. My anxiety (especially social anxiety) has been on 100 lately. I’ve come to a place where I don’t feel bad about it,” the reality TV star penned.

Kendall opened up about her crippling anxiety after her Oscars appearance
(

“I love my space and my alone time. I am finding ways to help me start my day off with a calmer, more positive mindset.

“That being said, I wanted to just spread some good vibes.”

Kendall went on to list the habits she has adapted to make herself feel better in a bid to help others who may find themselves increasingly anxious too.

The supermodel advised: “I do 10 deep inhales/exhales before even touching my phone. I went in my yard and journaled. I wrote down all the things i’m looking forward to today/this month. I expressed gratitude for all of my blessings. I took in the sun. I had my tea and practiced some more deep breathing.

“Give it a try. I’m optimistic about my day ahead and you should be too! love you.”

The supermodel sparked boob job rumours when she posed in a sultry sheer dress on Instagram last week where her assets demanded attention in the striking snaps.

Kendall’s eagle-eyed fans said it looked as though she had undergone a very ‘natural-looking’ surgery as her boobs looked fuller than normal.

The star has also been accused of having more lips fillers as she recently stepped out with lips as full as her sister Kylie’s.

The tiny glass beads that could stop radiotherapy side-effect

The tiny glass beads that could stop radiotherapy side-effect