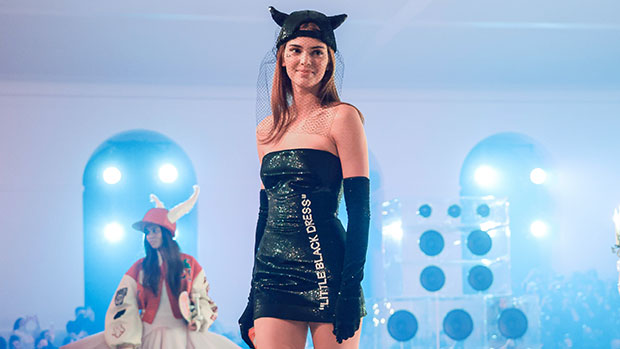 
Kendall Jenner isn’t giving up on her journey to getting the perfect cucumber slice. The 26-year-old model posted a photo on her Instagram Story on May 27 (see here) of a cucumber and a knife on a colorful cutting board. “Here we go again,” she wrote at the bottom of the photo.

The post comes about two weeks after a clip of Kendall attempting — and failing — to cut a cucumber on the May 12 episode of The Kardashians went viral. The moment occurred when Kendall was in the kitchen with her momager, Kris Jenner, 66, at home. “Do you want the chef to make you a snack?” Kris asked her second youngest daughter in the episode. “I’m making it myself. I’m just gonna chop up some cucumber. It’s pretty easy,” she replied. Kendall later went on to admit she was “scared” to cut herself. She even told the cameras to not zoom in on her attempt. “I’m definitely not a good cutter,” she admitted.

Viewers thought Kendall’s attempt to do a fairly normal kitchen task was hilarious and ripped her apart online. The 818 Tequila founder saw how much of a fuss people made about the tragic scene online and replied to a Twitter user who shared a photo of the moment and wrote “Kendall Jenner trying to cut a f*king cucumber is the most tragic thing I’ve ever witnessed #TheKardashians.” The supermodel quote-tweeted it, writing, “Tragic.”

Even though Kendall seemed to be unbothered by the negative remarks, her older sister Khloe Kardashian, 37, revealed that she was actually quite upset about the viral moment. However, she said she gave Kendall some tough love. “I’m like, ‘Kendall, God is fair. You’re the most beautiful human being in the world. You have wild-looking toes. God bless. And you can’t cut a f**king cucumber,’” she recalled on the Not Skinny But Not Fat podcast following the incident. “The world is good. Because she’s like … how can you be this f**king perfect? She has this perfect life, this perfect dog, she’s a gazelle of a human being, she walks the runway, she’s all these amazing things. You can’t cut a f**king cucumber?” the Good American founder continued with little sympathy.

In 2020, Kendall opened up about loving to cook but didn’t necessarily describe her cooking skills. “Me and my friends love to cook together, but we’re more experimental,” she gushed to Cosmopolitan. “I need to explore it more though, I have so many cookbooks that I need to crack open. I find cooking very therapeutic and generally enjoy letting something other than a phone or a TV occupy my mind.” It seems like she may want to try opening one of those cookbooks!