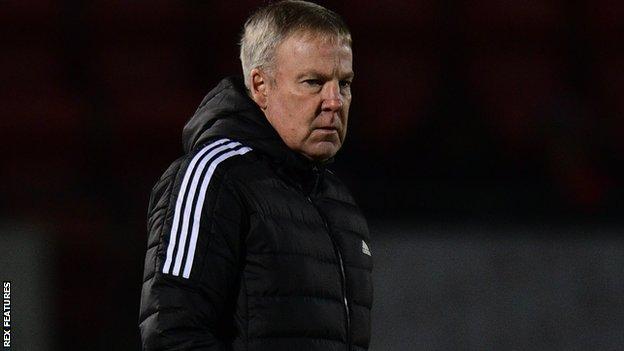 Defeat by Joey Barton’s side was the fourth loss in a row and leaves them five points above the relegation zone.

They were seventh in League Two in early December after a 4-1 win over Swindon, but a wretched run of just two points from their following 10 matches has seen them slide down the table.

Assistant Joe Gallen, who arrived with Jackett in the summer, has also left.

The club said in a statement: “We would like to place on record our thanks to Kenny and Joe, and wish them all the best for the future.

“Further details regarding who will take temporary control of first team affairs will be communicated in due course.”