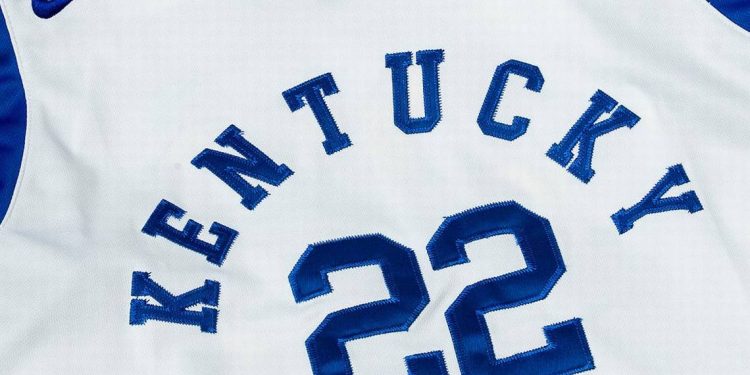 
The Kentucky men’s basketball team is headed to the Bahamas for four exhibition games next week, and the Wildcats will be sporting a fresh look on the trip.

“Just saw our three uniforms for Bahamas and WOW!! They look great,” he tweeted. “These are just for next week, but I think you’re going to love them. Like everything we do, they were designed with #BBN in mind. Don’t know if we should reveal them yet though. Hmmm …”

On Thursday morning, the official team account did indeed reveal them.

The Cats will have three sets for the Bahamas — white, blue and black — and UK posted photos of each on Twitter, with players posing in the new digs.

UK point guard Sahvir Wheeler wore the black uniform, which has white shoulders and a blue and white “Wildcats” in cursive. There’s also white trim on the black shorts and a blue wildcat logo.

Cason Wallace donned the white uniform — a clean, classic look with blue trim all the way around and a plain blue “Kentucky” in an arc above the blue number.

Daimion Collins wore blue, which has white shoulders and white trim on the shorts and features a white “Kentucky” in a baseball-style script above a white number.

Some welcome news for some UK fans: There is no checkerboard to be found on any of the three uniforms.

The Wildcats are expected to wear new Nike uniforms for the 2022-23 season, and those will be unveiled later this year.

Kentucky will play games in the Bahamas on Aug. 10, 11, 13 and 14, and all of the games will be shown on SEC Network and broadcast on the UK radio affiliates.

Ben Roberts is the University of Kentucky men’s basketball beat writer for the Lexington Herald-Leader. He has previously specialized in UK basketball recruiting coverage and created and maintained the Next Cats blog. He is a Franklin County native and first joined the Herald-Leader in 2006.
Support my work with a digital subscription
Tags: BahamasbasketballjerseysKentuckyteam
Previous Post