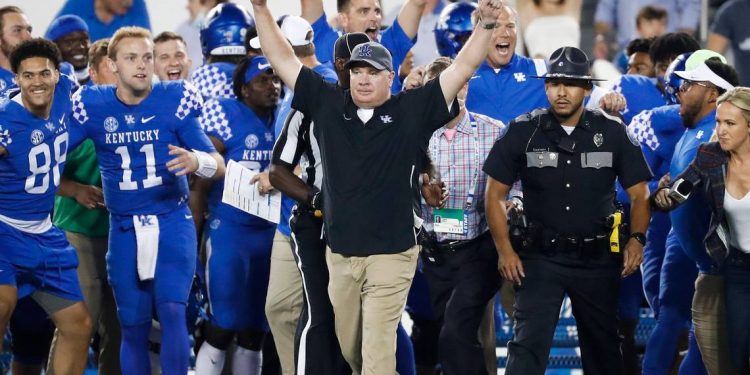 
Kentucky added another coveted wide receiver to its 2023 class when four-star prospect Anthony Brown committed to the Wildcats on Saturday.

Brown is a 5-foot-10, 170 pound player for Springfield High School in Springfield, Ohio. He’s rated as the 400th best prospect in the Class of 2023 by the 247Sports composite. He’s ranked as the 51st best wide receiver nationally and the 10th-best player out of Ohio by the composite.

Brown’s final five choices were Kentucky, Oklahoma, Michigan, Cincinnati and Penn State. He was previously committed to Minnesota before re-opening his recruitment in February.

Brown is the third wide receiver to join UK’s 2023 commitment class. Shamar Porter out of Nashville, TN and Jakob Dixon out of Louisville have also pledged to play football for the Wildcats.

John Clay is a sports columnist for the Lexington Herald-Leader. A native of Central Kentucky, he covered UK football from 1987 until being named sports columnist in 2000. He has covered 20 Final Fours and 37 consecutive Kentucky Derbys.
Support my work with a digital subscription
Tags: AnthonnyBrowncommitmentFootballKentuckyreceiverWide
Previous Post