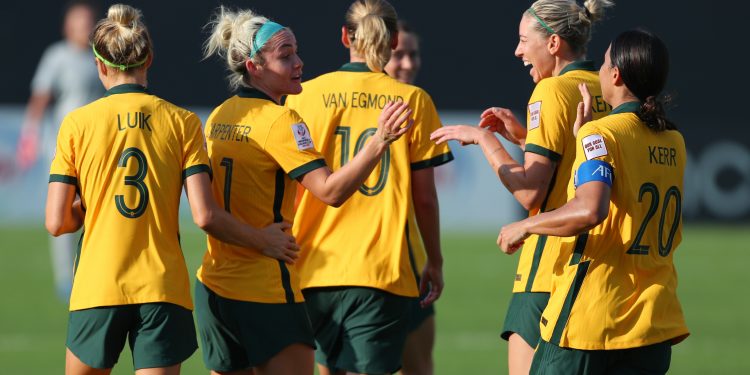 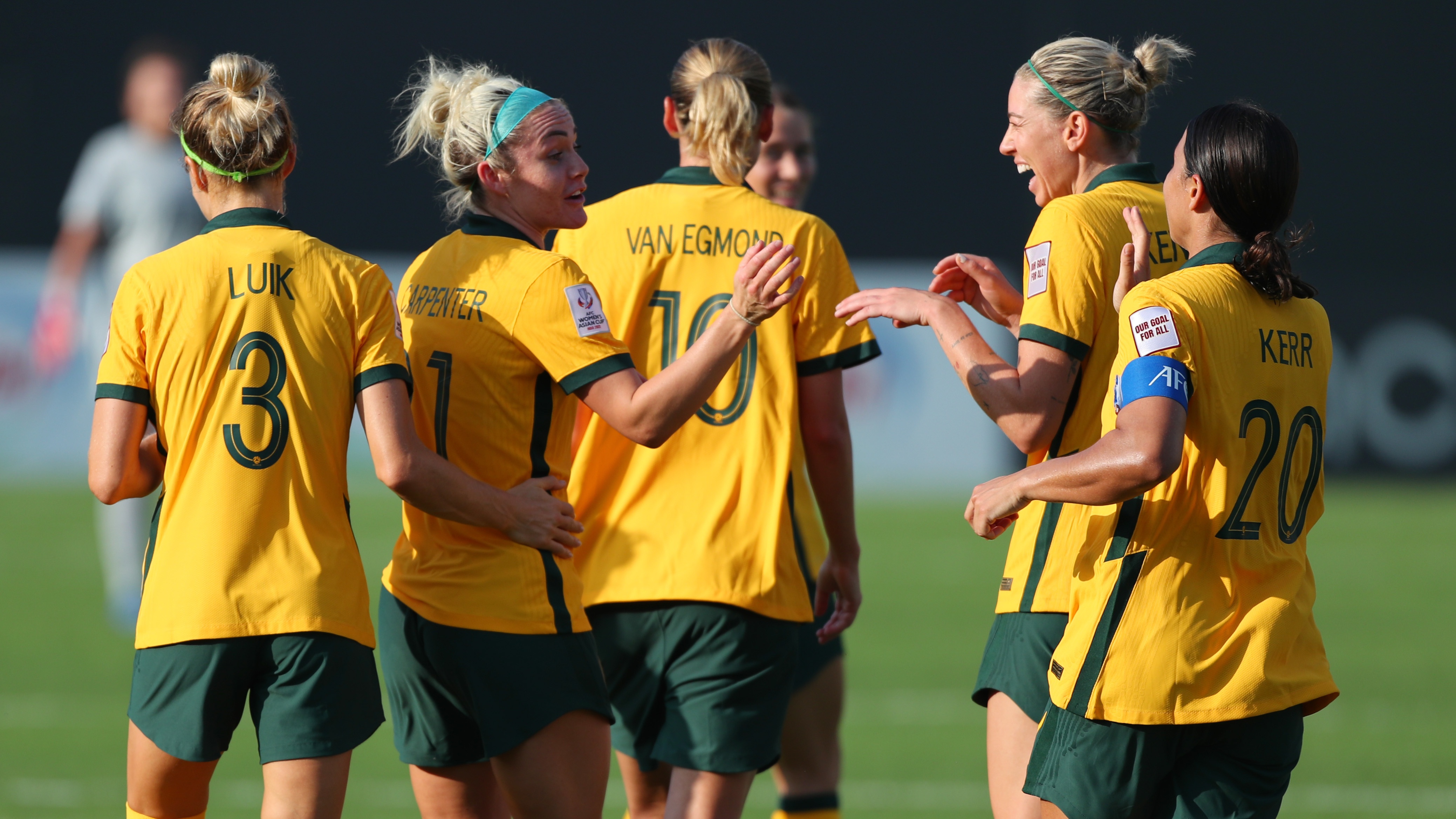 Sam Kerr’s first trip to India was always going to be special for the Matildas captain – but it’s already become unforgettable.

The superstar striker notched five goals in Australia’s remarkable 18-0 victory over Indonesia in Mumbai to begin their Women’s Asian Cup campaign on Friday.

That haul takes her to 54 goals for her country, surpassing Tim Cahill’s tally of 50 and making the 28-year-old Australia’s greatest international goalscorer.

It means the world to Kerr in her first visit to the homeland of her Indian-born grandparents, who migrated to Australia in 1969.

To break the record in the first game of her quest to secure Australia’s second Asian Cup title in a country where she has direct roots didn’t go unnoticed by the Chelsea forward.

“I definitely thought about that before the game. How special it would be for my family that I’m in India,” Kerr said.

“It’s my first time being here, so even just seeing the culture and when we drive here looking outside and seeing the people, everyone here has been so welcoming, and I know that there’s a lot of Indian fans out there that follow me.

“So it’s special for me to break the record but this adds that little bit. I guess it’s a bit more special doing it here in on Indian soil and in the Asian Cup, which is a really important tournament.”

Kerr’s haul could’ve been even greater had she not smashed a second half penalty against the crossbar but she had to content herself with the Matildas’ first five-goal haul since Kate Gill achieved the feat against Hong Kong in a 15-0 victory in 2007.

Fullback Ellie Carpenter – who had scored just one goal in 54 internationals – notched a double, as did second-half substitute Kyah Simon and in-form winger Hayley Raso.

There was one goal that stood out from the mammoth win for Kerr however and it wasn’t one of her own.

Instead she was thrilled for 36-year-old Aivi Luik, who marked her return to the Matildas after reversing her post-Tokyo Olympics retirement with her first goal in international colours to wrap up the scoring.

“She’s come back, the team needs her, she’s come out of retirement and to see her get her first goal, it’s amazing.

“I was just really happy for her because she kind of left that stone unturned when she retired. So that one stands out for me.”

Kerr’s team are top of Group B on three points, with the Philippines in second spot on goal difference following their 1-0 victory over Thailand.