Ketamine can give quick relief to patients hospitalised with suicidal thoughts 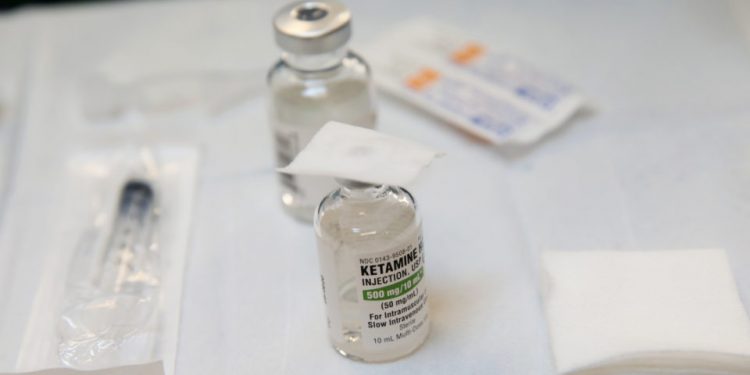 
One of the challenges of treating people hospitalised with severe depression is helping them give up the idea of killing themselves.

The problem is these patients are in acute psychic pain, and they believe their only option is to give up on life.

All of that changes when these suicidal thoughts are gone.

For clinicians, the question is: How to achieve that, and fast?

Yet another clinical trial has found that ketamine, the powerful anaesthetic and once-popular party drug, can rapidly cause these thoughts to vanish.

French researchers gave two doses of ketamine to 156 adults who were in hospital with severe suicidal thoughts.

Six out of 10 of those patients were quickly liberated from suicide ideation, some within a day.

By day three, 63 per cent were in full remission, compared to just under 32 per cent of patients who were given a placebo in addition to standard care.

This is why ketamine, in recent years, has become known as a “wonder drug” for patients with depression that resists regular treatments.

The beneficial effects of ketamine are short term.

After six weeks, there was no statistical difference in recovery between the study group and those given a placebo.

Although there’s speculation that ketamine could be provided on prescription and taken at home when a crisis looms, thus lightening the load of emergency departments, it can also cause hallucinations and other breaks with reality.

Also, ketamine can’t be reliably taken as a powder or pill, but as an infusion under medical supervision. Some patients experience a spike in blood pressure.

Another concern is that ketamine, because it works so well to alleviate mental pain, could spark an addiction crisis of a sort that has undermined the use of opioids.

Finally, researchers aren’t entirely certain how ketamine works on a distressed mind. And so it remains an experimental drug given “off label”.

Studies have found that recreational ketamine abuse damages the bladder.

Researchers demonstrated how ketamine present in urine causes damage to the epithelial lining of the bladder, allowing urine to penetrate underlying tissues that causes inflammation and extreme pain.

In some cases, this pain can be so extreme that patients need to have their bladder removed.

Meanwhile, somewhat ironically, recent research found that ketamine might be effective in the treatment of alcohol, gambling and food addiction.