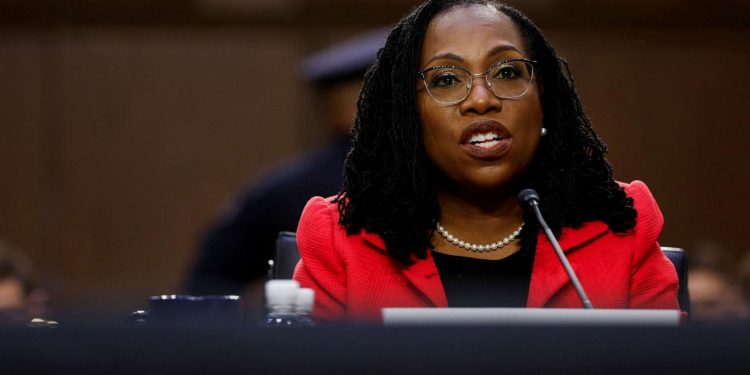 Sen. Ted Cruz, R-Texas, continued to attempt to paint Biden’s nominee, and his former Harvard Law School classmate, as an advocate for critical race theory in his questioning. Pulling one book title, Cruz asked if she agrees with kids being taught “that babies are racist.”

“When you just testified a minute ago that you didn’t know if critical race theory was taught in K through 12, I will confess I find that statement a little hard to reconcile with the public record,” Cruz said, going on to raise the fact that Jackson sits on the board of Georgetown Day School in Washington and to allege that school’s curriculum was “overflowing with critical race theory.”

“I don’t believe in any of that, but what I will say is that when you asked me whether or not this was taught in schools — critical race theory — my understanding is that critical race theory as an academic theory is taught in law schools and to the extent that you were asking the question, I understood you to be addressing public schools,” she continued.

“Georgetown Day School — just like the religious school that Justice Barrett was on the board of — is a private school,” she noted. (Justice Amy Coney Barrett served for three years on the board of Trinity Schools Inc.).

Refusing to back down, Cruz asked, “So you agree critical theory is taught at Georgetown Day School?”

Jackson replied the board does not control or focus on the curriculum at the school “so I’m actually not sure.”

Ofgem may be busy, but it must address Martin Lewis’s points | Nils Pratley