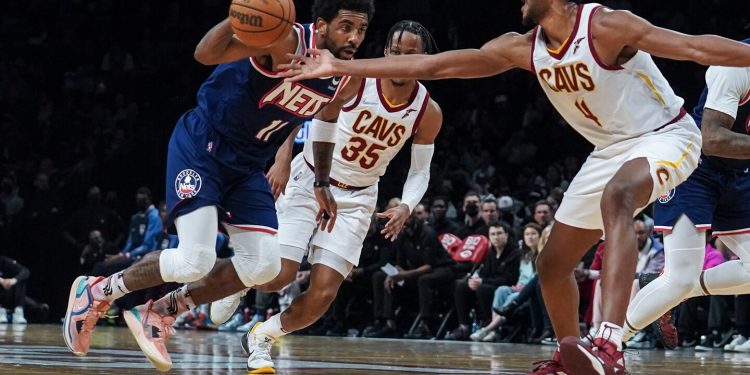 This is an excerpt from Ben Golliver’s NBA Post Up weekly newsletter. Sign up to get the latest news and commentary and the best high jinks from #NBATwitter and R/NBA delivered to your inbox every Monday.

The field for the NBA’s play-in tournament wasn’t set until the final night of the season, which is just how the league likes it.

“The core of what we’re trying to accomplish with the plan is driving regular season competition,” NBA vice president of strategy and analytics Evan Wasch said on a conference call Thursday, noting that 25 of the league’s 30 teams were still in the mix for the postseason in the final month. “[Having] over 80 percent of the league still competing for something with only four weeks left is really compelling to us.”

Mercifully, all the scenarios, tiebreakers and hypotheticals have been officially settled. Here’s a preview of this week’s play-in tournament, which features eight teams who are vying for the final two playoff spots in each conference.

It’s jarring to see the Nets, who entered the season as title favorites, forced to fight their way into the playoffs through the play-in, but it easily could have been worse. Kevin Durant missed 27 games and Brooklyn went 8-19 in his absence. Unvaccinated star Kyrie Irving wasn’t cleared to play in home games until last month. James Harden departed in a trade deadline blockbuster. Ben Simmons has yet to suit up since being acquired in the Harden trade. Joe Harris is out for the year. And Brooklyn, which finally claimed the tournament’s seventh seed on Sunday, was the East’s ninth seed as recently as Thursday.

Despite those misadventures, the Nets get to host the injury-riddled Cavaliers for their chance at a first-round date with the Boston Celtics. Given that Cleveland whimpered to a 3-8 finish to the season and the Milwaukee Bucks would have been Brooklyn’s first-round opponent if they hadn’t lost on Sunday, Durant and company should be thanking their lucky stars. Boston is a formidable opponent, but it’s best to delay the possibility of a rematch with Giannis Antetokounmpo for as long as possible.

What to know about the 2022 NBA play-in tournament

Durant said Friday that he didn’t believe the East’s top contenders were trying to manipulate the standings to avoid the Nets, and Celtics Coach Ime Udoka said Sunday that his organization was taking a “let the chips fall where they may” approach. Even so, it’s clear that the Nets are far more accomplished and talented than the typical seventh or eighth seed, and they are the play-in team that can harbor hopes of title contention. Milwaukee was wise to punt its finale and drop one seed, where it will enjoy a comparatively easier first-round matchup with the reeling Chicago Bulls.

While Brooklyn won three of its four regular season meetings with Cleveland and Durant was out for the only loss, don’t count on a one-sided affair. The Cavaliers were one of this season’s most pleasant surprises thanks to Darius Garland, Jarrett Allen and Rookie of the Year favorite Evan Mobley, and they finished the season with a better point differential than the Nets.

Cleveland pushed Brooklyn before losing 118-107 on Friday, and Garland scored 31 points in defeat. While multiple reports indicate that Simmons will miss the play-in game, Cleveland hasn’t ruled out Allen, who has been sidelined with a finger injury since March 6. If the Cavaliers can pull the upset, they will secure their first playoff appearance without LeBron James since 1998.

When it comes to the play-in format, Minnesota has cause to complain. The Timberwolves finished just two games out of the West’s sixth seed, which gets a guaranteed playoff berth, while boasting a four-game lead over the Clippers and a full 10-game cushion over the West’s other play-in teams. What’s more, they finished with the same record as the Chicago Bulls, who claimed the East’s final guaranteed playoff berth. Instead of resting all week, the Timberwolves must host the Clippers, who went to last year’s Western Conference finals, recently got all-star forward Paul George back in the lineup and are riding a five-game winning streak.

The Clippers went 3-1 against the Timberwolves this season, but those head-to-head results are largely irrelevant. Los Angeles’s three wins all came back in November, while Minnesota’s lone victory came with George sidelined in January. Brace for a battle: Patrick Beverley, a longtime emotional leader of the Clippers, will square off against his former team as the Timberwolves chase their second playoff appearance in the last 18 years.

“It’s not a Paul George versus Patrick Beverley matchup,” George said. “We’ve got to go through the Timberwolves and the Timberwolves have to stop the Clippers. I’m not even going to make that narrative.”

The winner will advance to face the No. 2 Memphis Grizzlies in the first round while the loser will need to win a second play-in game on Friday to draw the No. 1 Phoenix Suns. Minnesota went 0-3 against Phoenix and 2-2 against Memphis, so its hopes of advancing to the second round will rely heavily on its ability to take care of business against the Clippers.

If Hawks star Trae Young wants to reprise his role as playoff spoiler, he must first survive a do-or-die showdown with LaMelo Ball and the Hornets. Both teams boast top-10 offenses and bottom-10 defenses, so a shootout is likely. The Hawks and Hornets split the season series 2-2, and Young will be looking to atone for a season-low 9-point performance in a March 16 loss at Charlotte.

In addition to home-court advantage, Atlanta holds several other key edges. Young led the Hawks to the Eastern Conference finals last year, and their core players possess significantly more postseason experience than the Hornets, who haven’t reached the playoffs since 2016. Atlanta’s second-ranked offense is more formidable than Charlotte’s thanks to Young, who led the NBA in total points and total assists this season.

Meanwhile, Charlotte ruled out forward Gordon Hayward for the play-in tournament due to foot soreness, leaving Coach James Borrego without a key starter who boasts 29 games of playoff experience. The Hornets will therefore have their hands full trying to avoid a repeat of last year’s play-in, when they were destroyed by the Indiana Pacers, 144-117.

Whoever loses on Wednesday is out, while the winner will play a road game on Friday against the loser of Nets versus Cavaliers. The winner of that second play-in game will draw the top-seeded Miami Heat in the first round.

No team benefited from the play-in more than the Pelicans, who lost Zion Williamson to a season-long foot injury and opened with a 1-12 start. Under the old eight-team playoff format, New Orleans would never have been able to climb out of its early-season hole.

Instead, first-year coach Willie Green kept his team together and veteran guard CJ McCollum arrived at the trade deadline. When Brandon Ingram and McCollum have both been healthy, the Pelicans’ one-two scoring punch has delivered a 9-6 record and raised hopes of a possible first-round appearance. San Antonio beat New Orleans 3-1 in the season series, but Ingram and McCollum were both available in only one of the contests.

The rebuilding Spurs, who traded guard Derrick White for picks at the deadline, are probably surprised to some degree that they reached the play-in. Somebody had to capitalize on the Los Angeles Lakers’ collapse, though, and San Antonio overcame its 30th ranked clutch offense to sneak in. Dejounte Murray has led the Spurs in scoring, assists and steals to earn him his first all-star nod, but he missed five games with a non-covid illness before returning for the season finale.

“I randomly got sick and it sucks [that it happened] at this crucial time while me and the team are rolling,” Murray wrote on Twitter last week. “I lost 7-8 pounds and [have] been feeling awful.”

The loser of Wednesday night’s game will be eliminated, while the winner will go on the road to face the loser of Timberwolves versus Clippers on Friday. If the Pelicans or Spurs were to advance out of the play-in, they would be heavy underdogs against the top-ranked Suns, who reached the 2021 Finals and won a franchise-record 64 games this season.

‘It put everyone in a weird position’: Our waitress said a 20% service fee was added to cover benefits and health insurance, but that it was not a tip. Is this normal?

‘It put everyone in a weird position’: Our waitress said a 20% service fee was added to cover benefits and health insurance, but that it was not a tip. Is this normal?