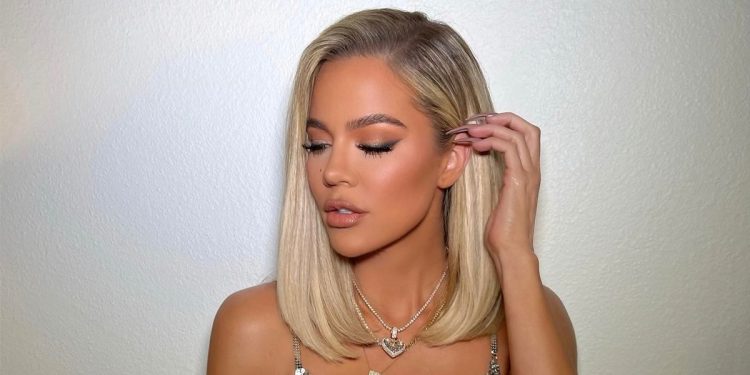 
After claims the Kar-Jenners were ‘flaunting their wealth’, Khloe Kardashian shared a snap of her daughter True with a staggeringly expensive bag – shaped like a doughnut

Khloe Kardashian treated fans to a pic of her daughter with a doughnut-shaped bag – which costs £3,000.

What isn’t quite as adorable is the price tag of her crystal-covered Judith Leiber bag, which retails from £3,100.

Proud mum Khloe, 37, captioned the pic: “Nothing sweeter than my girl.”

Many fans flocked to the comments section saying how sweet little True looked.

However Khloe was criticised last month after flogging her daughter’s old clothes on kardashiankloset.com.

Many of the star’s followers thought the Good American founder should have given the clothes to charity.

One posted: “Who would pay that much for children’s clothing? Let alone used. Who gives a damn about brand names?

“So disgusted when these clothes could be donated to people in need.

“Everything is about money with Kash-dashians! I gave all my stuff away to people that could use them.”

Another fan wrote: “Why in the world are you selling these?”

Khloe’s pic of True comes after her sister Kim, 41, shared snaps of herself cavorting on a private jet with her pals – having a ‘pyjama party’.

While most people are packed in like sardines after returning from their hols, Kim and pals Olivia Pierson and Natalie Halcro were stretched out on beds as they flew home from their trip together..

Kim larking about on her private jet

In the pictures, the girls posed in varying SKIMS outfits, all in the same shade of candyfloss pink.

Sporting a tiny crop top and hot pants the mum-of-four captioned her post: “Pajama Party on the PJ for @nataliehalcro ’s birthday!!!! Love you Nat!

“Def a member of the ride or die club.”

Delighted Natalie gushed in response: “Best Bday sleep over ever. Love you.”