Khloe Kardashian: Tristan Can’t Hurt Me Ever Again! I’m Numb to His Awfulness! 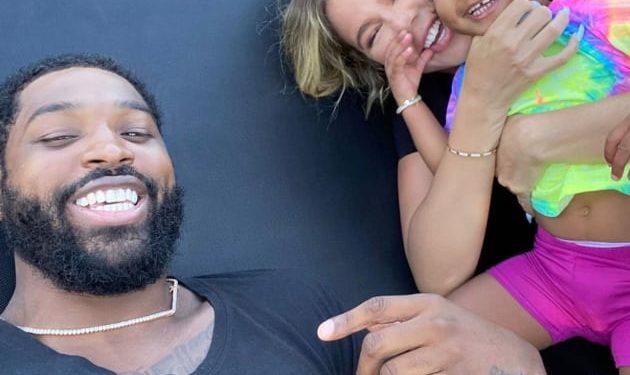 Khloe Kardashian has been there with Tristan Thompson.


On more than one occasion.


Heck, on more than two occasions.


Thompson was sued in December by a woman named Maralee Nichols.


She claimed in these documents that she slept with Tristan back in March 2021 and had become pregnant as a result.


(Yes, Tristan was dating Khloe at the time of this sexual encounter. Because of course he was. Because he isn’t an ethical person.)


Nichols was suing Tristan for paternity at the time, even releasing text messages he had allegedly sent her that included a bribe for her to get an abortion, along with a threat that he’d never play an active told in their child’s life.


Eventually, a DNA test was performed.


And, to no one’s surprise, Thompson was proven to be the baby boy’s biological dad.


Tristan — who has a daughter with Khloe and also a son with an ex-girlfriend, who he left to be with Khloe — then issued a statement, at last taking responsibility.


“Today, paternity test results reveal that I fathered a child with Maralee Nichols. I take full responsibility for my actions,” the Chicago Bulls power forward said on Januay 3.


“Now that paternity has been established I look forward to amicably raising our son.


“I sincerely apologize to everyone I’ve hurt or disappointed throughout this ordeal both publicly and privately.”


Nichols has since said that Thompson has nothing to do with his kid at all. Not in any way, shape or fatherly form.


“My actions certainly have not lined up with the way I view you. I have the utmost respect and love for you. Regardless of what you may think.


“Again, I am so incredibly sorry.”


Khloe has said scarcely anything since this controversy went viral.


In an interview with USA Today, the Hulu star said the toughest thing to film for her family’s new Hulu series was the moment Kim Kardashian called her to let her know Tristan had confessed to fathering a baby with Nichols.


“That was hard,” Khloe said, while Kim also spoke to the outlet and said: “I think that was hard for me too.”


Khloe went on to emphasize that while the pain “doesn’t get easier” to handle, she has become more “numb” to almost anything Thompson does at this point.


“When you’re hurt so many times, your reactions, your responses to the same thing happening over and over again — there is a numbing sensation to it,” she explained to the newspaper.


Thompson, of course, cheated on Khloe when she was 8 months pregnant and then cheated on her again after they reconciled.


Added Kourtney Kardashian in this same interview of Tristan’s wandering and unprotected penis:


“It almost becomes normal, when it should absolutely never become normal.”