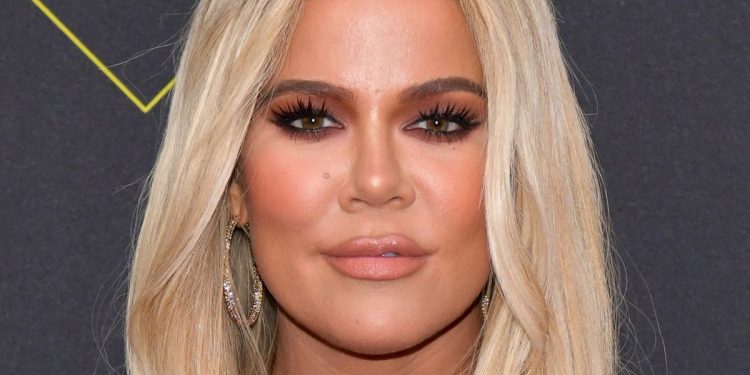 Khloe Kardashain has been savaged by her fans after she tried to share a message about body positivity a year after she effectively tried to sue the internet after unflattering images of her circulated online.

The fame-hungry 37-year-old reality star sparked ridicule last year when she went to great lengths to have an unedited photo of herself removed from the internet after an assistant accidentally shared it online.

The star hired a crisis management team who sent legal threats to people who shared the image – igniting a backlash against the star for her extreme reaction and for underscoring the fact that she has a fake image that she promotes and real image that she is seemingly embarrassed about.

If Khloe had hoped that the backlash that started last year had gone away, she had a rude awakening on Wednesday when she tried to share a message about body positivity.

Taking to Instagram, the TV star shared a new campaign image of herself surrounded by different sized models who were all wearing her Good American brand products.

She wrote an ‘inspirational’ caption along with the image, typing: “Good American has always been more than just a fashion brand – it’s a platform for inclusivity and body positivity.

“We’ve worked hard to be a brand that empowers women, by redefining what is valued or even allowed in fashion by breaking down barriers and challenging dated norms.”

But fans furiously lashed out at the star for claiming she celebrates all sizes and appearances when she seemingly couldn’t even bear to see an unflattering image of herself circulate online in April last year.

One follower mocked the star, writing: “Body Positivity… tries to get a natural photo of herself legally wiped from the internet.”

Another typed: “It’s been what, a year since you tried to kill a pic of you in a bikini unfiltered yet expect people to believe you promote positive body images…”

A further fan slammed the image and caption, writing: “Virtue signalling from the OG body-negative.”

Last April, Khloe desperately tried to have this unedited image erased from the internet
(

The Kardashians have been slammed for creating ‘impossible standards’ of beauty
(

While another worded things more colourfully and also hoped to start a campaign to boycott the Kardashians, writing: “How about Khloe worked hard as f**k to get the unedited picture of her in a bikini washed from the internet…..

“Khloe also worked hard at posting edited and filter photos of her self all over the internet, polluting the minds of the young woman following her.

“They been selling us lies for 20 years now- we have made them billions of dollars. Enough is enough.”

But this wasn’t the only issue with the image – as many fans noticed that Khloe wasn’t even wearing Good American products in the image, suggesting she’s perhaps too embarrassed to be caught dead in her own fashion brand.

One noted: “And your wearing Balenciago not even your Brand? Yep great advert.”

And a further fan advised: “Maybe instead of wearing Balenciaga , you should be wearing Good American?”

Things were worse still when some followers slammed Khloe for failing to be patriotic enough and have accused her of hijacking the American dream to benefit no one but herself.

One furious follower hit out at her post, writing: “funny how your company is called Good American yet you do nothing to point out or support what it means to be a Good American. No posting of the American Flag. No support of our Every day Heros and Military… Your just here to earn another dollar babe!”

The reality star is far more groomed these days
(

But some were appreciative of Khloe’s post, with one writing: “In love with the diversity” as they took note of the range of body sizes and ethnicities in the photo.

And another gushed: “So glad you rep those of us that don’t fit in the box I have one pair & love the jeans!”

Mask-Wearing Will Continue in Some Situations: Polls

Mask-Wearing Will Continue in Some Situations: Polls