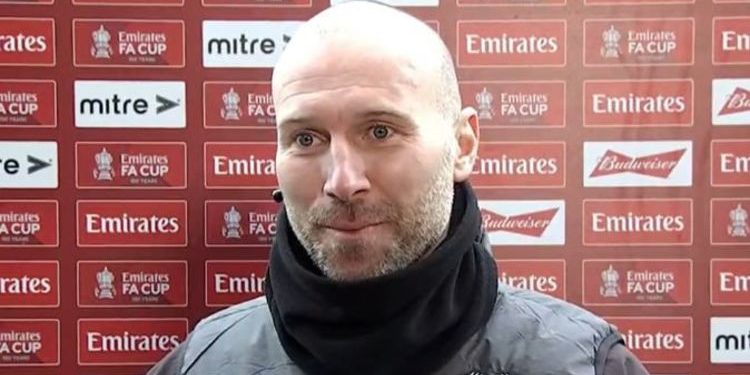 
Kidderminster Harriers boss Russell Penn has come clean on David Moyes’ full-time confession after the National League North side conceded two heartbreaking injury time goals against West Ham to crash out of the FA Cup. Harriers were the lowest-ranked team left in the competition, and suffered agony in the minutes added onto both normal time and extra time at Aggborough.

Alex Penny sent the capacity home crowd into raptures inside the first 20 minutes by calmly slotting home amongst a crowded penalty area.

Many expected the Hammers to rally, but Harriers, more than 100 places below West Ham in the league standings, found it hard to gather momentum amid a raucous atmosphere.

Moyes was forced to introduce the heavy-hitters after the break, and Declan Rice was on hand to send the match into extra-time thanks to a well-taken 91st-minute equaliser.

Once there, Harriers again found an extra gear, and with penalties beckoning, Jarrod Bowen found himself in the right place to stab home and stun the West Midlands crowd with virtually the last kick of the game.

JUST IN: Steven Gerrard could benefit from Jurgen Klopp’s plan if he replaces Liverpool boss

“To take a team like [West Ham], which was full strength for the last 50 minutes, to extra-time and nearly penalties is a credit to the group.

“I don’t think [we would want replays to make a comeback]. We were one minute away from winning the game.

“To have an atmosphere like that today, I think the energy around the place was supberb. We need [the fans] now more than ever.

“David [Moyes] has been great. We spoke before the game and we’ll speak in a bit.

“He said some really kind words at full-time, he said his side didn’t deserve to win.

“He’s got a lot of respect for us and likewise. He’s one of the best.

“I don’t believe [they were the better team]. I think they plugged away and stayed in the game. But I thought we were excellent.”