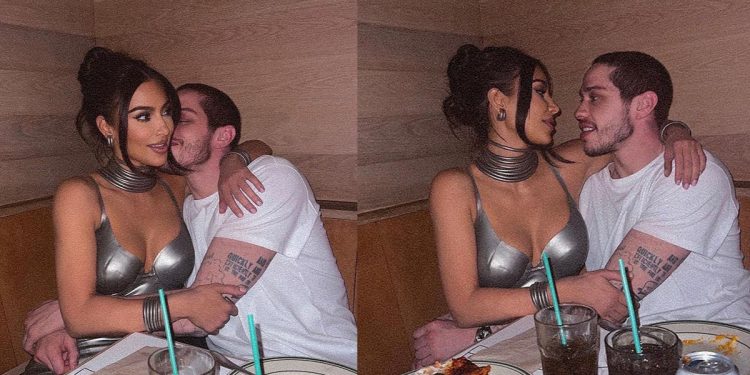 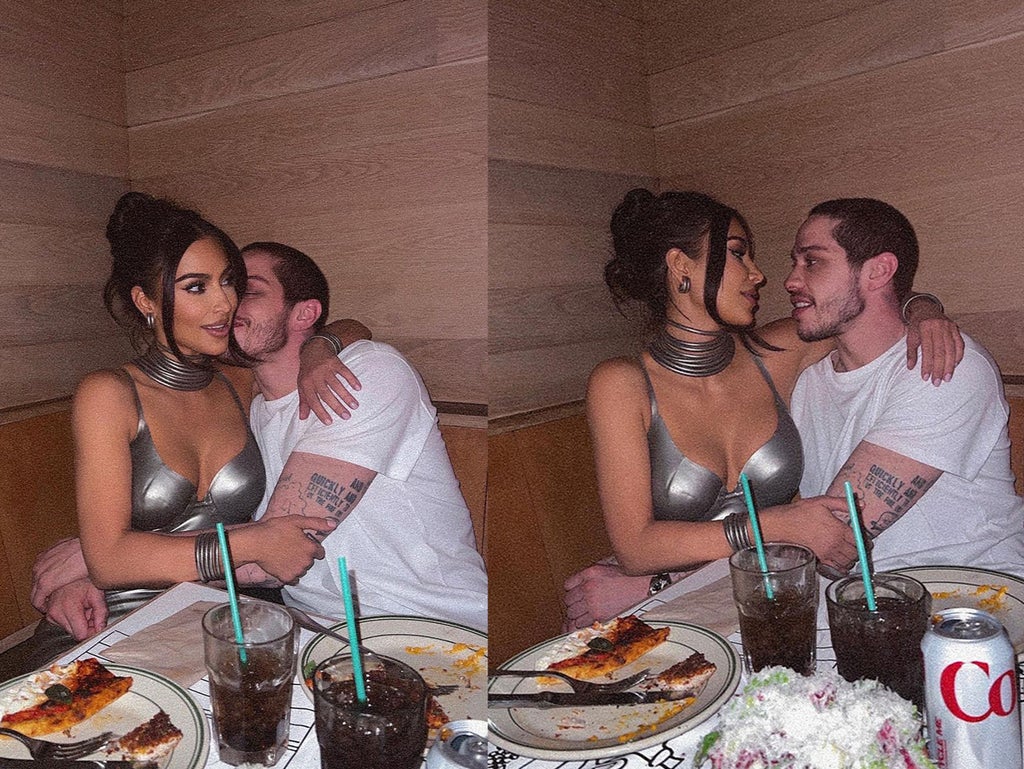 Kim Kardashian has shared a rare photograph with boyfriend Pete Davidson on Instagram.

The Skims founder, 41, has shared very little insight into her relationship with the Saturday Night Live star since they started dating last year.

However, in a snap taken after the premiere of her new Hulu series, The Kardashiansthe couple can be seen sharing a PDA moment.

In the image, Kardashian is seen wearing the silver latex bodycon dress she wore to the premiere, while Davidson is in a simple white T-shirt with his arms wrapped around his girlfriend.

The couple are sat at a table in a restaurant with empty plate of food in front of them.

It has since received more than 8.7 million likes and thoursnds of comments from fans and friends, including Kardashian’s sister, Khloe, who wrote: “Can you be any cuter?” and “stop” in two separate comments.

The post follows an interview in which Kardashian spoke about her relationship with Davidson, detailing how they spoke to each other a month before her Saturday Night Live debut and prior to dating.

The Skims founder hosted SNL at the beginning of October during which she appeared in a sketch with the 28-year-old comedian, where he played Aladdin and she was Jasmine. The soon-to-be-couple shared an on-screen kiss.

The reality star recalled an interaction with Davidson before SNLthough, at the Met Gala last September during the first episode of Hulu’s upcoming showThe Kardashiansaccording to Page Six.

In the show, Kardashian said she was “so scared” to be on SNL and so she asked Davidson for advice.

“I ran into Pete Davidson at the Met and I was like: ‘I am so scared. I don’t know what I signed up for,’” she said, according to the outlet. “And he’s like: ‘Can you read cue cards? You’re good. You’re good.’”