Kim Zolciak, 43, and her daughters Brielle, 24, and Ariana Biermann, 19, all wear the same swimsuit

And her daughters Brielle, 24, and Ariana Biermann, 19, have been dutifully modeling the suits on social media to help drive sales.

This week all three ladies wore the exact same leopard print bikini while on the beach, landing them in another bikini face off. 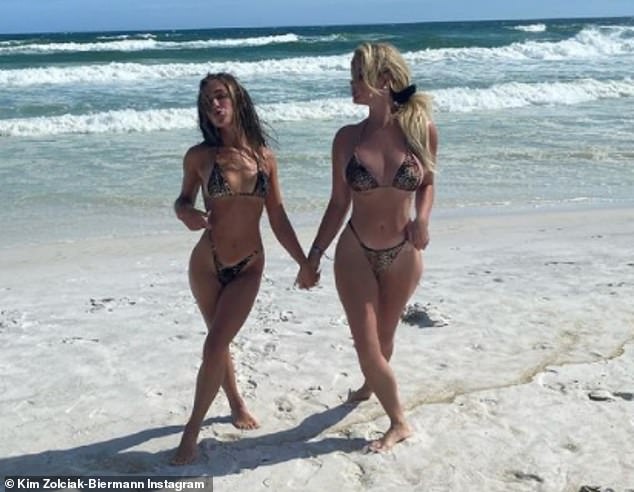 Double the trouble! Kim Zolciak, 43, has a swim line called Salty K. And her daughters Brielle, 24, and Ariana Biermann, 19, have been dutifully modeling the suits on social media to help sales. This week all three ladies wore the exact same leopard print bikini landing them in another bikini face off 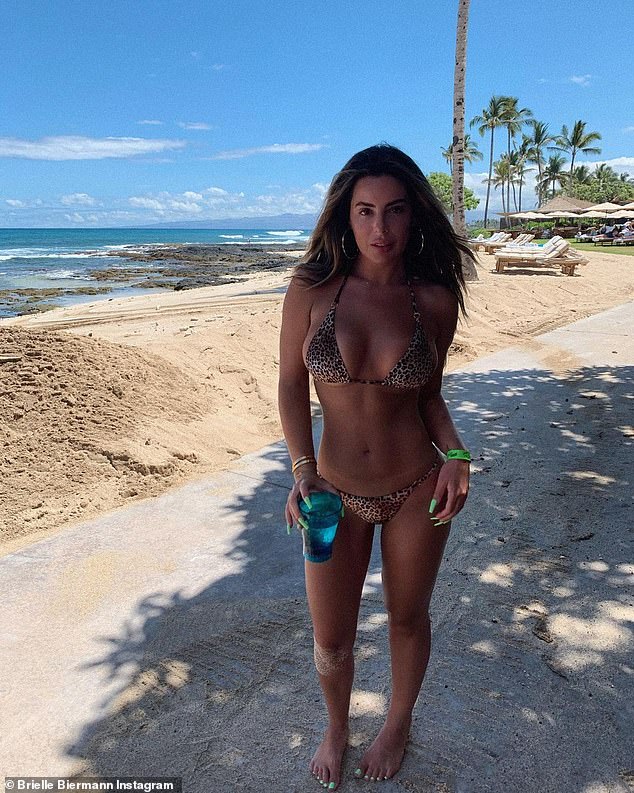 She did it too: Brielle tried on the same suit a few days later as she enjoyed a cold drink

Kim looked incredible in the suit which has a triangle top and tiny briefs. And her daughters proved the apple does not fall far from the tree as they also looked stunning in the little bathing suit.

This comes after Brielle wore a red bikini from Salty K.

The influencer looked stunning as she had a toned body with impressive abs and sculpted arms while in the tiny two piece. ‘Craving the ocean per usual,’ she said in her caption. 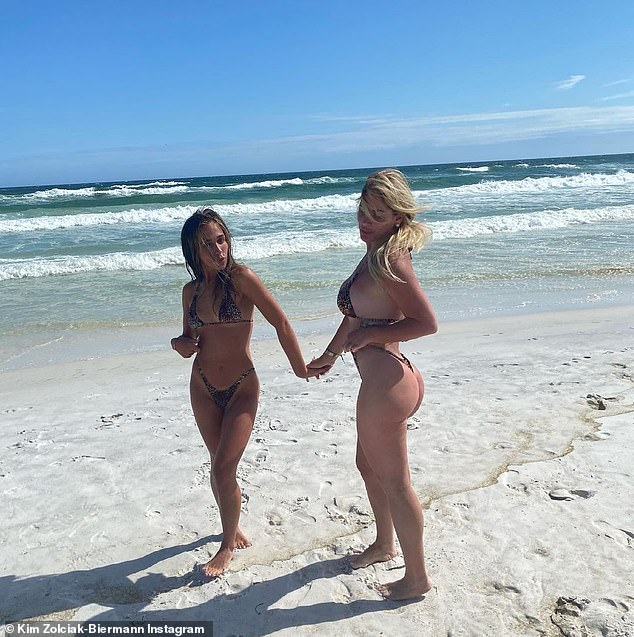 Salty daze: The mother and daughter duo held hands on the beach while pouting 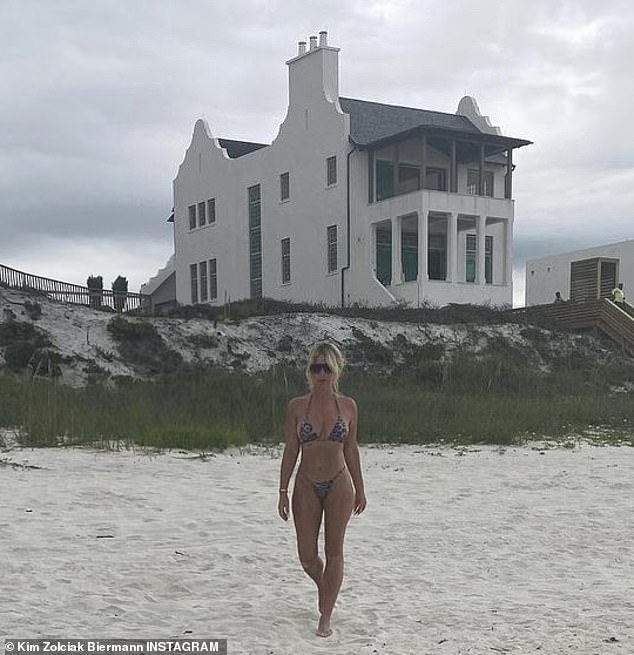 Now on her own: The mama bear looking svelte in the sexy two piece while on the beach 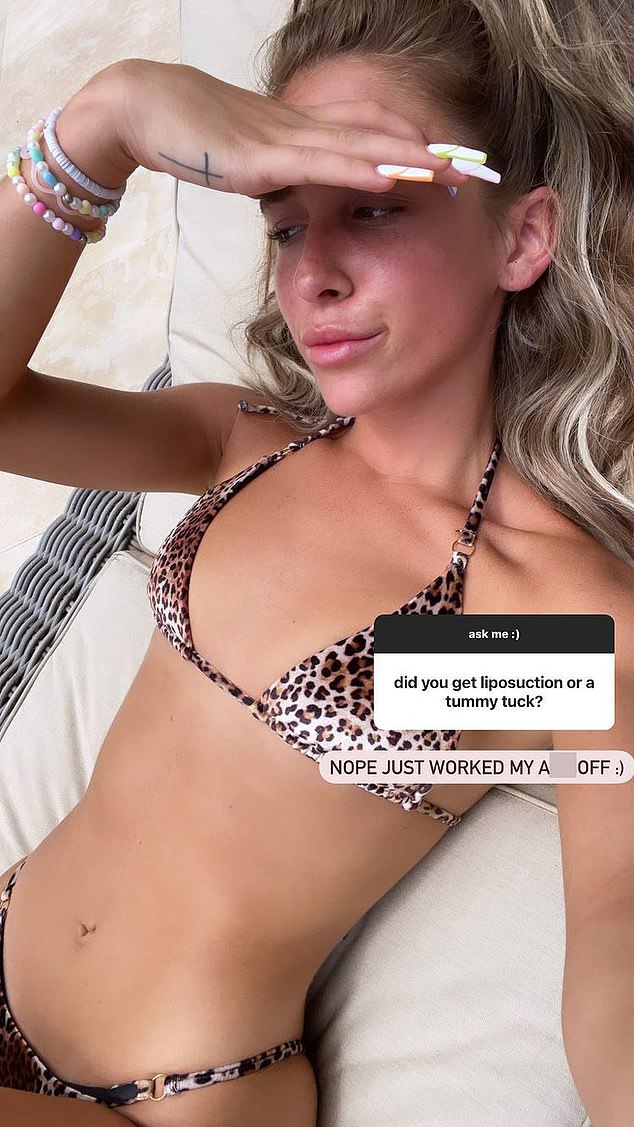 Ask her anything! Ariana had the suit on here too when she revealed she didn’t get a liposuction or tummy tuck as she took part in a Q&A over the weekend

In Brielle’s new images she was on a fire engine red swing with a heart frame around her while at the Atlantis resort. The large hotel could be seen in the background.

The looker wore her hair down and had on pretty makeup as she posed away with three images making her Sunday post.

The star is best known for being on Real Housewives Of New Jersey and Don’t Be Tardy. She was recently on the Bravo Kids special with Andy Cohen.

Meanwhile her younger sister Ariana Biermann hit back at eating disorder speculation with a lengthy message detailing how exactly she shed nearly 50 pounds over the last few years. 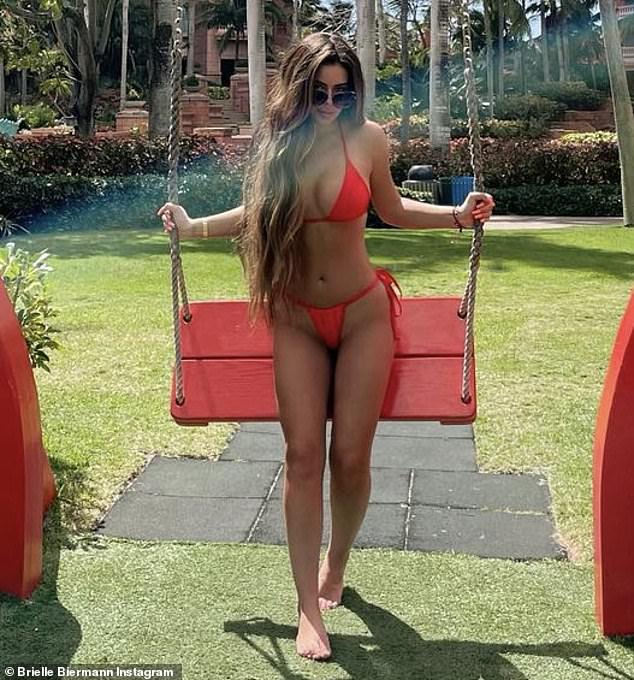 Red-y for fun on the shore: Brielle posed in a red bikini while on vacation this weekend

In a lengthy message posted to her Instagram Stories, Ariana slammed the speculation and insisted it took several years of hard work for her to gradually arrive at the weight that she is at today.

‘I worked my a** off to get to were I am today. I am not sick. This is ridiculous and awful to say to someone. Stop commenting on peoples bodies and worry about yourself.’

To achieve her weight loss goals, Ariana says she went on runs wearing a waist trainer in 90 degree heat, counted calories, and hit the gym.

‘I wish I could give yall some insane secret to get skinny overnight but I can’t. That’s not what I did. I ran 3-5 miles a day with a waist trainer on in 90 degree weather. It was hell. I went to the gym, and worked out.

‘I went into a caloric deficit. I did intermittent fasting. I counted my calories. I ate healthy. I stopped snacking. I didn’t drink soda anymore… So it is a process. It takes time. But believe in yourself. Do it for you. You got this s**t!’ 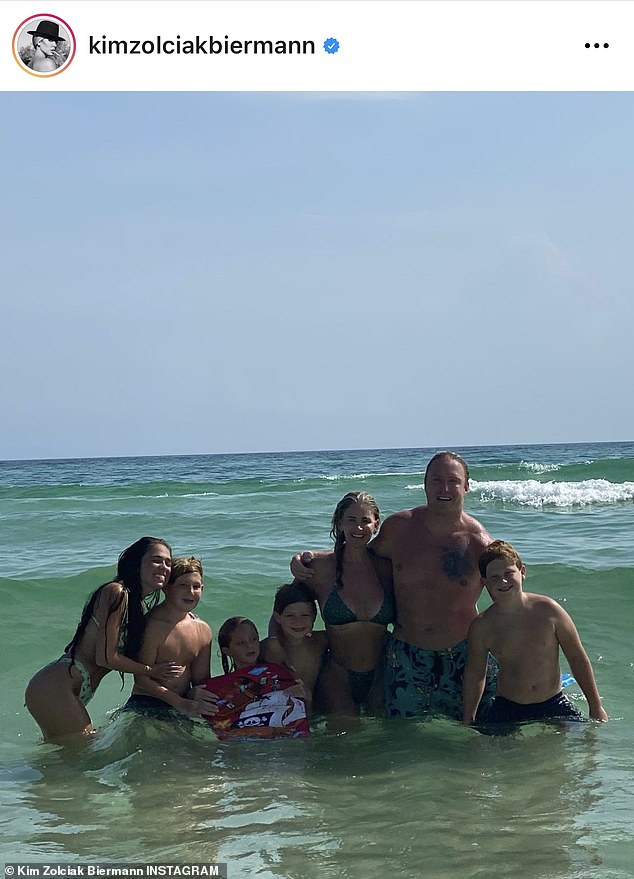 Family time: Kim and her husband with their kids, including Ariana

The posts included images of Ariana throughout her exercise journey, such as shots of the reality star posing in front of the mirror following one of her many workouts.

‘It was not easy. But it was the best thing I ever did for myself and my body,’ Ariana wrote in a photo of herself looking fresh from a workout.

And her self-confidence was evident.

‘I’m so happy with myself. I’ve never felt so beautiful,’ she described one photo of herself frolicking on the beach in her blue swimsuit.

The message comes just days after Ariana hosted a Q&A on her Instagram Stories, where she fielded questions about her weight and lips.

Asked if she had ever gotten liposuction or a tummy tuck, she replied: ‘Nope just worked my a** off :)’ 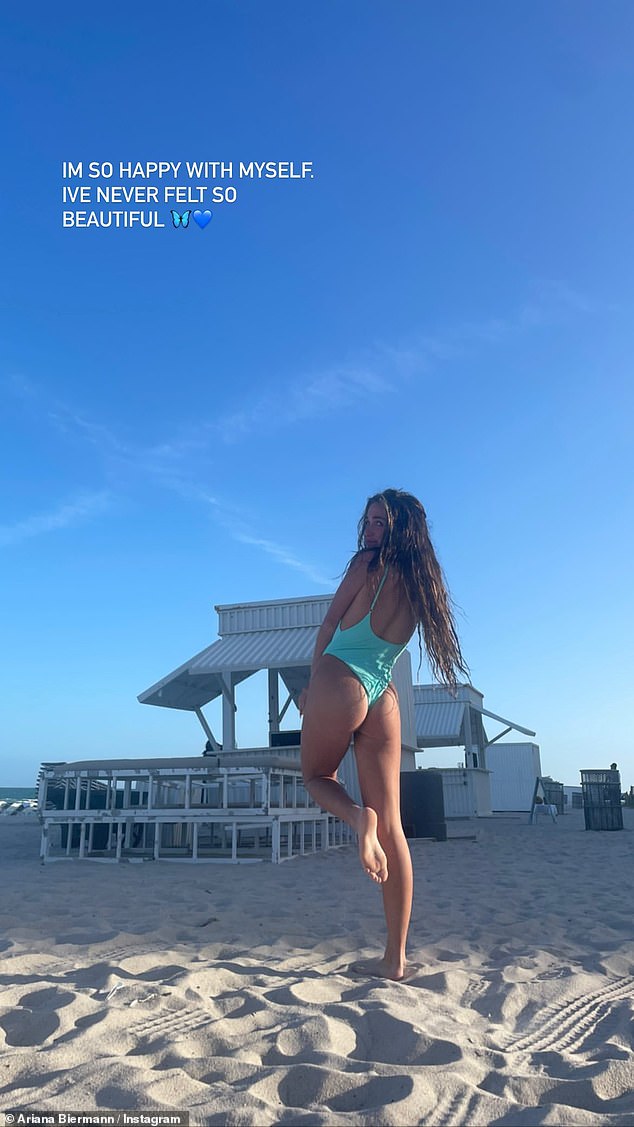 ‘I do not have an eating disorder’: Ariana Biermann has hit back at eating disorder speculation with a lengthy message detailing how exactly she shed 50 pounds over the last few years

A few slides later, another question read, ‘did you get your lips done’.

Ariana shared a selfie from the car with her pout front and center, with the caption ‘Sure did 🙂 and I f**king love them. Best thing I ever did’.

Another question from one of her 653K followers asked, ‘do you have jaw filler?’

To this, Ariana provided a brief video selfie that showed her beautiful jawline as she reclined.

She wrote in the caption simply, ‘LOL No’.

Puppy Still Missing After Being Left At Unlicensed Kennel

Puppy Still Missing After Being Left At Unlicensed Kennel