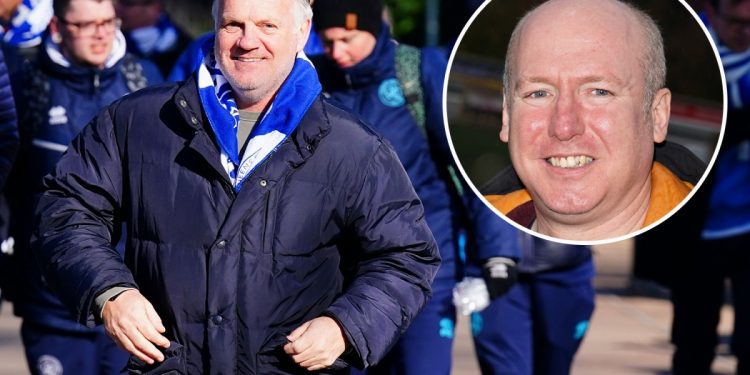 
ANDY SINTON is best remembered for a playing career that saw him capped 12 times for England and star for QPR, Sheffield Wednesday and Tottenham in the top flight.

The former midfielder, 56, also earlier played for Cambridge and Brentford and wound down his professional playing days at Wolves, before a spell in non-league with Burton, Bromsgrove and Fleet.

But now he is actively and passionately giving something back to a game that served him well and its fans by being a QPR club ambassador, working with their Community Trust.

On Saturday, he was part of an army of 60 walkers — including R’s legend Marc Bircham — that strolled from Craven Cottage to Loftus Road via the banks of the Thames before QPR hosted Fulham in the Championship.

They were raising money for the club’s Down’s syndrome team QPR Tiger Cubs — kicking off the EFL’s annual Week of Action — a superb programme which runs until Friday and sees all 72 clubs showcasing work they do in their communities.

But, trust me, this is not some sort of yearly box-ticking exercise — clubs are actively running schemes virtually every day of the year, which often goes unnoticed. 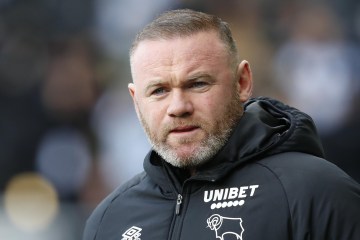 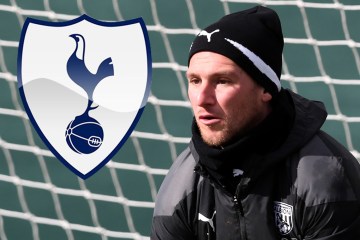 During what has been turbulent times, caused by Covid, the Russian invasion of Ukraine and the cost-of-living crisis, never has the work that goes on behind the scenes in the EFL to help support those in need been brought into sharper focus.

Sinton admits he has been “emotionally choked” and “humbled” by some of the work — no more so than during the dark days of lockdown when QPR ran a phone support project called R You OK?

He told me: “I was ringing around fans who had sadly lost a loved one, or had someone dear to them in hospital, or were struggling with the furlough system or the loss of their jobs.

“Some of the calls were very challenging. I even spoke to people who themselves had been told they just had days or weeks to live!

“I’d sometimes come off the phone and would be choked up at the end. I felt privileged and humbled to be able to help comfort people during difficult times.

“Everyone was affected by the pandemic in some way — even footballers were.

“They had some of the same problems, like not being able to see family, or having elderly vulnerable relatives, or being worried about sending their kids to school because of the risk of bringing the virus back.

“I became a grandfather for the first time and was unable to see my granddaughter, while my wife had elderly parents. Everyone had their own story to tell.

“But if there was one good thing that came out of the pandemic, it was the work clubs up and down the country did for their communities during that time.”

The fundraiser on Saturday was the 12th walk for the Tiger Cubs.

Previous events have included walks to Crystal Palace — or from the training ground to Loftus Road to coincide with a home game.

Sinton says the time always goes quickly as he gets to talk to supporters about his own era, the current day or just talk about life generally.

He said: “I always feel so privileged to be working for the club — because we moan and groan about certain things but there are so many people who are experiencing far worse problems and it puts it all into perspective.

“Look at these Tiger Cubs. Despite their difficulties, they just get on with life. It’s so humbling and an honour to be involved.”

The Tiger Cubs themselves joined the walkers for the last part of the journey and also were welcomed on to the pitch at half-time.

Sinton said: “With the cost-of-living crisis, I know it’s very hard for so many people — but I do ask if the public can dig as deep as they possibly can.

“The funds pay for things like refreshments for the kids and trips to give them something to look forward to. Every pound matters.”

EFL clubs, using the power of football, invest an impressive £59million annually into their communities, engaging with some of society’s most vulnerable.

Some of the events include Wigan hosting a football session for Afghanistan refugees and Cardiff running a project that supports armed forces’ veterans who are at high risk of social isolation and loneliness.

Portsmouth are hosting an amputee football session, Coventry aid dementia sufferers or those with cognitive impairments to become more active and Luton are running four Fit Fans sessions to promote healthier living in the community.

U’S CAN BE SO PROUD

SUTTON making yesterday’s Papa John’s Trophy final is one of the biggest fairytales in English football.

For Matt Gray’s side to be in a Wembley final in their first-ever EFL season AND challenge for a place in League One is the result of a club that has been superbly run for years.

When you look at huge clubs like founder Premier League side Oldham fighting for their very survival and bigger teams like Notts County, Stockport, Wrexham, Chesterfield, Grimsby and Southend slumming it in the National League, it just goes to show size doesn’t matter.

All these so-called big clubs have been mismanaged while the U’s — despite yesterday’s extra-time defeat to Rotherham — have slowly built their club over decades, never away from their community roots and spending money within their means.

They are a credit to football.

CHAMPING AT THE BIT

IF ANY further proof that the Championship is one of the greatest leagues in the world was needed, cast your eye at the table as we enter the final month of the season.

Half the clubs can still dream of playing Premier League football come August.

There is not a division I know in the world that is as competitive and consistently inconsistent.

Fasten your seatbelts, this last lap is going to be one hell of a ride.