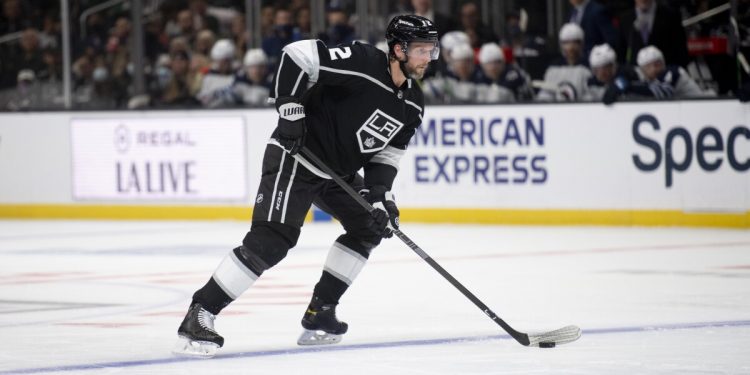 Leon Draisaitl and Connor McDavid scored in regulation and then again in the shootout, lifting the Edmonton Oilers to a 4-3 win over the L.A. Kings on Wednesday night.

McDavid added an assist to get to 100 points for the fifth time in his career. Cody Ceci also scored and Mikko Koskinen had 38 saves for the Oilers, who have won eight straight at home.

The victory was Edmonton’s second in a row and moved the Oilers within a point of Los Angeles for second place in the Pacific Division.

Alexander Edler, Quinton Byfield and Carl Grundstrom scored in regulation for the Kings, who have lost three of their last four games.

Los Angeles started the scoring three minutes into the game with a goal on its first shot. Edler floated a shot from the point that ticked a defender and got past Koskinen.

Edmonton tied it less than four minutes later when Ceci skated in and sent a wrist shot glove side past Jonathan Quick.

The Oilers went up 2-1 with two minutes to play in the opening period. Zach Hyman muscled a backhanded pass through the crease to Draisaitl, who scored his 49th goal of the season, tying Toronto’s Auston Matthews for the league lead.

Five minutes into the second, McDavid notched his league-leading 100th point, sending a pass from behind the net that bounced in off of Alex Iafallo.

Just 47 seconds later, Byfield created his own space and ripped a shot past Koskinen. And just 14 seconds after that, the Kings tied it at 3 when Grundstrom stole a puck in a battle in front of the net and scored his eighth.

The Oilers had an apparent go-ahead goal called back because of goaltender interference.