Knife crime: The ‘perfect storm’ that’s made our capital more dangerous than ever 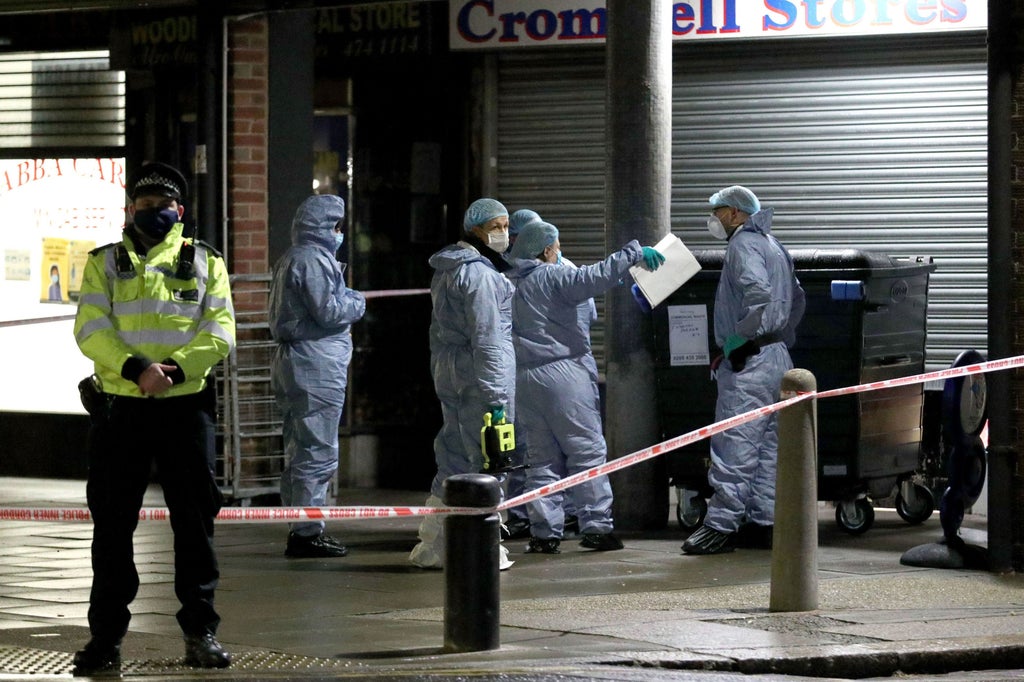 hen violent teenage deaths fell by nearly 40 per cent last year, from 26 to 15, and knife crime dropped off the front pages, some people thought serious youth violence had gone away — but not London’s youth workers.

Those who work on the frontline braced themselves for when London opened up, knowing that Covid had exacerbated inequality for disadvantaged youths. They told the Standard we face “a perfect storm” of underlying factors that have coalesced to make our capital more dangerous than ever. We condensed the complex picture into five key points. This is what they said.

During lockdown, ‘beefs’ never went away, they went online

Young people couped up in their homes 24/7 during lockdown spent more time online than ever. Grudges got nursed and social media became even more of a battleground for settling scores. Junior Smart, founder of the SOS Project at St Giles Trust, said: “During lockdown the beefs went online, but as soon as London opened up, pent-up feuds got resolved with violence. Social media adds another layer and with people recording and posting attacks, it can bring reprisals. There was one sickening clip that showed a young stabbed person lying in a pool of blood and fighting for his life. It had thousands of views before the social media provider took it down.”

Mark Murray, co-founder of Youth Futures which works on the Brandon estate in Camberwell where three teenagers were murdered in 18 months, said: “Based on what we’re seeing, it’s old beefs being reignited against a backdrop that Covid has made the differences between the haves and have-nots a lot worse.”

The youth endowment fund, set up by by the Home Office in 2019 with £200 million to be spent over 10 years, supports charities tackling youth violence and has been welcomed. But this has to be set against funding for youth services which has fallen 70 per cent since 2011, causing the closure of 750 youth centres. The Government has spent 90 per cent of its youth budget on the National Citizen Service — £1.3 billion since 2011 — prioritising its three-week summer programmes for children of mostly middle-income families over grassroots organisations struggling to support the vulnerable. Then, with £37 billion allocated to test and trace over Covid, the realisation that big pots of money could be deployed if the Government deemed it a priority added to their sense of being ignored.

A spokesman for Juvenis, a charity supporting at-risk young people, said: “The impact of austerity and cuts is that places where young people feel safe, such as youth clubs and boxing gyms, are no longer there. We see young people who have fallen out of education and can’t see a future for themselves. This makes them live entirely in the here and now and taking more risks. It puts them and others in greater danger.”

Eliza Rebeiro, founder of Lives Not Knives, said: “When we ask young people aged 14-18 why they carry knives, they’re nonchalant about it. Some don’t believe their life matters. There’s a sense of no hope and so everything becomes in the moment. That question people ask a kid — what do you want to be when you grow up? — they don’t seem to think about that.”

Covid and lockdown has led to unprecedented delays of more than eight months in children getting the mental health support they need after being referred to Child and Adolescent Mental Health Services. Junior Smart of St Giles Trust said: “People arrested for knife crime have often been victims in the past. Understanding the victim-perpetrator overlap is a key part of the trauma-informed approach that seeks to address adverse childhood experiences. If we don’t give young victims the mental health support they need, we lose the opportunity to break the cycle.”

Mahamed Hashi, a detached youth worker and Lambeth councillor, said: “It makes a mockery of the trauma-informed approach if there is no mental health support for young people under stress. Young people know it’s a huge risk to carry a knife and many who’ve been victims or witnessed violence feel deep fear when they go out, so unless we give them another way to feel ‘safe’, they are going to carry.”

Community and police relations at a low

Youth workers acknowledge the difficult job police do, but say funding cuts have led to the withdrawal of school safety officers and safer neighbourhood teams — the glue for community relations. They say the kneejerk response to knife crime is to increase stop and search but that the focus on black youths — 19 times as likely as whites to be targeted — has meant that trust between the black community and the police is at an all-time low. This has a knock-on effect because when police call for help from witnesses to step forward, they are asking for support from people who feel they have been stigmatised and face a wall of silence. Mr Smart said: “Over 80 per cent of stop and searches come up empty, so eight of 10 people come away with negativity towards the police. There is no liking for the police, even among primary school children.

“I appreciate what a tough job they have and that there is some good practice. But officers get promoted for arresting people. Why not commend them for improving relationships with the community?”

The 70 per cent rise in children permanently excluded from school in the seven years to 2020 has been linked to soaring numbers of young people being recruited into the county lines drug dealing network and is seen as a significant factor contributing to knife crime in London.

A study of 100 teenage boys caught up in county lines by St Giles Trust revealed that every one had been permanently excluded or spent time in a pupil referral unit. An Evening Standard investigation last year revealed that 90 per cent of boys locked up in Feltham Young Offender Institution had been excluded from school.

Charli Nwaordu, a street team co-ordinator for Prospex, a charity supporting disadvantaged youth in Islington, said: “We had a young person who went from being excluded to dead in six months. It was shocking because we were successfully helping this boy who had problems at home but the moment he got kicked out, it was like an avalanche to disaster. The message from the system was ‘you don’t belong’ but the message from the county lines gangs who groomed him was just the opposite. We need to work harder to keep them in school.”

Ms Rebeiro said: “Many excluded children have special educational needs or mental health issues that are not diagnosed or are supported too late, because once the child is excluded the damage is done. The Government is not getting it. We need them to help schools create inclusion units [like in Glasgow where they cut exclusions to zero] so that struggling children can be supported rather than sent away to be somebody else’s problem.

“It should also be mandatory for schools to educate children and teachers about youth violence, just like with sex education, because that will mean better safeguarding.”

What happened to Thea White? Fans react to death of Courage the Cowardly Dog’s Muriel Bagge