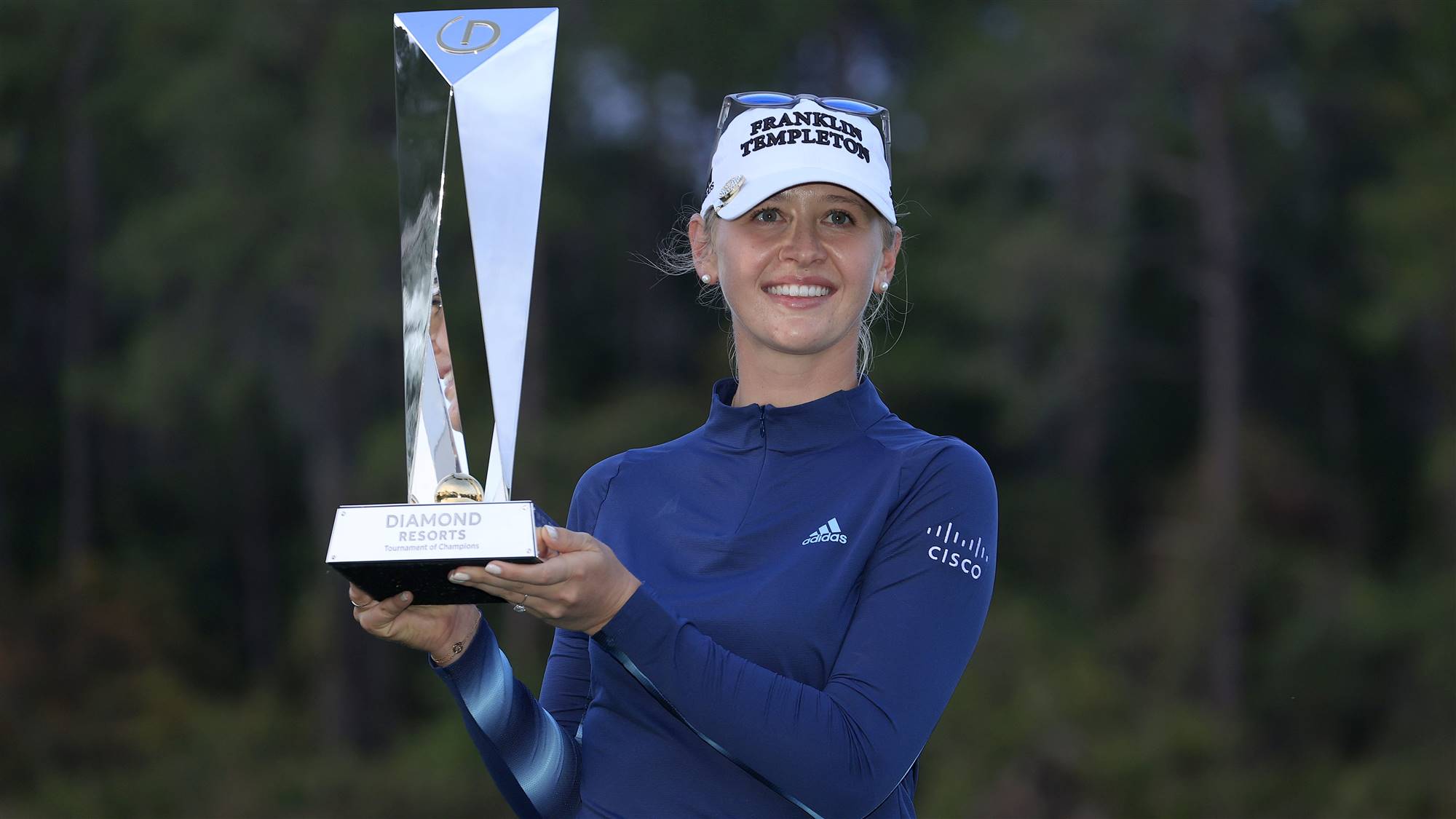 Korda won for the sixth time on the LPGA Tour, and it was her first victory in nearly three years. She shot a career-best 60 on Saturday.

Kang started the final round at Four Seasons Golf and Sports Club in Orlando on Sunday with a two-shot lead.

She quickly stretched the advantage to four shots with an opening birdie and Korda dropping a shot on the 3rd hole. That was Korda’s last mistake.

Kang had a two-shot lead with four holes to play when she made her first bogey of the tournament – and her first bogey in 65 holes dating to last season – on the 15th. Korda caught her with a birdie on the 16th.

Nelly Korda, the younger sister of Jessica who joined them in the final group, got within two shots of the lead. She closed with a 64 and finished two shots out of the play-off.

Going back to the 18th for the play-off, Kang appeared to have an advantage with a tee shot pin-high about 18 feet to the right. Korda was 30 feet short, roughly the same putt she had in regulation. This time, she read the speed perfectly and rolled it in. Kang’s birdie putt to extend the playoff was low all the way.

“I really didn’t have a high today,” said Kang, who lamented the little prep time she had prior to the tournament.

“I hit one good shot that I really liked on 12. I mean, that was my first solid shot.

It was the second-straight year the event has gone into extra holes.

Do you have a fortune in your wallet? Money expert reveals the rare coins worth thousands

Know why conversations either seem too short or too long?