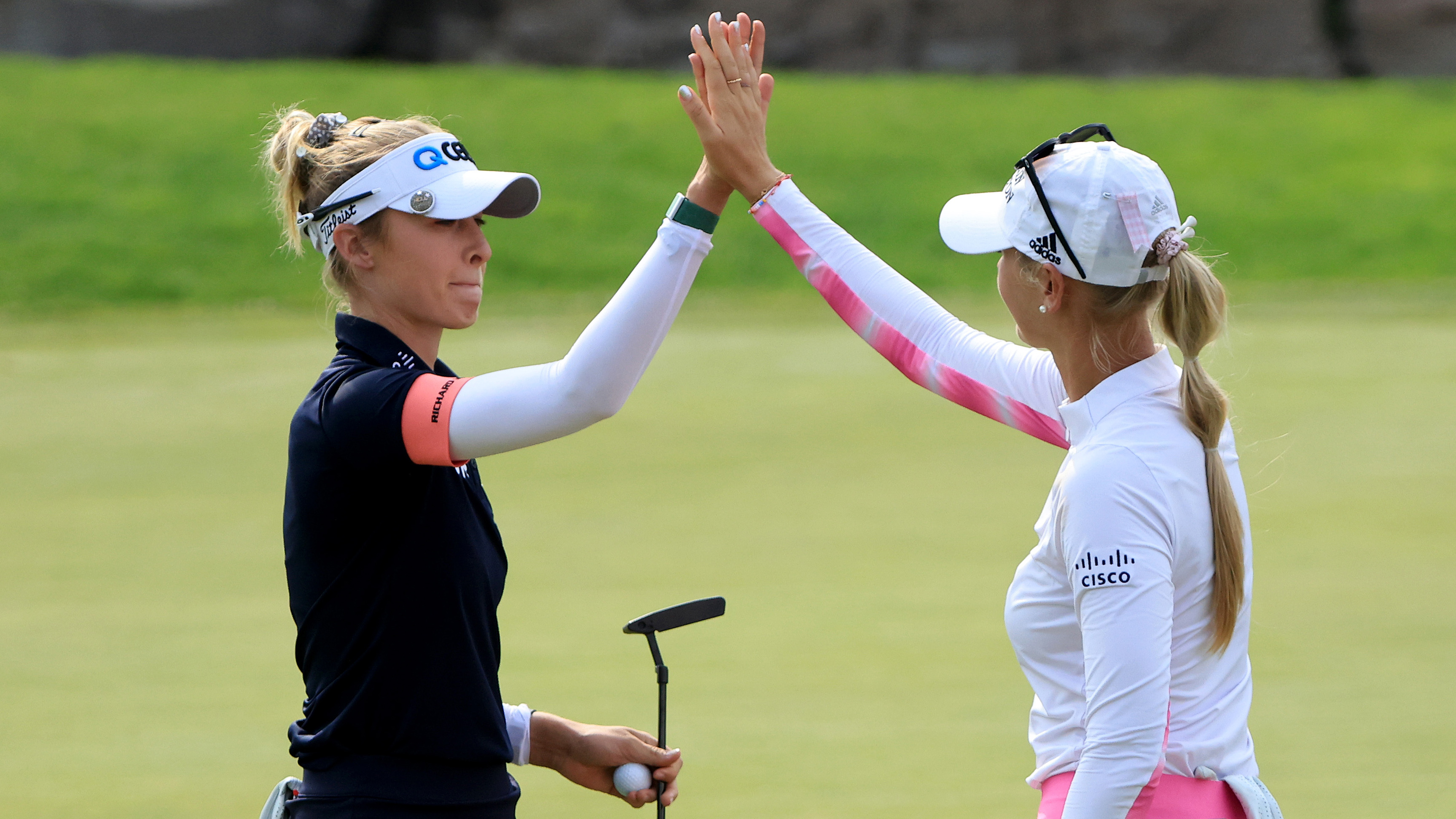 The Kordas shot a five-under 65 in alternate-shot play to join defending champions Cydney Clanton and Jasmine Suwannapura, and the Pajaree Anannarukarn-Aditi Ashok and Jillian Hollis-Lauren Stephenson teams atop the leaderboard at the Dow Great Lakes Bay Invitational at Midland Country Club.

“Our games are pretty similar,” Nelly Korda said. “We know each other really well, and I feel like we’re both aggressive. And it’s very soft out here this week, so you kind of have to be aggressive.”

Nelly Korda is making her first start since winning the Meijer LPGA Classic and the KPMG Women’s PGA in consecutive weeks to take the No.1 spot in the world ranking.

The sisters will represent the US in the Olympics, joining Danielle Kang and Lexi Thompson in Tokyo.

“Honestly, playing in this team event and playing alongside Jess I think made it a lot easier for it to be my first tournament as a World No.1, but I just had a lot of fun,” Nelly said.

“Honestly, playing in this team event and playing alongside Jess I think made it a lot easier for it to be my first tournament as a World No.1.” – Nelly Korda

“I was a little nervous on the first tee shot, but after that we just kind of stuck to our plan and had fun.”

Suwannapura and Clanton won the inaugural event by six shots in 2019. The tournament was cancelled last year because of the COVID-19 pandemic.

Carlota Ciganda and Mel Reid were a stroke back with Wichanee Meechai and Pavarisa Yoktuan.

Inbee Park and So Yeon Ryu were at 67 with sisters Ariya and Moriya Jutanugarn and Mi Jung Hur and Jeongeun Lee6.

Kang and Lydia Ko opened with a 68. Thompson and Nasa Hataoka were another stroke back. Hataoka won the Marathon LPGA Classic last week in Ohio.

The Evian Championship, the fourth major of the year, is next week in France.

What If We Covered the Sahara With Solar Panels?

RACHEL RICKARD STRAUS: Old banks are ripping us off. We need to switch