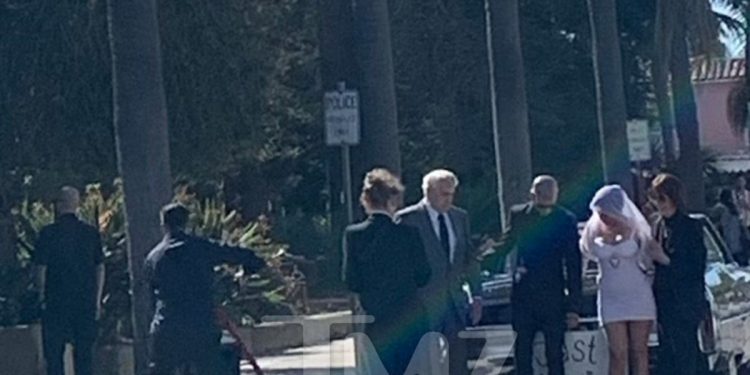 5:21 PM PT — Sources close to the couple tell TMZ … yes, they got the legal paperwork in order Sunday — so they are, in fact, married now. They’re going to be having an actual wedding ceremony in Italy in the near future. We’re told it’s Kourt’s grandma and Trav’s dad in the photo with them. 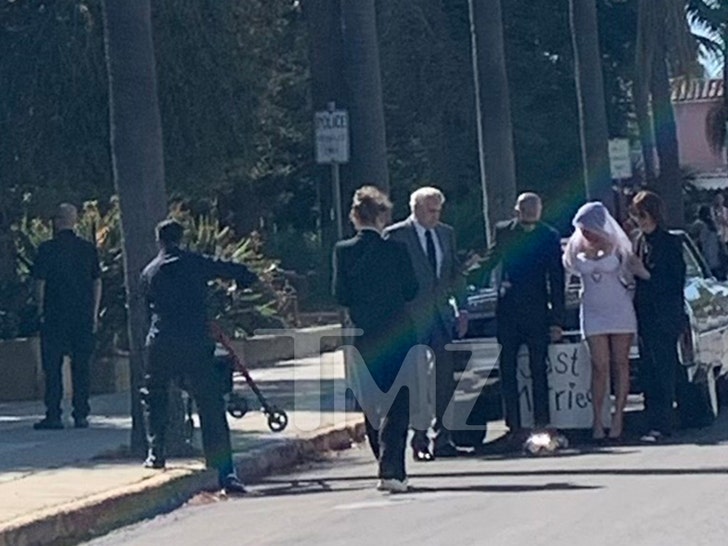 Kourtney Kardashian is a married woman — she just tied the knot with Travis Barker … and this time, they’re truly man and wife in the eyes of the law.

The couple said “I do” Sunday in Santa Barbara, where they were spotted in traditional bride and groom wear and exchanging vows on the steps of what appears to be the downtown courthouse there on Anacapa. 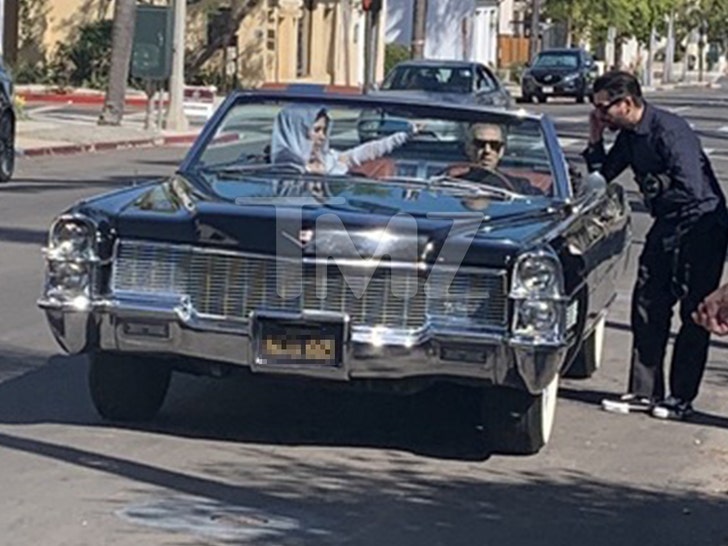 They had a few people around, it seems, including bodyguards and other witnesses who were on hand to keep people at bay. TB was decked out in an all-black tuxedo, and Kourtney had on a white dress that was cut short at the knees.

Their getaway ride … a sweet-looking black lowrider convertible, which had a sign strapped to the front grill that reads “JUST MARRIED.” So yeah, they’re legit hitched this time.

The reason we say that, of course, is because they did a bit of a dry run last month in Vegas … where they popped up at a wedding chapel early in the morning and exchanged vows in front of Elvis, but they didn’t actually get married for realsies … aka, no license.

We’d been told differing accounts about whether they were actually married at the time, but as it turns out — they totally weren’t. Now, they totally are … here comes happily ever after. 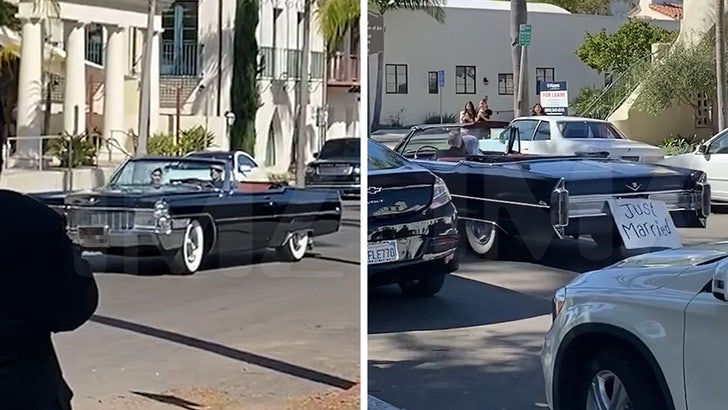