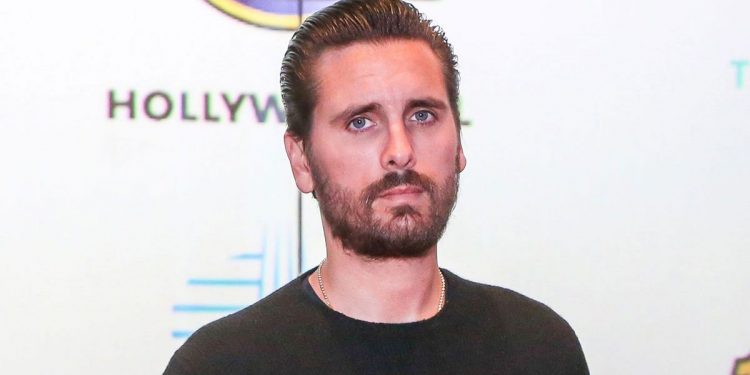 Scott Disick “can’t stand being around” Kourtney Kardashian’s fiancé Travis Barker – despite the pair being seen at a basketball game together.

The 38-year-old cheered on his son Reign who showed off his sporting skills as he was supported by mum Kourtney and her husband to be.

But despite this family affair, insiders claim that Scott “despises Travis”, although he’s trying to put their differences aside for the sake of the children.

A source told Us: “Scott adores his kids and would do anything to make them happy.”

However, it’s said the pair are “not on friendly terms” and usually only hang out “because the kids are around.”

Scott and Travis were joined by Kim Kardashian’s boyfriend Pete Davidson and posed for a fan who shared the wholesome pictures to celebrity gossip account Deux Moi.

But the source said Kourtney’s love life is a sore subject and said: “He feels like Kourtney was the one that got away and [he] still can’t wrap his head around the fact that they’re getting married soon.”

Scott was seen with Travis at Reign’s basketball game
(

Scott was seen hanging out with Pete Davidson too
(

After the Poosh founder and Blink-182 drummer announced their relationship, the source said that Scott was “ok” even though he still felt he had a “special bond” with his ex.

The outing comes after Scott and Pete hung out for a movie night, which ended up being pretty unsuccessful.

Pete shared a video of Scott and their pals fast asleep on the sofa as the Saturday Night Live host looked unimpressed.

Travis asked Kourtney to marry him on a beach
(

After Scott was included on the trailer of new Hulu show The Kardashians, so it’s likely that his reaction to Kourtney’s engagement will feature on the programme.

The reality star sent Kourtney’s other ex boyfriend Younes Bendjima, a snap of her and Travis kissing with the message: “Yo is this chick ok!???? Broooo like what is this. In the middle of Italy.”

Kourtney, who also shares Mason, 12, and Penelope, nine, with Scott, is currently trying to fall pregnant with IVF treatment.

In a confessional clip on The Kardashians, Kourtney said: “Travis and I want to have a baby, and so my doctor took us down this road of doing IVF.”

She added: “Like, it hasn’t been the most amazing experience.”

The pair have been trying for a baby together
(

Kris asked: “Based off of what, a drug?”

She took to Instagram to reveal some physical pain she’s been suffering with and said that it’s been eased by a product from her beau’s wellness line.

Last year Travis launched Barker Wellness which creates CBD infused products focused on empowering fans to live each day at their best,” according to its website.