KPMG accused of lying to the watchdog about botched Carillion audit

KPMG has been accused of lying to the accounting watchdog about its audits of failed construction firm Carillion.

The Financial Reporting Council (FRC) has made a formal complaint against the bean-counter, one of its former partners and other staff for providing ‘false and misleading’ information to the regulator during a routine check of its audits.

The organisation will take KPMG to a tribunal next year which could result in the company receiving yet another fine, individuals being barred from the profession and other sanctions. 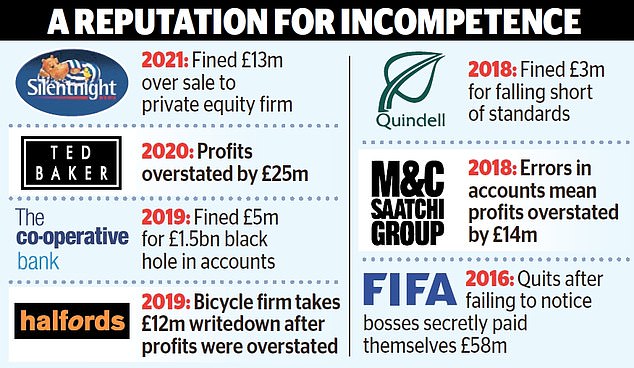 It is the latest in a string of scandals to hit the auditor, which oversaw Carillion’s accounts for 19 years before the builder went bust in 2018.

Carillion was one of the UK’s biggest infrastructure firms by the time it collapsed under a debt mountain of £7billion in 2018.

Around 3,000 jobs were lost at Carillion and its breakdown sent shockwaves throughout its UK supply chain, which employed an estimated 75,000 people.

Investigations found chairman Philip Green presided over a ‘rotten corporate culture’ and former chief executive Keith Cochrane said it was hamstrung by contracts that turned out not to be profitable, describing the firm as ‘building a Rolls-Royce but only getting paid to build a Mini’.

The FRC already has two investigations open into the disaster.

The first concerns KPMG’s auditing, while the second is focused on its former finance directors.

The third and latest probe comes after KPMG reported itself to the FRC over the quality of information it handed over during an investigation that looked at its 2016 audit of Carillion.

The FRC periodically looks at a selection of audits, chosen at random, to check the UK’s biggest accounting firms.

Neither the FRC nor KPMG have specified what the problems and potentially misleading information were but this will be made public when the tribunal starts in January. 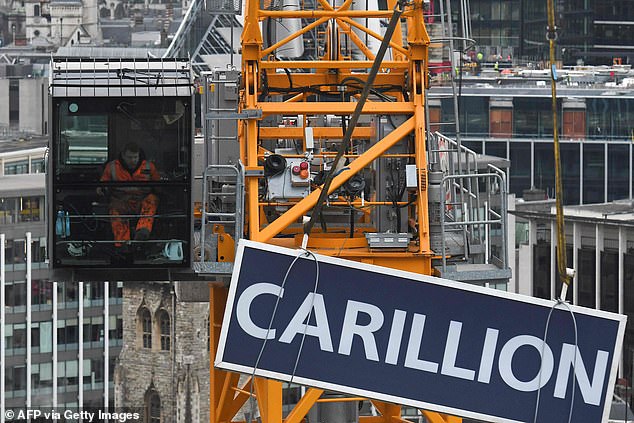 Collapse: Carillion was one of the UK’s biggest infrastructure firms by the time it went bust under a debt mountain of £7bn in January 2018 at a cost of 3,000 jobs

Peter Meehan, the former partner who was in charge of Carillion’s audit and was let go in 2019, is named by the FRC in the latest complaint.

It also encompasses issues surrounding details given to the FRC about its sign-off of a separate technology outsourcer’s accounts, Regenersis, in 2014.

Union Unite said it was ‘quite extraordinary’ that over three- and-a-half years after Carillion went bust ‘no one has been found guilty and investigations are dragging at a snail’s pace’.

‘We discovered the alleged issues in 2018 and 2019, and on both occasions immediately reported them to the FRC and suspended the small number of people involved.

The allegations in the complaint would, if proven, represent very serious breaches of our processes and values.’

KPMG has been slapped with millions of pounds of fines for blunders. It was recently fined £13million for the sale of Silentnight to a private equity firm and in £5million 2019 for failing to identify a black hole in the Co-operative Bank’s accounts.

Other blunders include overstating profits at Halfords, M&C Saatchi and Ted Baker.

In 2016, its reputation was pummelled when it quit as auditor of Fifa amid a corruption scandal, signing off on excessive bonuses for soccer bosses secretly.

Who is Jessica Smith, woman charged for driving into an armed standoff?

Who is Jessica Smith, woman charged for driving into an armed standoff?