By Tom Witherow Financial Correspondent For The Daily Mail

KPMG has been fined for helping a private equity firm dump a £100 million pension deficit as it bought Silentnight.

The big four accountancy group helped HIG Capital buy the mattress maker without having to shoulder any obligations to its retirement scheme, putting workers’ savings at risk.

Yesterday, an independent tribunal ordered it to pay a £13 million fine, the second largest ever, and more than £2.75 million in costs. The Financial Reporting Council said KPMG, and its former restructuring partner David Costley-Wood showed ‘egregious’ dishonesty and breached ‘the fundamental principles of objectivity and integrity’. 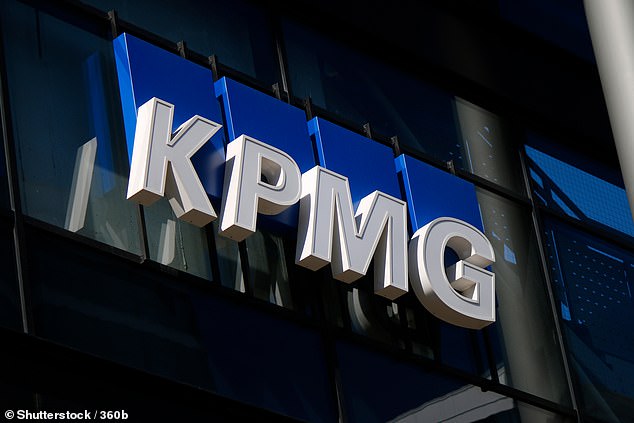 KPMG was advising Silentnight after it hit trouble in the early 2010s, weighed down by debts and a massive pensions liability. Costley-Wood backed HIG Capital as a buyer over other options, helping it buy the ‘otherwise profitable’ business without the pension liabilities.

The private equity suitor bought up Silentnight’s debt, called it in to force a liquidity crisis, before purchas- ing the firm in a pre-pack administration arranged by KPMG. The move to place the pension into the Pensions Protection Fund (PPF) put the savings of 1,200 staff at risk.

A decade later, the fate of the pension scheme is still not known, but typically pensioners lose a tenth of their savings when the pensions lifeboat becomes involved. KPMG was keen to help HIG, despite Silentnight’s interests being ‘diametrically opposed’, because it wanted to nurture the private equity firm as a client and ‘keep it onside’, the tribunal found.

Costley-Wood, who was fined £500,000 and banned from the industry for 13 years, ‘was conscious of the importance of the potential relationship of HIG to KPMG throughout’, it added. 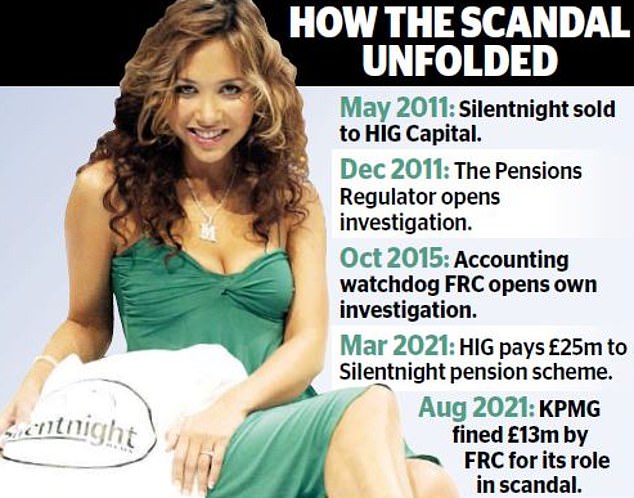 He also made ‘dishonest and misleading’ statements to the pensions regulator, Silentnight and its pension scheme to help HIG shed the pension liabilities ‘as cheaply as possible’, the Financial Reporting Council said.

Elizabeth Barrett, the FRC’s executive counsel, said: ‘The scale and range of the sanctions imposed by the Tribunal mark the gravity of the Misconduct in this matter. The decision serves as an important reminder of the need for all members of the profession to act with integrity and objectivity, and of the serious consequences when they fail to do so.’ 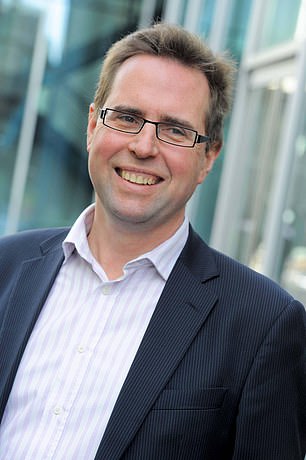 David Costley-Wood was fined £500,000 and banned from the industry for 13 years

The fine was second only to the £15 million levied on Deloitte last year for its failures in its audits of former FTSE100 software company Autonomy. But the amount will be of little consolation to factory workers who paid into their pension for decades.

Yesterday the PPF said it was ‘only right’ that the £13 million fine be re-diverted to the pension scheme to make up for the ‘significant detriment’ caused by KPMG. HIG paid a £25 million settlement into the scheme in March this year following a lengthy battle with the Pensions Regulator, but this is not expected to make up the shortfall.

HIG disputed the regulator’s case and did not admit liability. A KPMG spokesman said: ‘We acknowledge the tribunal’s findings and regret that the professional standards we expect of our partners and colleagues were not met in this case.’ Costley-Wood had ‘retired from the firm’, the spokesman said.

The most expensive players of all time

PS5 Currys codes – How to get a VIP code, even if you didn’t get a Currys email | Gaming | Entertainment

PS5 Currys codes - How to get a VIP code, even if you didn't get a Currys email | Gaming | Entertainment