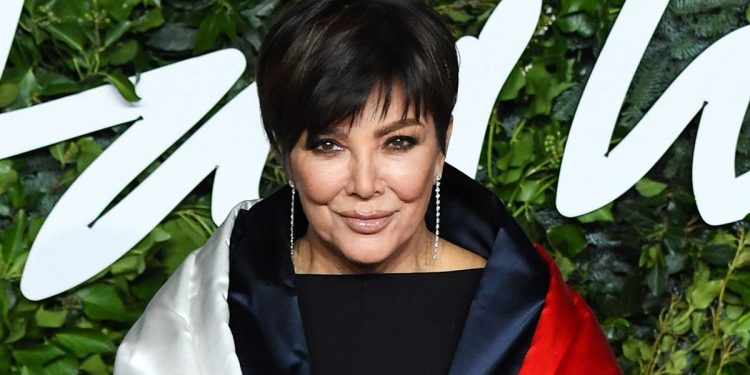 
Uber momager Kris Jenner looks fresh faced as she ditches make-up while at the gym, in a new trailer for her family’s upcoming reality show The Kardashians, which promises: “You have never seen drama like this.”

The Kardashians season premiere on Hulu

Kardashian momager Kris Jenner goes make-up free at the gym in the latest trailer for her family’s new reality show.

Kris, 66, is seen fresh-faced while on the treadmill in the promotional vid for The Kardashians, on Hulu, which airs on April 14 on Disney+ in The UK.

In the video, which Kris shared on her Instagram, Kim’s is heard saying “We’re back”, with Kris then appearing on the screen in her workout gear with no make-up on, saying: “Can’t just one person be lazy in this family?”

The trailer promises: “You have never seen drama like this,” with snippets shown from the upcoming series, including Scott Disick, Kourtney Kardashian’s ex who she co-parents with, saying to Khloe: “Feeling left out is super hurtful.”

In another clip supermodel Kendall says: “We don’t want any drama.”

The trailer, full of glamorous shots of the family’s lavish lifestyle, ends with Kim on the phone and waving the camera away, before the camera operator backs off.

The clip comes after Kris revealed a brand new hairstyle as she promoted daughter’s Kendall and Kylie’s make-up line.

The 66-year-old momager has rocked her signature black pixie crop for years.

But on Wednesday she showed off a sleek bob hairstyle with bangs which made her look more like daughter Kourtney Kardashian.

Kris, Ben Winston, Khloe and her daughter True, with Kim at the premiere of The Kardashians
(

Taking to her Instagram stories, Kris shared her new look with her 46 million followers.

In the short clip the mum-of-six is seen applying lip gloss before blowing a kiss at the camera.

Another video shows her praising her two youngest daughters for their Kendall and Kylie Collection.

Giving a toast at what looks like a celebration dinner, Kris says her daughters are “not only sisters, but friends – best friends”.

She adds: “And businesswomen. I couldn’t be prouder of anyone in my entire life.”

While some fans were into Kris’ new look, others were quick to compare it to her 87-year-old mother Mary Jo Campbell’s hair do.

Spoof Kardashian fan account @norisblackbook teased it was a wig as they shared the video with their 1.5 million Instagram followers.

They captioned the post: “MJ is gonna be p***ed when she realizes her good wig is gone.”

One fan commented underneath: “Omg please keep us updated when MJ finds out.”

Kris’ dramatic hair makeover also drew comparisons with family members and other celebrities. “I thought this was Kourtney,” one follower wrote.

“Anna Wintour has entered the chat*,” another added.

The new Hulu show is set to document Kourtney’s love story with her partner Blink- 182 drummer Travis Barker, as well as Kim’s reaction after her split from ex-husband Kanye West, who she shares four kids with. However fans will not see Kim’s new boyfriend Pete Davidson in the series, it is expected.

Youngest sibling Kylie Jenner just gave birth to her second child with US rapper Travis Scott. The couple originally called their baby son Wolf but announced they were changing his name a few days later – although his new moniker has yet to be revealed.

Palin has Trump’s backing, but can she pass Alaska’s primary?