With 2021 moving at the speed of light, we’ve already entered June – a celebratory month that brings the LGBTQIA+ community front and center through the celebration of Pride. Now celebrated throughout the month of June, Pride was initially recognized on the last Sunday in June as “Gay Pride Day.” According to the Library of Congress, the event has been expanded into Pride Month in honor of Stonewall, the tipping point of the Gay Liberation Movement in the United States in 1969. While Pride Month is officially recognized within the U.S., countries across the globe also host parades, picnics, parties, and other Pride events, attracting millions of participants.

At Keller Williams, we are celebrating Pride by bringing three incredible LGBTQIA+ voices to the forefront to discuss their business and the importance that inclusivity holds for the future of real estate. All three agents are active members of the KW Rainbow Network – an independent, membership-based association of LGBTQIA+ Realtors and professionals associated with Keller Williams. The Rainbow Network builds upon the KW culture of care by committing to build diversity worth celebrating.

Read on for these agents’ stories and the roles they play within the wider Rainbow Network mission. Happy Pride, Keller Williams! ?️‍?

A Common Thread: Inclusivity for All

After spending multiple decades as a title officer, Valerie Crowell made the switch to real estate in 2010. At the time, Crowell had seen the effects of bigotry in other areas of the country, and she was initially less-than-sold on the idea of joining a company with roots far from her residence of San Francisco. Therefore, she reached out to an agent friend to learn more. “He said it’s a wonderful company, and told me that everyone in the LGBTQIA+ community is networked through the Rainbow Network,” she says. From there, she was all in.

More than a decade later, as a solo agent with administrative and marketing help, Crowell runs her business with inclusivity taking front and center. “I am very conscientious of discrimination, and injustice just enrages me,” she says. Though the market she serves is generally open-minded, she confesses there are still battles to be won, such as an instance in which she was working with a multiracial couple that was not being shown the executive housing options they were seeking by other agents. “I was so angry,” she says. “But I found them a wonderful house.” Those are the kinds of clients that she is committed to fighting for, and she has found a true partnership within the diverse agents of her market center. “It goes back to the culture of our office, which has always been inclusive.”

Beyond fighting for her clients, Crowell fights for fellow LGBTQIA+ community members through her work on the KW Rainbow Network’s education committee, where she puts forth enriching panels with top producers for network members to enjoy. “My attitude about education is that it solves all of society’s ills,” she shares. She urges any agents who identify as members of the community to reach out to the network, where, she promises, they will be embraced with open arms. “I’ve been around for a long time, and I remember being afraid to hold hands or walk down the street. People in our community are dealing with that, and when we do our events we provide a supportive environment for those struggling.”

Matthew Buchta moved to Oklahoma in 2011 with zero connections and began growing his business by doing open houses and networking. Now in his 10th year in real estate, he is a solo agent sustaining a nearly 100% referral-based business in an honest and transparent manner. “I decided early on that I would be out and genuinely myself in my business,” Buchta shares. “Living in Oklahoma, that wasn’t the easiest choice, but for me, I have built a book of business and clientele that I can be proud of and enjoy helping.”

While Buchta doesn’t specifically target LGBTQIA+ clients within his lead generation efforts, his work surrounding issues that affect the community has brought the business his way. Currently, he serves on the board of directors of the LGBT+ Housing Initiative, a new organization founded by KW agent and KW Rainbow Network member Mike Zinicola and supported by fellow members Buchta, Kimberly Davis, and Dave Gervase as the board of directors. The initiative is a network that agents can join under the agreement that if an LGBTQIA+ homebuyer works with a member agent, the agent will donate a portion of their commission back to the homebuyer and another portion in support of organizations working to end homelessness among LGBTQIA+ youth.

“Mike Zinicola including me as part of the initiation of the LGBT+ Housing Initiative has ignited a fire in my belly to be more philanthropic, an example of how our culture at the top trickles down with the right leadership and involvement in networks and committees,” he says. Referring to Zinicola, Davis, Gervase, and fellow Rainbow Network member Brad Davis as mentors worth mentioning, Buchta is diving headfirst into all collaborations with the group. Alongside Brad and Kimberly, he has built deeper connections with network members through twice-weekly video calls. “These meetings have been a mixture of high-level business, networking, emotional connections, and more,” he shares. “The trust and relationships that I have seen made on these calls truly touch my heart and make me feel a part of something bigger than just business.”

One-third of the famed Rainbow Network pandemic calls, Davis joined KW Greater Seattle 11 years ago and recently reached his single largest volume month on record, closing 65% of his 2020 annual volume in the month of April. While culture has kept him firmly planted within the KW ecosystem, Davis stumbled upon his now-market center by chance, at a mixer event held in his neighborhood. “When I RSVPed, I didn’t know this networking event was being hosted by other real estate agents. Otherwise, I may not have gone,” he says. What he discovered was a bunch of authentic, savvy colleagues who naturally come from contribution.

As an agent whose approach to business transcends all backgrounds, Davis was in the right place. “My practice takes great pride in serving people from many different backgrounds, faiths, sexual orientations, identities, etc.” he shares. “Diversity and inclusion isn’t just the right thing to do – it’s great for business and it enriches us.” From personal experience, Davis has a great understanding of the need for businesses like his own. “Even before I accepted myself as a gay man in my early 20s, I’m multi-ethnic and was also adopted at 10 weeks old. I grew up in an era and area which was very homogeneous, full of ignorance, racism, and homophobia,” he shares. “Like any other human, a sense of belonging has always been very important to me.” Within his business, these experiences translate to a focus on understanding a client and their unique needs foremost, and then delivering accordingly.

In addition to providing a safe space for clients, Davis gives back to his industry through his work with the KW Rainbow Network, as well as Zinicola’s LGBT+ Housing Initiative as one of the founding board members. Recently, a client couple was on the verge of discriminating against a buyer they interpreted to be a gay couple. “Post-closing, they’ll receive a thank-you letter from the nonprofit thanking them for hiring me and the 5% commission contribution that’s going toward the LGBT+ homeless youth fund,” Davis says. “I know they’ve been pleased with how I’ve helped them achieve their goals. Opening hearts and minds begins with each of us.”

Proud to Be Home

Beyond the thriving culture of the Rainbow Network and important new organizations such as Zinicola’s LGBT+ Housing Initiative, partnerships with organizations such as the LGBTQ+ Real Estate Alliance have agents proud to call Keller Williams home. “Keller Williams recently announced its partnership with the LGBTQ+ Real Estate Alliance, a 501(c)(6) nonprofit organization dedicated to empowering the LGBTQ+ community on the path to homeownership and advocating on behalf of the community on housing issues,” says newly appointed KW Head of Inclusion and Belonging Julia Lashay Israel. “You can expect to see more of these types of partnerships to ensure that all agents are seen, heard, and included.”

Lashay Israel adds, “When employees don’t feel that their ideas, presence or contributions are valued by their organization, they will eventually leave. Keller Williams is committed to creating inclusive environments where everyone feels a sense of belonging. Having a variety of people from a wide range of backgrounds at the table brings different approaches, experiences, skills, and perspectives.”

Be Loud and Proud

Whether you are a member of the LGBTQIA+ community or an ally, there is always room for celebration during Pride Month. Let us know how you are celebrating the community by commenting below, download/share our graphics in Designs, and learn more about the organizations that our agents are pouring into on a daily basis.

Rapper Lil Loaded Dead At 20: ‘He Was Struggling With Some Things’ 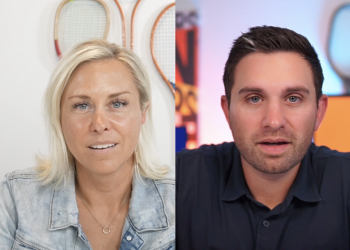 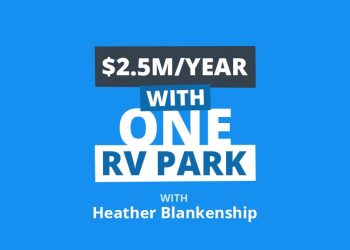 Rapper Lil Loaded Dead At 20: 'He Was Struggling With Some Things'