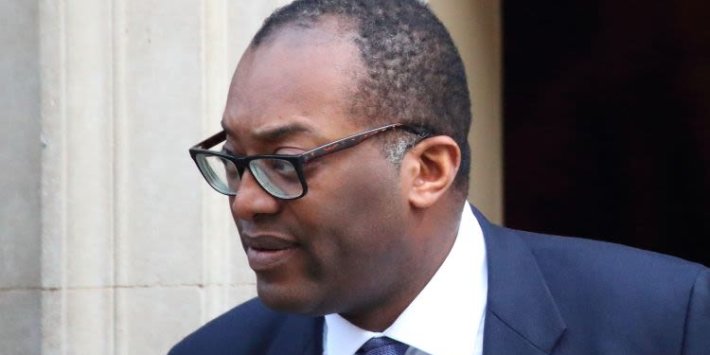 Business Secretary Kwasi Kwarteng has insisted the tax affairs of Rishi Sunak’s wife are “completely in order” after a report that she uses non-domicile status to pay less tax overshadowed the publication of the government’s long-awaited energy security strategy on Thursday morning.

Kwarteng said the way in which Akshata Murthy pays tax is “utterly legal” and that neither she nor her husband, the chancellor, had done anything wrong.

An individual with non-domicile status can be saved from paying tax on foreign earnings. The system is lawful but campaigners for years have called for it to be reformed.

The Independent reported last night that Murthy could have saved many millions of pounds over several years through her non-domicile status. She has a share in Infosys, the IT company owned by her father, which is currently worth around £725m. Over the past year she could have received over £11m in dividends, according to the The Independent’s calculations.

A spokesperson for Murthy last night said her non-domicile status was due to her being an Indian citizen, a point which Kwarteng reiterated this morning.

“She made it very clear that as Indian national she can’t have dual-citizenship and she’s got a non-dom status here in the UK,” the business secretary told Sky News.

“After 15 years staying here she will be domociled, but at the moment she pays tax on UK income and on foreign income she pays the tax outside the UK. That’s what non-domocile status means”.

However, a non-domincile individual’s decision to pay less tax is optional, meaning Murthy could pay more tax if she wanted to.

Kwarteng told host Kay Burley that he hadn’t gone on Sky News to comment on Murthy’s tax affairs and said “people can reach their own conclusions” about them.

“All I have to say is he’s made full decleration of what’s happened. She’s non-domocile status and that is utterly legal. Everything is completely in order and he’s always been very transparent about these issues,” he said.

Kwarteng added that the criticism of Murthy was “completely unfair”. Last week Sunak told the BBC it was “wrong” for people to criticise his wife, but “fair game” to take “shots” at him.

“I agree with him [Sunak] that it’s completely unfair to be bringing someone who is not a politician and essentially attacking them in the way that’s happened. I totally agree with him on that,” Kwarteng said.

Last night Labour called on Sunak to “urgently explain” how much money he and his family have saved on their tax bill.

Tulip Siddiq, shadow economic secretary to the Treasury, said: “The chancellor has imposed tax hike after tax hike on the British people. It is staggering that – at the same time – his family may have been benefitting from tax reduction schemes”.