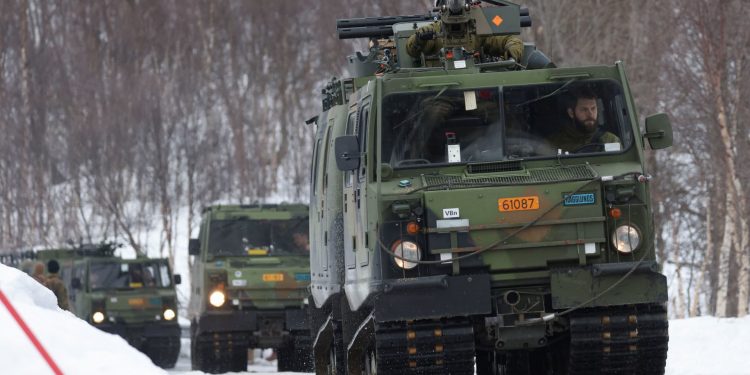 Ukrainian President Volodymyr Zelenskyy praised his people’s bravery and resilience on the 50th day of Russia’s invasion, saying, “We have withstood 50 days already. Fifty days of Russian invasion, although the occupiers gave us a maximum of five.”

He called the invasion “suicidal” and “absurd”, speaking in his latest national address.

When the invasion began, “No one was sure that we would withstand it … Many of them advised me to flee the country. Advised to actually surrender to tyranny,” Zelenskyy said.

“But they didn’t know us either. And they did not know how brave Ukrainians are, how much we value freedom. Our opportunity to live the way we want.”

“50 days of our defense is an achievement. Achievement of millions of Ukrainians,” he said. “Everyone who made the main decision in life on February 24 – to fight. To be human. Not to give up. And not to betray.”

Russian forces have now lost two important naval vessels in Ukraine, the U.K.’s Defence Ministry said in its daily intelligence updated posted to Twitter, following the sinking of the Moskva on Thursday.

“Russia has admitted that the Slava-class cruiser Moskva has sunk. As flagship of Russia’s Black Sea Fleet, the Moskva served a key role as both a command vessel and air defence node,” the ministry said.

“This incident means Russia has now suffered damage to two key naval assets since invading Ukraine, the first being Russia’s Alligator-class landing ship Saratov on 24 March,” it added. “Both events will likely lead Russia to review its maritime posture in the Black Sea.”

Moody’s says Russia may be in default

Ratings agency Moody’s says Russia may be in default as it attempted to service its dollar bonds in rubles. If that becomes the case, it would be Russia’s first large-scale default on foreign debt since the Bolshevik Revolution in 1917.

Russia made payments on April 4 on two bonds maturing in 2022 and 2024 in rubles, despite the terms of the securities requiring payment in dollars. Moscow says any default is forces upon it by the West because of its sanctions.

Russia “therefore may be considered a default under Moody’s definition if not cured by 4 May, which is the end of the grace period,” Moody’s said in a statement. “The bond contracts have no provision for repayment in any other currency other than dollars.”

MOSCOW, Russia: The Russian central bank has implemented a range of capital controls in a bid to support domestic assets and the ruble currency, as international sanctions squeeze the economy following Russia’s invasion of Ukraine.

Russia warned of more missile strikes on Kyiv, a day after the sinking of its flagship naval vessel Moskva in the Black Sea, which Ukrainian forces say they hit with their own missiles.

“The number and scale of missile strikes on targets in Kyiv will increase in response to any terrorist attacks or acts of sabotage on Russian territory committed by the Kyiv nationalist regime,” Russia’s Defense Ministry said in a statement. Moscow has not accepted Ukraine’s claim to having struck its ship, and maintains that it sunk due to a fire onboard.

Explosions hit Kyiv on Friday, the largest in some two weeks, which Russia says targeted a facility making and repairing Ukrainian missiles. A worker at a car repair shop in Kyiv told Reuters he saw three blasts hit an industrial building across the street from him, starting a fire that was put out by firefighters.

“The building was on fire and I had to hide behind my car,” Kirill Kyrylo told the news agency.

“The people of Finland seem to have already made up their mind and there is a huge majority for NATO membership of Finland,” she said from Helsinki.”

“Of course, that’s not all. We are a parliamentary democracy so we need to discuss this issue in our parliament. At this point I would say it is highly likely, but a decision is not yet made.”

Russia has warned of consequences if the Nordic country makes such a move, and saying it would need to make new nuclear deployments in the Baltics is the alliance expanded along Russia’s borders.

Kyiv hit with most powerful explosions heard in weeks

The Ukrainian capital Kyiv was hit Friday with the most powerful explosions heard since Russian forces retreated from the areas around the capital two weeks ago.

Russia said it targeted and hit a plant in Kyiv that made and repaired Ukrainian missiles, including anti-ship missiles. The strikes come a day after Russia’s flagship missile cruiser, Moskva, sank in the Black Sea off the Ukrainian coast. Moscow said it was due to a fire on board, while Ukrainian authorities say they struck it with missiles.

The Moskva is shown in 2008. Russia will probably have to come up with a news Black Sea strategy now that its fleet flagship has been destroyed.

The loss of Russia’s Black Sea Fleet flagship Moskva is likely to force the Kremlin to review its maritime strategy in the Black Sea, according to a Western assessment.

Ukraine said that it struck the Moskva on Wednesday with two cruise missiles. Moscow admitted that the missile cruiser Moskva sank on Thursday, but blamed it on onboard ammunition that detonated.

A Pentagon spokesman said on Thursday that the United States could confirm neither story.

Regardless, the Moskva was Russia’s command vessel on the Black Sea, and it was critical to the Russian fleet’s air defense strategy, the U.K. Ministry of Defence said in an intelligence assessment posted Friday.

“Both events will likely lead Russia to review its maritime posture in the Black Sea,” the ministry said.

Military analysts have speculated that the Moskva would have played an important role in any amphibious attack on Odesa, Ukraine’s most important maritime port.

The Soviet-era Moskva was refitted to improve its capabilities and returned to operational status last year, the British ministry said. It played roles in Russia’s bombing of Syria in 2015, its invasion of Crimea in 2014, and its war with Georgia in 2008.

Russia has claimed that its crew of 510 individuals was safely evacuated.

Two U.S. lawmakers visited Ukraine on Thursday, becoming the first known American officials to do so since Russia began its offensive on Feb. 24.

Senator Steve Daines (R-MO) and Rep. Victoria Spartz (R-IN), who was born in Ukraine, traveled to there to meet Ukrainian officials in the capital of Kyiv and Bucha, where Russian troops have been accused of mass atrocities.

“There is indisputable evidence of Putin’s war crimes everywhere — the images of shallow mass graves filled with civilians, women and children are heart wrenching,” Daines said in a statement.

“America and the world need to know about Putin’s atrocities against the innocent people of Ukraine now, not after time has passed and the aftermath of evil and bloodshed have been cleaned up. The sooner we can provide Ukraine with the lethal aid they need to win this war, the sooner we will end the war crimes.”

The bodies and mass graves were found after Russian troops pulled out of Bucha, a suburb on the outskirts of Kyiv. The atrocities prompted the UN to suspend Russia from its seat on the Human Rights Council and pushed the U.S. and European leaders to impose more sanctions on Moscow.

David Bateson & Jane Perry Would Be Up For James Bond And Ms. Moneypenny In IO Interactive’s Project 007

David Bateson & Jane Perry Would Be Up For James Bond And Ms. Moneypenny In IO Interactive's Project 007