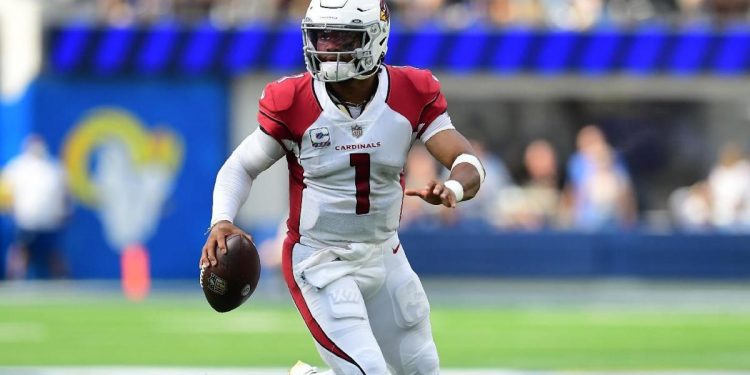 One of the busiest NFL offseasons in terms of blockbuster moves has finally quieted down ahead of the 2022 draft. Until now. A day after the Browns‘ Baker Mayfield addressed his inevitable, ugly split from Cleveland, NFL Media reports that quarterback Kyler Murray and the Cardinals are at a total standstill in contract talks, with the former No. 1 overall pick unlikely to play for Arizona without a new deal. Both Murray and the Cardinals have publicly downplayed a rift that’s reportedly intensified in recent months, but other teams are actively lurking as they fail to cooperatively pursue a long-term deal.

Does this mean a breakup is imminent? No. The Cardinals technically have Murray, 24, under contract through 2022, and possibly 2023, if they exercise his fifth-year option. But the groundwork has been laid for this issue to escalate: Murray’s agent put detailed public pressure on Arizona back in February, all but demanding a lucrative extension; and an actual spring/summer holdout would put the onus on the Cardinals to consider auctioning the Pro Bowl QB to a bidder ready to meet Murray’s demands.

Crazier things have happened. Just look at what happened with Tom Brady, Deshaun Watson, Matt Ryan and countless others this offseason. In the event Arizona fields trade inquiries for Murray, who would assuredly fetch a Watson-level haul for his upside, which teams could be logical landing spots? Here are 10, with the Cardinals’ rival Seahawks excluded under the assumption Arizona would never deal Murray in the same division:

They rolled out the red carpet for Watson, even dumping Matt Ryan for a measly third-round pick as a result. So they’d surely — and wisely — look into it. The problem is, they have barely any money to spend, and even if they manipulate the cap to add him, they’ll have zero cash to build up a barren roster around him.

It would take some serious cap maneuvering, and even then, the new regime wouldn’t have much leftover to spend. But Brian Daboll knows the value of having an elite dual threat at QB. In a perpetually wide-open NFC East, who’s to say New York couldn’t surprise sooner rather than later by using its premium assets (two top-10 picks in 2022) to secure a new face of the franchise?

They’re only paying Mitchell Trubisky high-end backup money, and they sure as heck aren’t gonna be guaranteed an equal talent with the No. 20 overall pick. With a playoff-ready defense and improved O-line, adding Murray could instantly propel them deeper into the playoffs. The issue is, their first-rounder is later, and they don’t have many other extra picks to deal.

They’re committed to Ryan Tannehill, but mostly because of his contract, which could partially be unburdened in a potential trade elsewhere. Yes, Tannehill helped shape them into playoff contenders, but he’s likely reached his peak, whereas Murray would give Tennessee a longer-term, higher-upside weapon for an already run-focused attack. Still, they also don’t have much in the way of extra draft capital.

Contrary to popular opinion, veteran placeholder Jared Goff is no longer unmovable; he can be cut after June 1 to save more than $10.5 million. They need a long-term answer under center, and their fans would be revitalized by a talent like Murray, who’d pair nicely with underrated playmakers like D’Andre Swift and D.J. Chark. More importantly, they have the ammunition to make it work, with two first-rounders in both 2022 and 2023.

Yes, they’re only a year removed from drafting Zach Wilson No. 2 overall, but Murray, who’s just two years older, is what they pray Wilson will become. With two firsts and two seconds in this year’s draft, not to mention excess cap space, they can afford to take a major swing to shake up the AFC East, especially after bolstering some other holes on the roster.

For better or worse, 2021 third-rounder Davis Mills may prevent them from drafting a QB early in 2022. But he wouldn’t — or shouldn’t — stop them from making the call here. They still need a long-term answer, and Murray, who is from Texas, has proven he can be it. They also have the ammo (two firsts in each of the next three years) to immediately pivot from one top-10ish talent (Watson) to another.

They tried for Watson, so they’d surely try for Murray. Yes, they’ve since paid Jameis Winston as a short-term starter, but they could ship him to Arizona in a heartbeat. With two top-20 picks in 2022, they could make a strong offer and use their notorious cap manipulation to squeeze him in, pairing him with Alvin Kamara and Michael Thomas to compete right away in the NFC South.

They keep saying they’re committed to Jalen Hurts in 2022, but only after sniffing around potential upgrades and shuffling their draft capital to position themselves for a potential reset in 2023. Murray is the kind of short- and long-term star who could immediately vault them back into contention, and aggressive general manager Howie Roseman, who’s had a mostly quiet offseason, has two firsts in both 2022 and 2023. As a bonus, offensive assistant Aaron Moorehead served on staff at Texas A&M during Murray’s true-freshman season there.

They are the most desperate for a QB. Unless they risk reaching for a top prospect in the draft, they’ll enter 2022 — a potential make-or-break year for team brass — with the embattled Sam Darnold under center. There’s little doubt they’d give up the No. 6 overall pick if it meant securing Murray, giving Matt Rhule his most talented QB yet, and allowing guys like Christian McCaffrey and D.J. Moore a chance to surprise in the NFC South. They currently lead in the NFL in 2022 cap space, so the money wouldn’t be an issue. 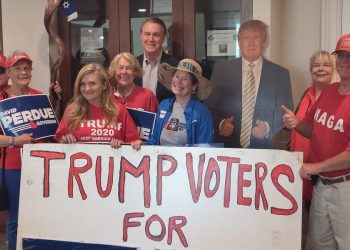 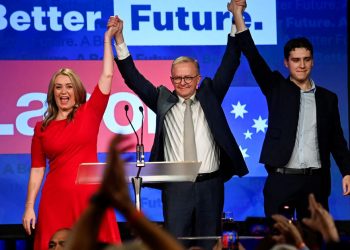