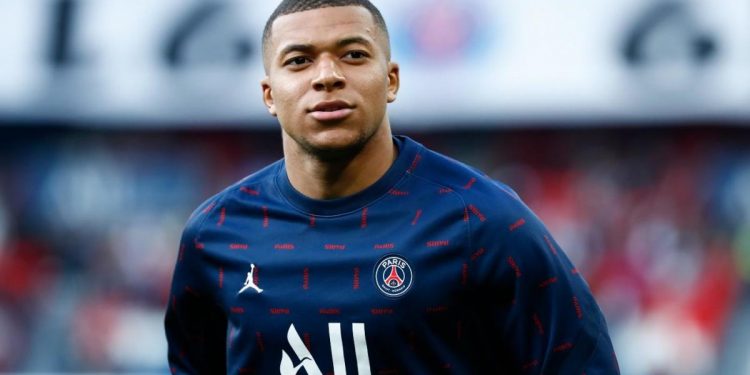 Kylian Mbappe has made his decision. Arguably the top young talent in all of world soccer will stay with Paris Saint-Germain instead of joining UEFA Champions League finalists Real Madrid. PSG announced that he was staying before the team’s final Ligue 1 match of the campaign on Saturday against Metz. In a short video, Mbappe says “This is Paris,” as he stands high up at the Parc des Princes. The France international is expected to sign a three-year deal with Les Parisiens.

Mbappe then took the pitch holding up a jersey that said 2025 on the back. which is the year his new contract will expire.

“I am very happy to be staying in Paris — my city,” Mbappe said to the fans. “I have always said that Paris is my home.”

Mbappe, 23, has been the subject of intense speculation since last summer when a move to Real failed to materialize, and the AS Monaco youth academy graduate was left to see out the remaining 12 months of his contract before being a free agent this summer. CBS Sports sources have indicated that PSG’s offer was marginally less than Real’s in pretty much all aspects but that the player made up his mind to stay in Paris.

“I would like to announce that I have chosen to extend my contract at Paris Saint-Germain, and of course I am delighted,” Mbappe said in an official statement. “I am convinced that here I can continue to grow at a club that provides everything necessary to perform at the highest level. I am also delighted to continue to play in France, the country where I was born, where I have grown up and where I have made my name.”

The French superstar nearly led the Ligue 1 winners past Real in this season’s Champions League round of 16 only for Mauricio Pochettino’s men to throw it away at Santiago Bernabeu, which appeared to settle the question of Mbappe’s future in Los Blancos’ favor.

The La Liga champions have since made it all the way to the final and will now face Liverpool at Stade de France in the Parisian suburb of Saint-Denis next weekend. Mbappe was crowned Ligue 1 player of the year for the third consecutive time last weekend and is coming off a 36-goal season having scored 42 goals last campaign and netted at least 30 in his last four PSG seasons.

The news of Mbappe staying is absolutely massive for PSG as they aim to claim European glory in the near future, having gone all in last summer with the signing of Lionel Messi. Keeping Mbappe allows the club to continue fielding him alongside Messi and Neymar in the attack — assuming that neither move on this summer.

PSG finishes the Ligue 1 season at home to FC Metz on Saturday with Mbappe expected to address the Parc des Princes crowd and possibly some form of official confirmation from the club ahead of an interview on national television on Sunday which should see the player go into detail over his choice.

Early reports suggest that PSG will now target Zinedine Zidane, Luis Campos and Ousmane Dembele as part of what is expected to be a summer of major change in the French capital as the Ligue 1 champions make good on their promises to Mbappe to reconstruct their sporting project with Pochettino and sporting director Leonardo expected to depart.