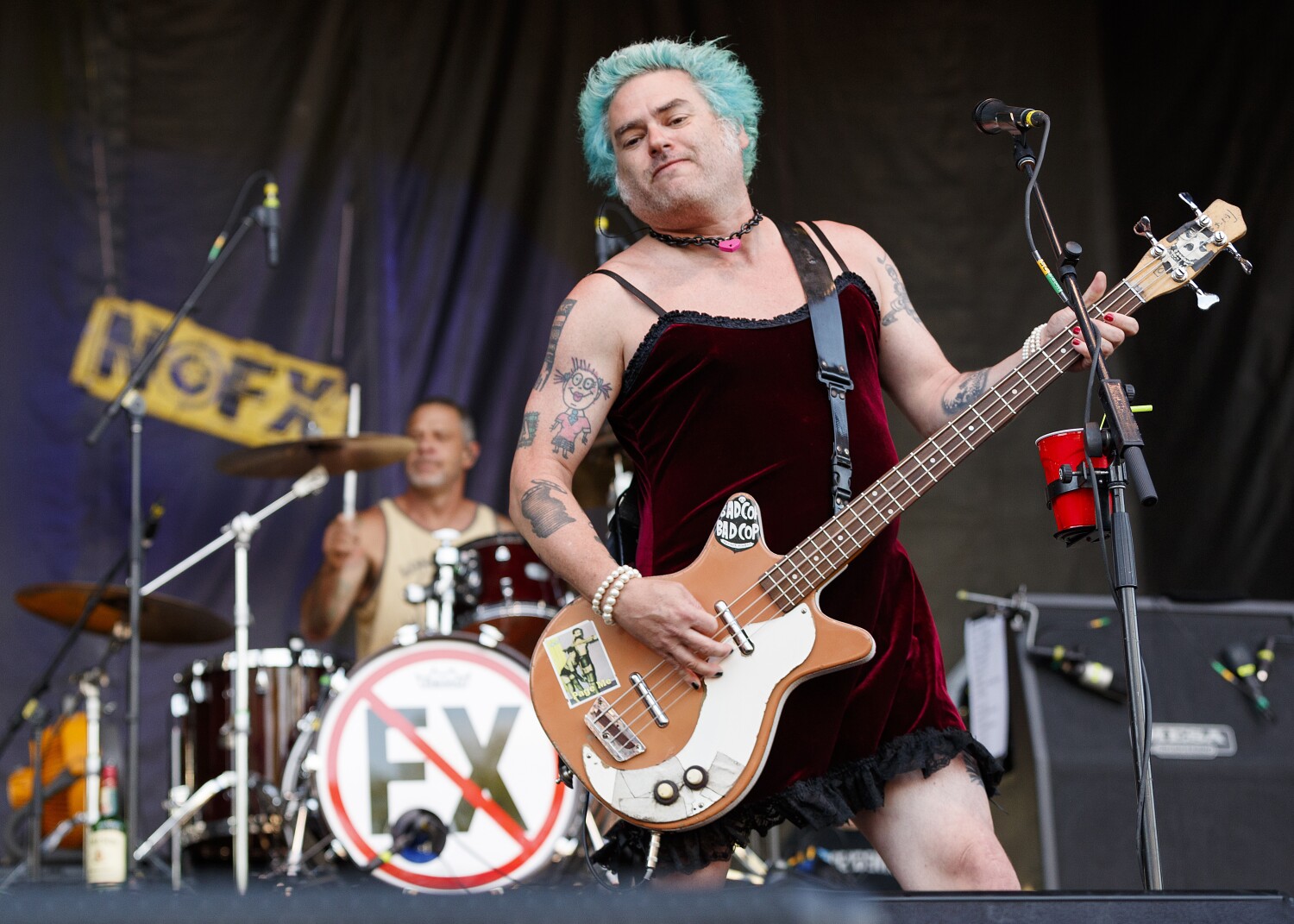 NOFX, the Los Angeles punk band known for “Linoleum” and “Don’t Call Me White,” will be no more in 2023.

On Wednesday, frontman Fat Mike casually dropped the news in the comments section of a post on his Instagram page. A frustrated fan asked the singer-bassist why NOFX “barely” performs in Canada. The fan received a response, but it probably wasn’t the one expected.

“Actually, We love Canada, it’s just that next year will be our last year,” Fat Mike, whose real name is Michael John Burkett, replied. “We will be announcing our final shows soon. It’s been an amazing run.”

That run began nearly 40 years ago in 1983 with Fat Mike, guitarist Eric Melvin and drummer Erik Sandin as the founding members. In 1991, Aaron “El Hefe” Abeyta joined the group as lead guitarist and trumpet player.

Responding to a separate comment on his Instagram post, Fat Mike said, “Los Angeles will be the last place we play. It’s where we started, it’s where we’ll end.”

NOFX has yet to release an official statement on the impending breakup, but Rolling Stone confirmed the news.

The band released its first recording, “Thalidomide Child,” in 1984 and dropped its first self-titled EP a year later.

NOFX’s debut album, “Liberal Animation,” arrived in 1988 and featured songs such as “Beer Bong” and “Shut Up Already.” A sophomore album, “S&M Airlines,” was released in 1989.

In the ’90s, NOFX rose to popularity as part of a wave of California punk bands that included Green Day, the Offspring and Rancid. That decade proved to be a busy as NOFX released six albums including “Ribbed” (1991), “Punk in Drublic” (1994) and “Heavy Petting Zoo” (1996).

“Its musicianship has improved since it formed in the mid-’80s, and despite singer-bassist Fat Mike’s unremarkable voice, NOFX easily holds its own alongside such contemporaries as Green Day, the Offspring and Rancid,” The Times wrote in February 1998.

Since May, NOFX has been making its way around Europe and North America as part of its Punk in Drublic festival. The band will next perform on Saturday at the Edmonton Expo Centre in Alberta, Canada.

How to Build Your Dream Short-Term Rental Team

Overwatch 2 has new maps, heroes, and pricing, but a familiar feel

Celebrate 25 years of Fallout with weekly festivities throughout October