La Noxe speakeasy is hidden inside an NYC subway station

Cocktail lounge La Noxe is now open to the public — if the public can find it, let alone get past the 1,500-person waitlist. The 600-square-foot speakeasy is tucked behind a discreet door inside a subway station.

Instead of heading through the turnstiles at the 28th Street stop of the 1 train line, those in the know stop at the bottom of the first flight of stairs at the southeast corner of 28th Street and Seventh Avenue. There, they knock twice on the black door at their right, hoping for a cancellation on the lengthy waitlist.

Midtown resident Michael Flowers was one of the thirsty straphangers who tried his luck Sunday night.

“I wanted to have a drink in a subway station. You can only do so many roof decks, and this is the polar opposite,” he said as he sipped on a spicy kale-mezcal blend called the Secret Garden ($17).

It was his second attempt at landing a coveted seat. “We stopped by once and they turned us away,” said Flowers, who was there with his girlfriend.

The unique space wasn’t what La Noxe’s France-born founder Jey Perie, 37, had in mind when he set out to found his own venue after eight years as a partner at former Williamsburg club Kinfolk.

“No one believed I should do a bar in such a tiny place,” Perie told The Post.

But when he saw a listing for the location — which also has a main street-level entrance at 315 Seventh Ave. ——— he fell in love. 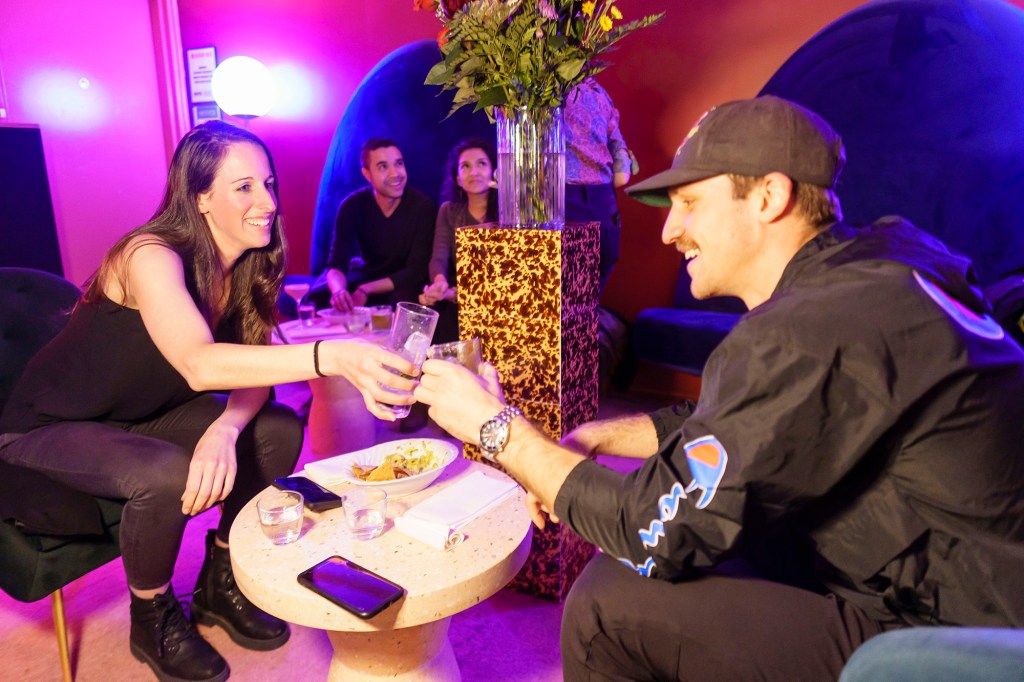 Customers John Genova and Caitlin Henry enjoyed drinks at the bar on a recent evening. 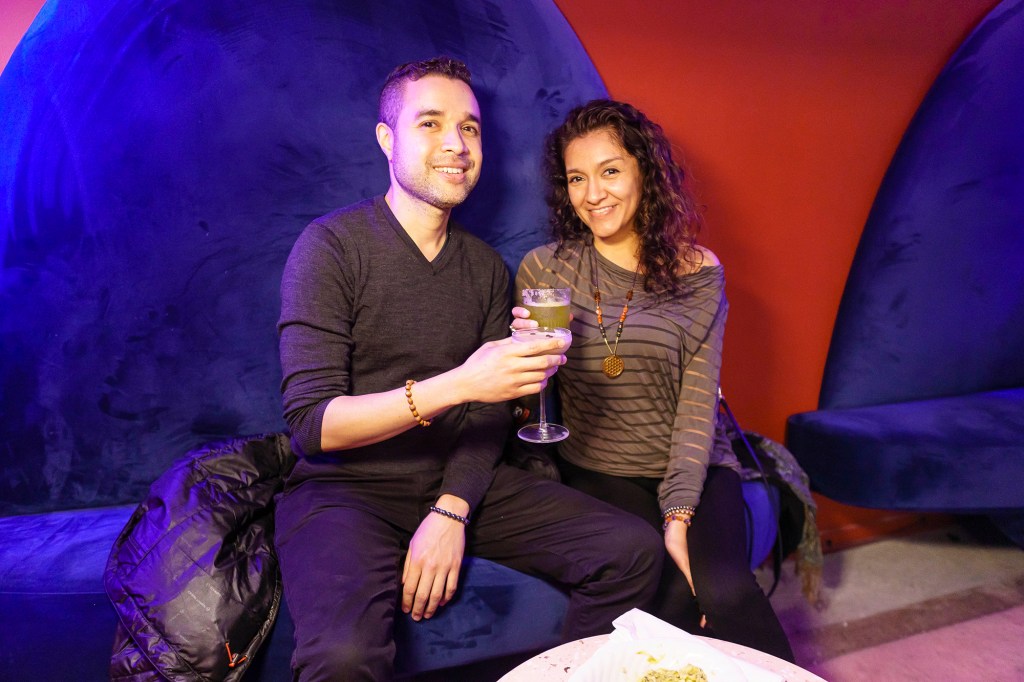 Indira Reyes and Michael Flowers got in not off the waitlist but the street after ringing the bell and getting lucky on Sunday, April 11.

And now, so has the public. While the bar has been sporadically open since getting its liquor license March 17, 2020 — the day shelter-in-place orders were announced for NYC due to the coronavirus pandemic — a recent viral post has left would-be customers desperate for entry.

“It really blew up on TikTok,” said La Noxe co-founder and Perie’s wife, Mariko Gale-Perie, adding that the bar’s three-person team has been scrambling to keep up with reservation requests ever since a clip revealing its unlikely location circulated in late March. Some have even tried to make reservations for the 15-person capacity space as far out as 2022.

The spot is open from 6 p.m. to 11 p.m. Tuesday through Sunday, but Perie eventually hopes to expand his hours until 4 a.m., as well as operate as a coffee shop during the day.

In an effort to better curate his new nook, Perie only books La Noxe to 80 percent capacity a night, leaving room for friends and random passersby to enjoy its cocktail list and menu of various seafood plates ($8 to $18), arepas ($10) and small bites.

In addition to curious commuters, drop-ins have also included an MTA employee who works in the station’s booth. “He’s a DJ also — he gave me his demo tape,” said Perie. “He was so surprised to see a bar here.”

Over the decades, the space has housed a variety of businesses, from a barber shop to a luncheonette, a music studio and, most recently, a massage parlor. 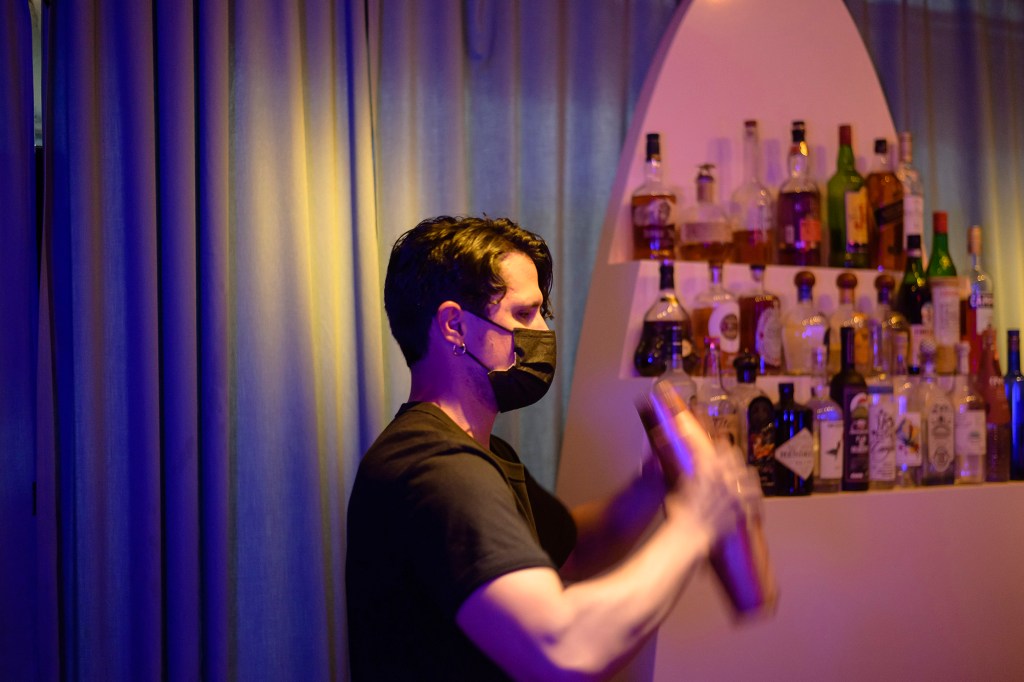 Diego De La Fuente prepares one of the bar’s $ 17 cocktails. 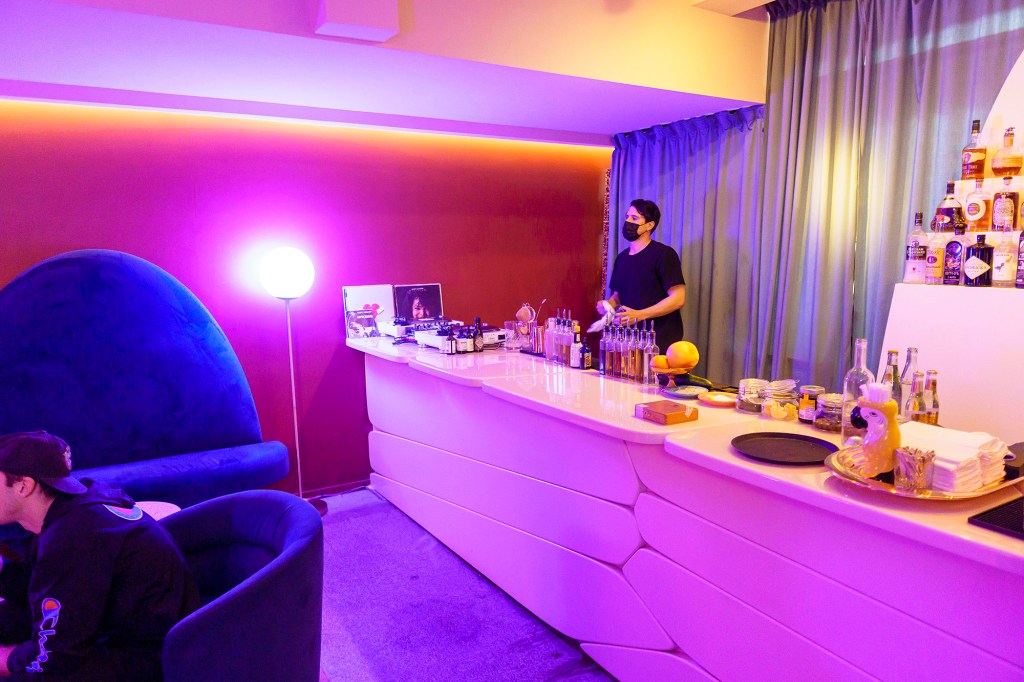 “They were the real speakeasy,” said Perie of the previous tenants, who he says operated more as a “sex parlor” and were evicted in late 2018.

While he doesn’t love the prohibition-era term, Perie does appreciate the intimacy and curiosity of running a bar in such a small, strange location. “No matter how much instruction I give people, they get lost — that’s part of the magic,” he said.

Boy, 8, ‘was sent home from hospital twice’ before dying of Strep A

Boy, 8, ‘was sent home from hospital twice’ before dying of Strep A