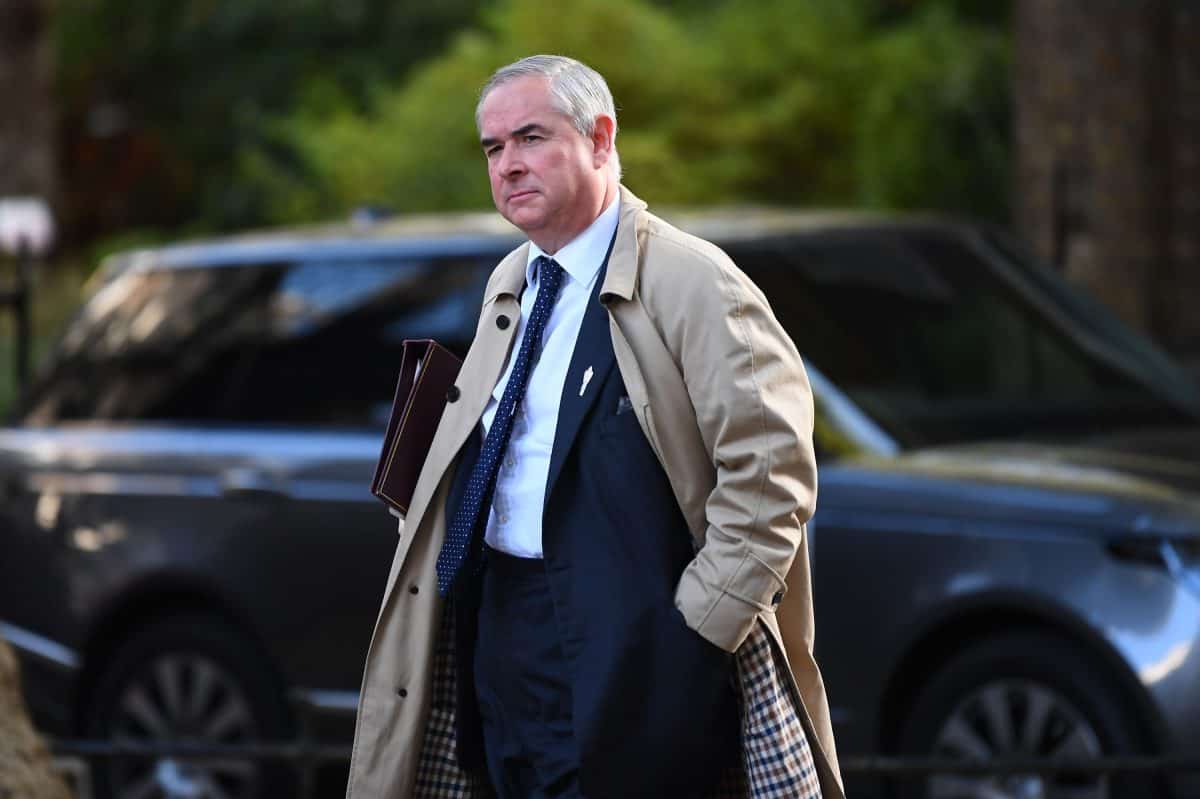 Labour is calling for an urgent investigation after a Cabinet minister deemed it was “legitimate” for former attorney general Sir Geoffrey Cox to earn hundreds of thousands of pounds advising the British Virgin Islands in a corruption probe launched by the Foreign Office.

Dominic Raab, who as foreign secretary launched the commission of inquiry into what he called “very serious” allegations in the governance of the islands, said it was useful for Parliament to have some knowledge of what was going on in the overseas territory.

But Raab, who is now Justice Secretary and Deputy Prime Minister, said it is for voters to decide whether they feel Sir Geoffrey is dedicating enough time to being an MP.

The most recent register of financial interests showed that Torridge and West Devon Conservative MP Sir Geoffrey will earn more than £800,000 from Withers, an international law firm appointed by the British Virgin Islands (BVI) government in January.

‘Judged by their constituents’

But Labour’s chair Anneliese Dodds, in a letter to the Prime Minister, said: “The people of Torridge and West Devon must be wondering if Geoffrey Cox is a Caribbean-based barrister or a Conservative MP.”

No 10 said Boris Johnson felt an MP’s duties in Parliament must come first, but would not be drawn on individual cases.

A spokesman for the Prime Minister said Johnson thought an “MP’s primary job is and must be to serve their constituents and to represent their interests in Parliament”.

In the latest update to the register of financial interests published by Parliament, Sir Geoffrey disclosed that from September 28 this year until further notice, he will be paid £400,000 a year by Withers for up to 41 hours of work per month.

Dodds said, in her letter to Johnson: “It appears that your former attorney general is profiting from advising an administration accused of corruption and tax avoidance.”

She added: “It seems Sir Geoffrey took advantage of Covid-related parliamentary rules and flew out to the BVI to vote by proxy from the other side of the Atlantic.

“The irony is not lost on me that he arrived in the Caribbean on the day that those MPs who actually feel a sense of duty to their constituents were debating global anti-corruption standards.”

But earlier, Raab told BBC Radio 4’s Today programme that it was not for him to “get comfortable with” the situation.

And he added that such an arrangement is a “legitimate thing to do as long as it is properly declared”.

He told Times Radio: “In relation to the British Virgin Islands, I was the foreign secretary that commissioned a commission of inquiry, given the allegations of misgovernance and very serious ones, including criminal wrongdoing.

“Now, I’m not going to get dragged into what individual MPs do, but actually having the former attorney general – and it wasn’t my decision, he was hired by the government of the BVI to advise them on how to correct and deal (with) and address those allegations – actually, is a legitimate thing to do as long as it’s properly declared.

“And, of course, it’s quite important in that Parliament, which is responsible residually for some areas of our relationship with the overseas territories, we’ve got some knowledge of what’s going on in those territories.”

Among the allegations being examined in the investigation are that public servants, community leaders and people in the media had been intimidated to such a degree that they spoke of living in a “climate of fear”.

It was claimed that funds set aside for struggling families during the pandemic had been “reallocated to political allies”, while government contracts had been awarded without any proper procurement process.

Related: Guess who else eyed up a consultancy gig? Sir Keir Starmer

Why discussing money early is crucial to healthy relationships