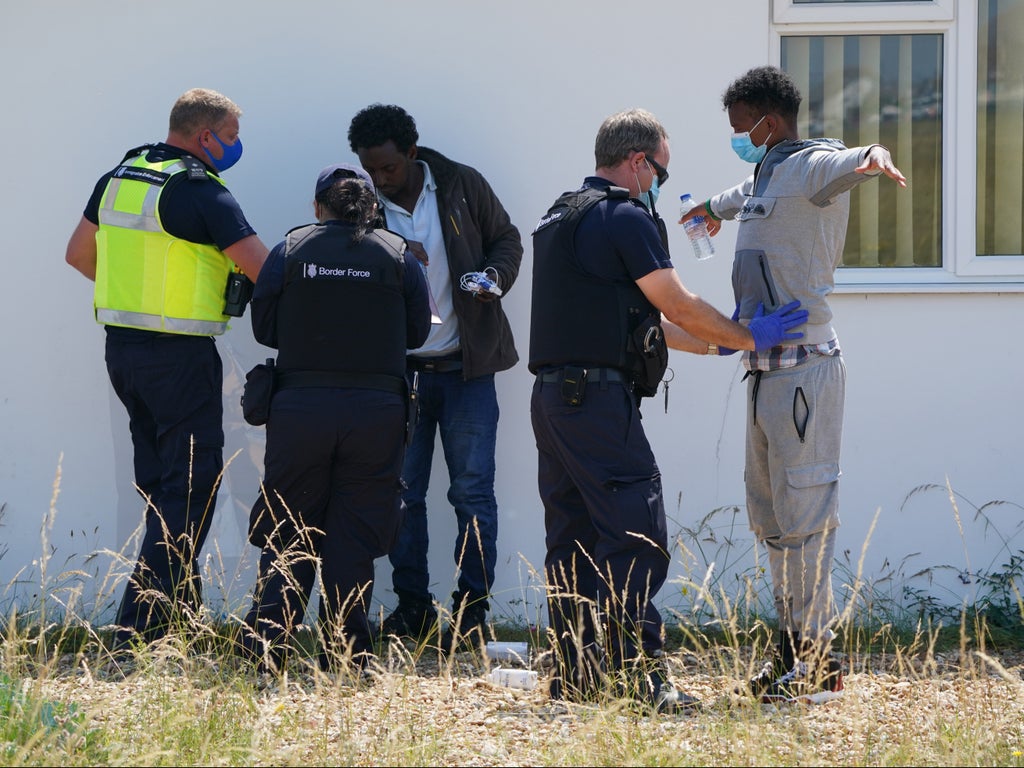 A Labour councillor has been condemned for suggesting Britons set up a “home guard” volunteer force to help track down migrants who have come across the English Channel and hand them over to the authorities.

Brendan Chilton, leader of the Labour group on Ashford Borough Council, said a volunteer body could support the Border Force agency in identifying migrants arriving via the Kent coastline.

The councillor tweeted: “It’s quite clear the Channel migrant crisis is not going away. The government haven’t got a clue. How many are arriving and then disappearing? Perhaps we need to form a sort of ‘Home Guard’ – voluntary – to support the coast guard, police, border force etc?”

The Labour councillor, the party’s candidate in Ashford at the 2015 general election, added: “I genuinely don’t see the problem here, but Twitter has as usual gone crazy.”

“It is deeply distressing that a prominent Labour councillor is propagating these kinds of far-right fantasies.”

The campaigner added: “The Labour leadership must immediately take action and loudly reaffirm our support for the rights of migrants and an end to immigration detention.”

Councillor Chilton told The Independent he had been “taken aback” by the denunciation, saying he had been trying to make “a helpful suggestion to support the border services”.

The Labour politician said: “I have since deleted the tweet in question because what I believed was a helpful contribution [and] idea to support our overstretched and underfunded border forces was received with outrage by people labelling me as a fascist and anti-refugee, when all my life I have been an anti-fascist campaigner.”

He added: “I admit the use of the phrase home guard was not the best way to describe it – but the substance is to support our public services.”

Defending his idea, the Labour leader of the Kent council suggested that volunteers could “ensure those arriving stay on the beach until the Border Force arrived to collect them”.

As well as providing first aid, Mr Chilton claimed the volunteer force would “act as a citizen wall between those arriving and local people who have on occasion been hostile to the migrants”.

Mr Chilton was previously criticised for describing British women held in detention in Syria – the so-called “Isis brides” – as “traitors” who should be left to “rot in the desert”.

Labour has accused home secretary Priti Patel and the government of presiding over “chaos” when it comes to migrant crossings.

Last week immigration minister Chris Philp travelled to France to check on increased patrols there after the government agreed to give French authorities an extra £54m to try to tackle the issue last month.

The Independent has approach the Labour Party for comment on Mr Chilton’s remarks.

How to make courgette (and other summer veg) fritters – recipe | Food

The government should hand £320 to every household to help struggling families through the winter fuel crisis, the new...

GPs are set to be balloted on industrial action over controversial reforms proposed by health secretary Sajid Javid.The “outraged”...

President Joe Biden botched the numbers behind the COVID-19 vaccine rollout Thursday as he stretched to take all the...

WASHINGTON — Vice President Kamala Harris on Thursday sharply criticized Republicans for blocking a bill that would have created minimum...

Over twice as many respondents who did not vote in the 2016 referendum would now vote remain, accounting for...

How to make courgette (and other summer veg) fritters – recipe | Food