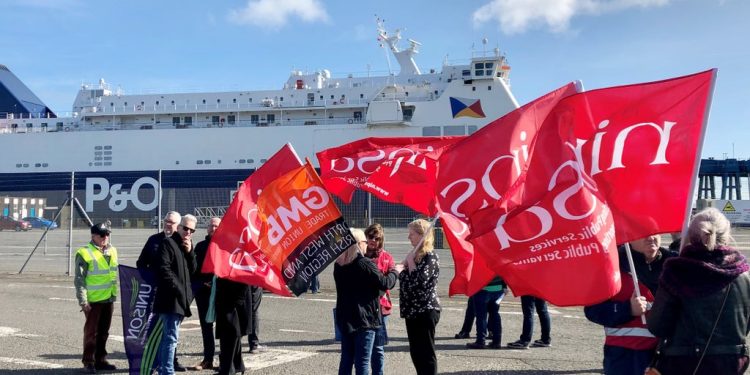 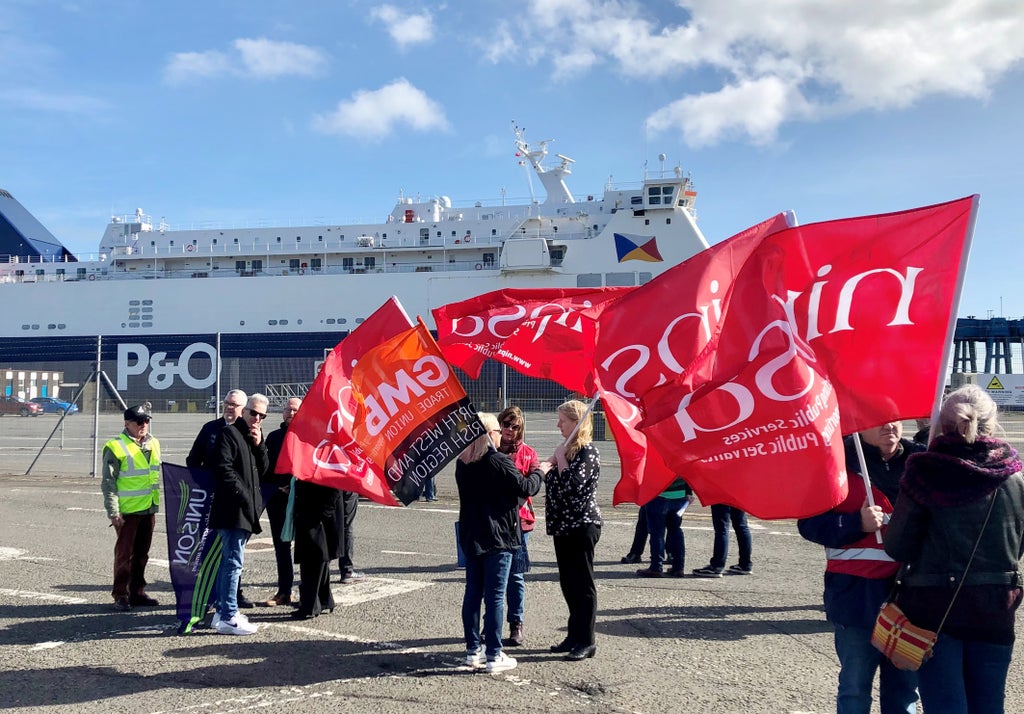 Labour is to force a vote in the Commons on Monday to demand that ferry company P&O reinstate 800 workers sacked with no notice on Thursday.

The TUC called on MPs of all parties to back the emergency motion, which would also ban the controversial practice of “fire and rehire”.

Chancellor Rishi Sunak has confirmed that a review is under way into all government contracts with the company, whose decision to replace long-serving personnel with cheaper agency staff he described as “appalling”.

Unions, who will stage a protest outside parliament on Monday, said that new crew on board ships are likely to end up on “poverty pay” well below the minimum wage.

Shadow transport secretary Louise Haigh said the incident should be “a line in the sand” for workers’ rights.

Her motion calls on the government to:

Ms Haigh said: “This scandalous action must be a line in the sand. If P&O Ferries can get away with this, it will give the green light to other exploitative employers.

“It is the consequence of the Tory assault on workers’ rights. A Labour government will strengthen employee protections and ban fire and rehire to give people the security they deserve for an honest day’s work.

“No more excuses, on Monday Tory MPs must join with Labour and vote to ban cruel fire and rehire for good. They must decide which side they are on – loyal workers in Britain or billionaires riding roughshod over rights.”

TUC general secretary Frances O’Grady said: “No matter where their party loyalties lie, MPs should do the right thing and back Labour’s motion to end fire and rehire and demand the immediate reinstatement of all sacked staff.

“Ministers have spent the last few days condemning P&O’s actions – now they have a chance to prove they mean it.”

The RMT transport union said P&O ships on the Liverpool-Dublin route have now been crewed with Filipino ratings on contracts which pay below the minimum wage.

Shipping companies which are registered in other countries and operating routes from UK ports to Europe can pay below the minimum wage because they are exempt from legislation.

RMT general secretary Mick Lynch said: “P&O may pay more than the minimum wage at first to agency staff but they will eventually move to rates below this simply because there is nothing to stop them from doing so.

“We fear poverty pay will be accompanied by seafarers being chained to 12-hour-day, seven-day-week contracts that operate continuously for six months, with no pension.”

A spokesperson for P&O Ferries said: “We know that for our staff this redundancy came without warning or prior consultation, and we fully understand that this has caused distress for them and their families.

“We took this difficult decision as a last resort and only after full consideration of all other options, but, ultimately, we concluded that the business wouldn’t survive without fundamentally changed crewing arrangements, which in turn would inevitably result in redundancies.”