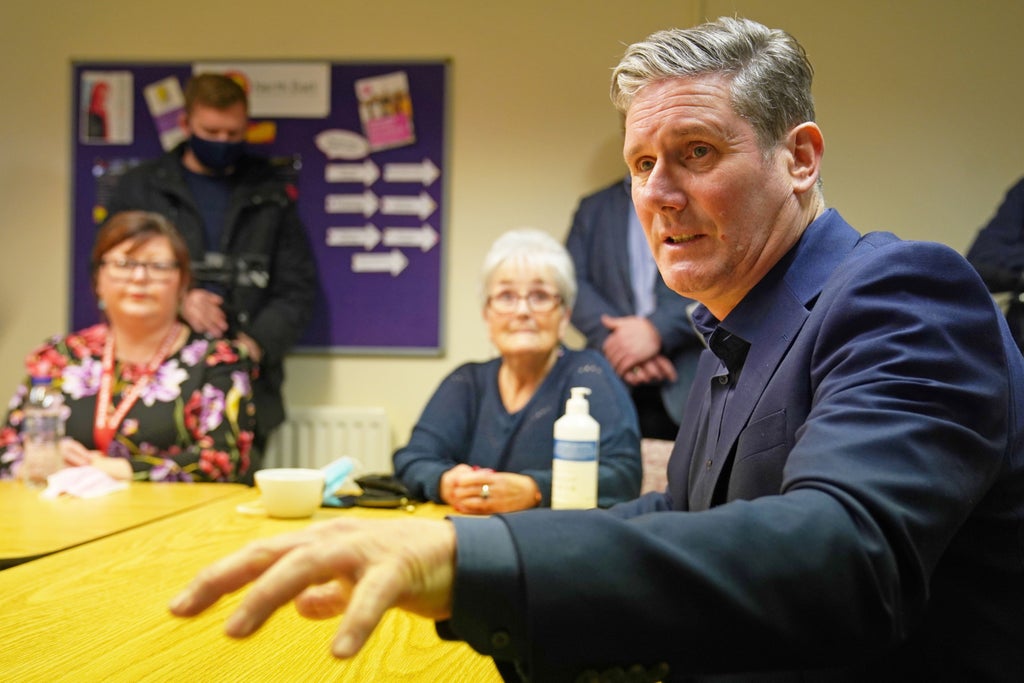 Labour has taken a nine-point lead over Conservatives, their largest since February 2014, according to a poll.

The Opinium survey put Sir Keir Starmer’s party on 41 per cent of the vote and the Tories on 32 per cent as Boris Johnson’s government is plagued by scandals.

The poll put the PM’s approval rating at an all-time low, with only 24 per cent approving of the job he is doing running the country, while 59 per cent disapprove. The net approval rating of -35 is by far the worst of his time in No 10.

A third of voters approve of the job Sir Keir is doing, compared to 35 per cent who do not, found the survey, commissioned by The Observer.

Sir Keir was also the favoured candidate to be PM for the first time since January.

The poll found 29 per cent believe the Labour leader would be the best leader of the country, compared to 22 per cent, who said Mr Johnson.

The results come at the end of a damaging week for the PM, who has come under increasing pressure over alleged parties held in his flat during lockdown and been accused of lying over the refurbishment of his Downing Street residence.

Some 51 per cent of people surveyed said they were shocked by reports of Christmas parties at No 10 during lockdown last year, and 48 per cent said they disapproved of the way the government was handling the Covid pandemic – the lowest since January.

It also comes as Mr Johnson faces potentially the largest rebellion of his time as PM, with more than 60 Conservative MPs said to be against the introduction of extra coronavirus measures announced this week.

He announced on Wednesday that he would be triggering his winter plan B protocols in a bid to fend off the surge of the omicron variant.

Plan B measures include compulsory mask-wearing in most public indoor settings, guidance for employees to work from home, as well as vaccine passports for large venues – the latter being a point of great contention among Tory ministers.

“It is not the appropriate tactic to impose on a very weary nation at this time.”

Taxes and the Affordable Care Act

What it means in astrology, sex

What it means in astrology, sex