Labour spent £95k on Hartlepool by-election, which it lost 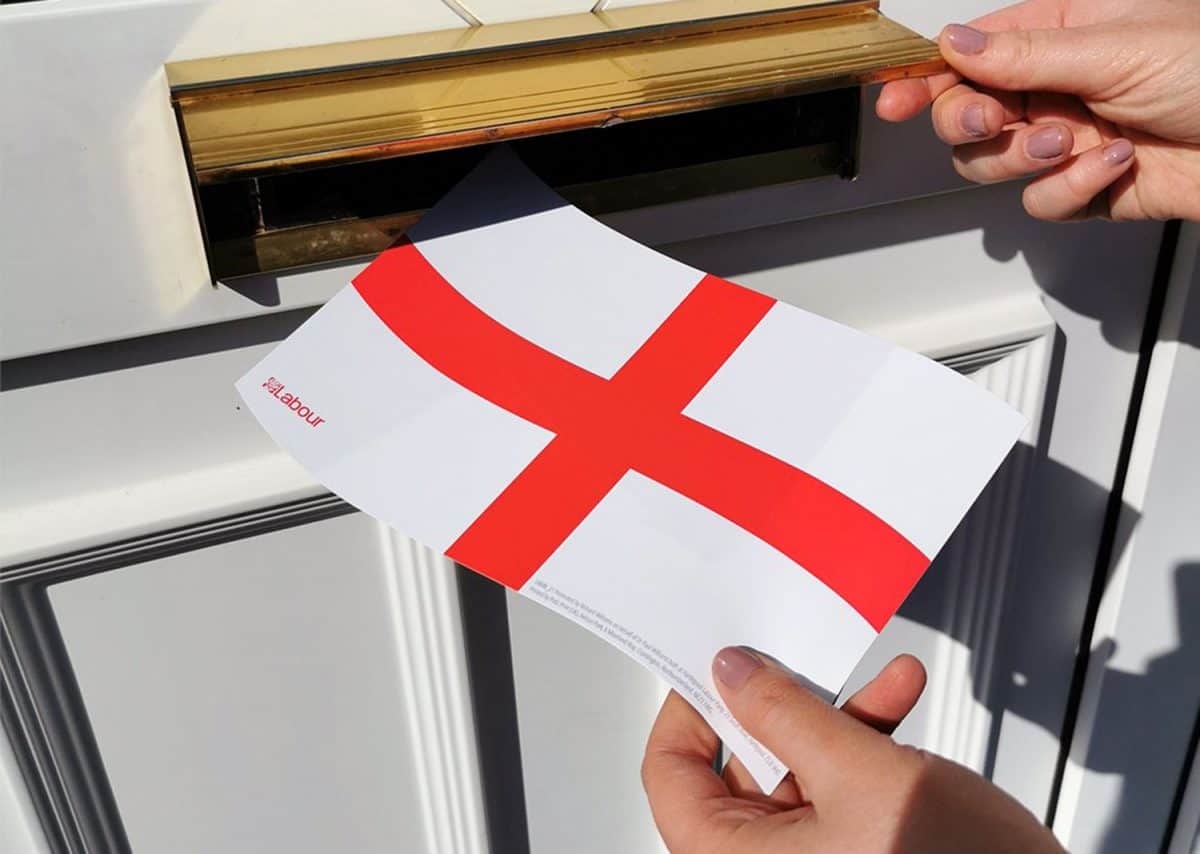 The Labour Party outspent the Conservatives by almost £8,000 in the Hartlepool by-election, new electoral spending return data has shown.

The figures, signed off by the party’s candidate Paul Williams, included money for ‘Happy St George’s Day’ flyers that were sent out emblazoned with the English flag.

Happy St. George’s Day to everyone in Hartlepool! I hope you have a great day and let me know if you pop on of these up in your window. pic.twitter.com/DCkkB07IGB

The Labour Party’s expenditure on the St George’s Day leaflet is noted as being more than the £312 the party spent on an A5 leaflet for polling week; the £567 spent on “postal vote cards”; or the £46.50 spent on early vote sign-up cards.

The A5 flyers featured St George’s cross on one side and on the other wished voters “Happy St George’s Day from Dr Paul Williams and the Labour team.”

It encouraged recipients to “display this poster with pride in your window. Please enjoy St George’s Day in a Covid-secure way, helping us all defeat the virus together,” the Telegraph reported.

The flyers came months after a leak to the Guardian of an internal Labour party presentation, which said there needed to be stronger communication of “Labour’s respect and commitment for the country.”

It suggested that “the use of the flag, veterans, dressing smartly at the war memorial etc give voters a sense of authentic values alignment”.

Previous attempts by the Labour Party to discuss St George’s Cross saw the resignation of a shadow cabinet minister, Emily Thornberry, over a photograph of a house with three English flags and a white van.

Another shadow cabinet minister suggested that the party must “wrap itself in the St George’s flag” following their defeat in the 2015 general election, the Independent reported.

Related: Kids can skip quarantine and expensive tests, but only if they live in the UK

Adele gets over divorce with new album and boyfriend Rich Paul

Plan for vaccine passes for nightclubs ‘not a bluff’, says minister

Most Brits think EU is to blame for post-Brexit deal issues, poll finds

US plans to require foreign visitors to be vaccinated

Adele gets over divorce with new album and boyfriend Rich Paul