Exclusive: The government is facing growing pressure to relax the UK’s immigration rules amid a lorry driver shortage that industry leaders warn will get worse in the coming weeks.

A perfect storm of the coronavirus, Brexit, and shrinking numbers of HGV drivers has put huge strain on the country’s food supply chains as the country emerges from lockdown.

A significant number of lorry drivers retired or changed jobs during the pandemic, with many joining online delivery companies, while non-UK national drivers who left the country will struggle to return due to the government’s post-Brexit immigration rules, industry leaders say. Earlier in the summer the number of drivers isolating as a result of Covid contact also contributed to the issue.

The disruption has led to social media being awash with pictures of empty supermarket shelves.

There are shortages elsewhere in the supply chains, too, with dearths of pickers, packers and other workers resulting in crops going unpicked and fruit and vegetables not reaching supermarkets.

Multiple industry groups have urged the government to alleviate the HGV driver shortage crisis in the short-term by adding overseas drivers to the shortage occupation list, which would allow them  to take up lorry driving jobs in the UK.

Labour backed calls for government to look again at immigration rules on Tuesday.

“The government’s inability to get a grip on this situation threatens businesses and consumers, who are already seeing empty shelves in the shops this summer,” McCarthy said.

“British businesses can’t afford to wait until 2022 for the Government to deliver enough driving tests for hauliers – we need action now.

“They should have recognised these risks and planned far better, having been warned time and again by the industry.

“The Government have missed opportunities to work with the Migration Advisory Committee to plan for this. That must be urgently addressed.”

However, the government has said it will not draw on the help of foreign workers. 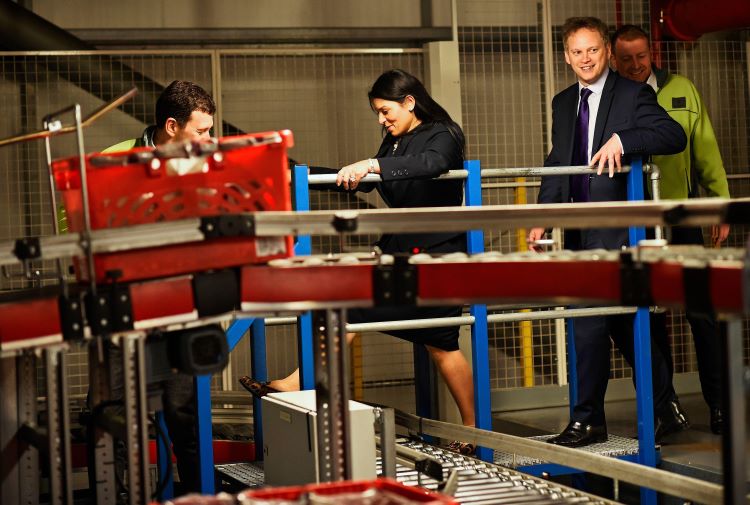 In a letter to Labour last week, seen by PoliticsHome, Transport Secretary Grant Shapps said he was personally opposed to foreign workers being used to tackle the shortfall in HGV drivers.

“Leaving the EU has provided us with the opportunity to introduce a new immigration system while building a more resilient domestic workforce,” he wrote to a group of shadow ministers including Shadow Roads Minister McCarthy, Shadow Home Secretary Nick Thomas-Symonds, and Shadow Transport Secretary Jim McMahon.

“I am sure you would agree on the importance of utilising our domestic workforce and supporting the many UK-based workers who now face an uncertain future due to the impact of the measures to tackle Covid-19 and need to find new employment opportunities.”

A government spokesperson today told PoliticsHome: “The British people repeatedly voted to end free movement and take back control of our immigration system and employers should invest in our domestic workforce instead of relying on labour from abroad.”

The government points to measures it has introduced in an attempt to address the HGV driver shortage, like relaxing rules for how long drivers can work where it can be done safely, and making available £7,000 funding per apprenticeship for people training to be a lorry driver.

It also plans to streamline the process for new drivers to gain their HGV licence and to increase the number of tests able to be conducted. Around 45,000 tests were missed during the pandemic, according to industry estimates.

However, Labour and industry groups say these measures don’t go far enough and that efforts to get more British workers into the sector, while welcome, will take many months to deliver sufficient numbers.

“As an industry, logistics was reliant upon EU workers to supplement domestic employees, and the loss of European drivers after Brexit and the suspension on driving tests during lockdown is now being felt,” Logistics UK’s Alex Veitch told PoliticsHome.

“While UK citizens train and qualify as the next generation of drivers, which can take up to nine months, it is vital that the government extends its temporary visa regime, recently extended to agricultural workers, to logistics employees to ensure that the UK PLC can continue to receive the goods it needs in a timely fashion.”

A report by The Sun over the weekend said around 2,000 HGV drivers in the Army had been put on stand by to help deliver food and other essentials, with a source telling the newspaper: “Messages are being sent out to all Army personnel with HGV qualifications.”

Industry figures have reacted sceptically to the reported plan, pointing out that the UK is currently short of around 100,000 lorry drivers. One industry leader said they believed it was government “kite flying” and that the plan wouldn’t actually be put into practice.

How They Work and Are They Worth It

This One Simple Thing Makes A Huge Difference For Parents

Hollywood’s Sobering New Reality of Fentanyl Lacing: “Don’t Gamble If You Don’t Have a Stash From Pre-2020” – Hollywood Reporter