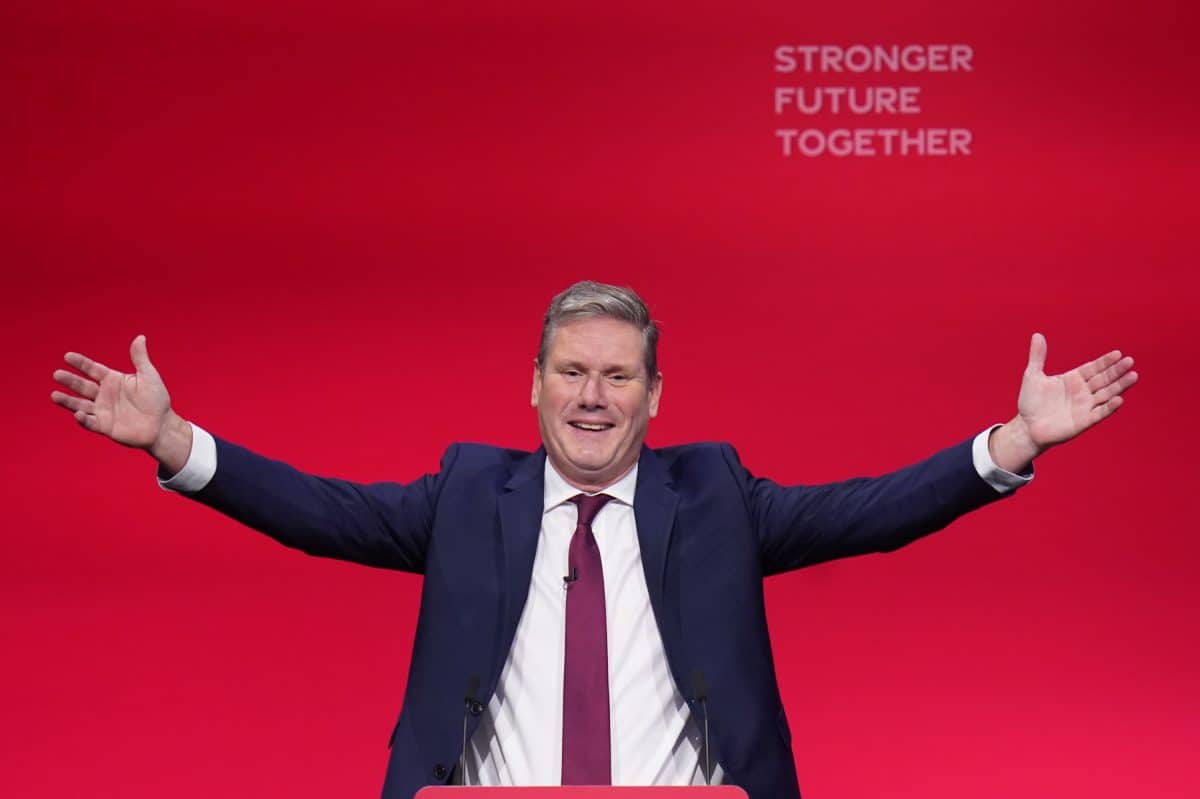 The Conservatives have increased their lead over Labour in a sign that Sir Keir Starmer’s speech might not have hit home this week.

Following an eventful week in which Labour Party delegates convened in Brighton and a HGV crisis continued to grip the country, there was little movement in the polls, with the Tories now on 39 per cent (-1 per cent) and Labour on 35 per cent (-2 per cent) of the vote share.

Two-fifths (39 per cent) think he has the nation’s best interests at heart, but only 28 per cent think he looks like a prime minister in waiting.

Over two thirds (69 per cent) think the government has responded badly to the HGV driver shortage, including over half (52 per cent) of 2019 Conservative voters.

Furthermore, 63 per cent say they have been directly impacted by the HGV driver shortage, although only 12 per cent say it has had a big impact.

The biggest impact has been not getting what they want at shops or the supermarket (27 per cent), or not being able to get fuel from a petrol station (24 per cent).

Two thirds (67 per cent) blame the current government for the crisis, including half (51 per cent) of 2019 Conservative voters.

More broadly, the public blames Brexit (34 per cent) more than the pandemic (16 per cent) for the crisis, while 23 per cent blame both equally.

On balance 40 per cent expect the situation to improve in the next few weeks, although 29 per cent think it will get worse.

Much of the public is starting to feel the effects of Brexit, and half (49 per cent) now think Brexit is having a negative impact on the UK economy (including 26 per cent of Leave voters).

One in four also (26 per cent) think that it has having a detrimental impact on their personal financial situation (although only 12 per cent of Leave voters think this).

Overall, three in five (59 per cent) think Brexit has gone badly, while 32 per cent think it has gone well.

Adam Drummond, Head of Political Polling at Opinium comments: “This week saw a successful conference speech for Keir Starmer and another bad week of headlines for the government.

“Yet, the early data from after the conference, with most of the fieldwork taking place immediately after the leader’s speech on Wednesday, saw the Conservatives retain a narrow lead and Starmer’s approval ratings hold stubbornly in negative territory.

“This is despite a crisis that voters both directly blame the government for handling poorly and also blame its flagship policy of Brexit for contributing to. It appears Labour has yet to demonstrate that it would be an improvement on the current government, despite its flaws.”

Related: Tory police boss urged to resign after saying women should be ‘streetwise’