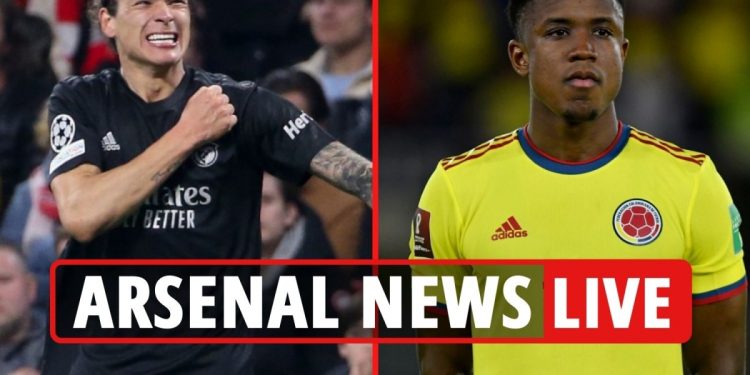 Arsenal target Marco Asensio is reportedly weighing up his future at Real Madrid.

The 26-year-old Spanish winger has been told by Bernabeu chiefs to sign a new bumper deal by the end of June or he will be sold, according to Sport.

The Gunners reportedly saw a £34million bid for Asensio rejected in the summer, and Liverpool were also linked with him in October.

Meanwhile, Inter Milan would be prepared to sell Arsenal-target Lautaro Martinez for about 70 million euros, according to Calciomercato.

Their report says the Italian giants do not consider the 24-year-old Argentina striker “non-transferable”.

But a star who might be coming back the other way is Ainsley Maitland-Niles.

He is set to return to Arsenal when his loan spell at Roma ends, according to the Mirror.

The versatile midfielder, 24, made a temporary switch to the Serie A club in January but has had limited game time.

It remains to be seen whether Gunners boss Mikel Arteta sees a future for the five-cap England star at the Emirates, but he is likely to attract interest from other Prem clubs in any event.

And teenage midfielder Bradley Ibrahim has signed his first pro deal with Arsenal.

The 17-year-old joined from Queen’s Park Rangers last summer and has been impressing in the Gunners’ youth ranks.

The versatile starlet can play in the middle of the park as well as centre-half.