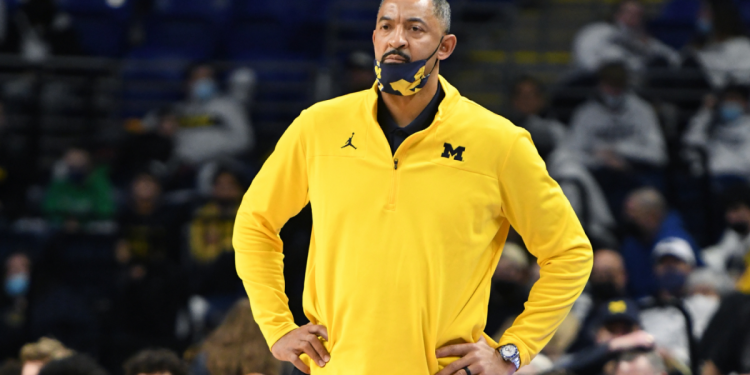 One name can be eliminated from the Los Angeles Lakers coaching search. Michigan men’s basketball coach Juwan Howard resisted an “overture” from the Los Angeles Lakers regarding their coaching vacancy, according to ESPN’s Adrian Wojnarowski. The Lakers never made a formal offer to Howard, per Wojnarowski, but the interest was there on their end. Had Howard also been interested, the two sides likely would have progressed in talks.

Howard has prior NBA experience, as he served as an assistant with the Miami Heat from 2013 to 2019. He has served as the head coach of the Wolverines since 2019, and he is currently content to remain in Ann Arbor, especially with his two sons — Jace and Jett — on Michigan’s roster. Howard has a 93-61 overall record in three seasons at Michigan, and he was named the AP’s National Coach of the Year in 2021.

With Howard out of the picture, the Lakers have reportedly narrowed their search to three candidates — Milwaukee Bucks assistant Darvin Ham, Golden State Warriors assistant Kenny Atkinson and former Portland Trail Blazers coach Terry Stotts. Of those three candidates, Ham has reportedly made the strongest impression on L.A.’s front office thus far. The team is expected to conduct in-person interviews in the near future.

Ham has been with the Bucks since 2018, following Milwaukee head coach Mike Budenholzer from the Atlanta Hawks. In that time, Ham has been an integral figure on Budenholzer’s coaching staff, helping lead the Bucks to a championship last season and assisting in the development of two-time MVP Giannis Antetokounmpo. He has been up for several head-coaching jobs in the past but has yet to land one.

Stotts hasn’t coached since parting ways with the Portland Trail Blazers following the 2020-21 season. During his time there, he helped lead them to the Western Conference finals and missed the playoffs just once during his nine-year tenure. Atkinson served as Brooklyn’s head coach from 2016 to 2020. Since then, he’s served as an assistant with the Los Angeles Clippers and the Warriors.

There was some speculation that the Lakers could trade for Philadelphia 76ers coach Doc Rivers, and that the Sixers would be open to it. However, there’s no truth to such speculation, according to a league source, as the Sixers want Rivers to remain as their coach.