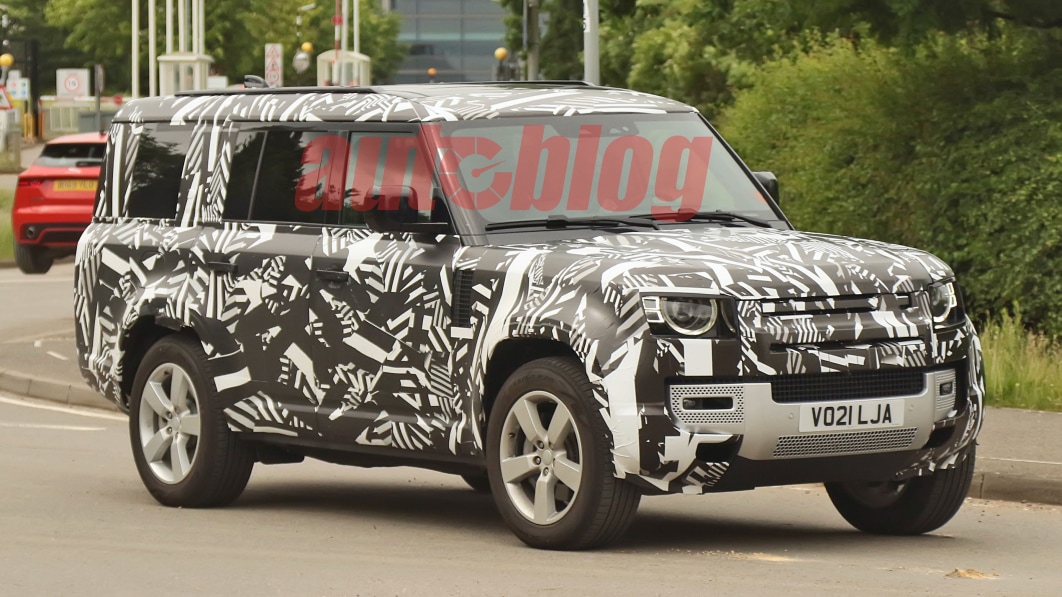 The Land Rover Defender family will expand to three models before the end of 2022, with the current Defender 90 and 110 being joined by an even longer three-row variant dubbed the 130. These spy shots are our first look at the production version this new extra-legroom model.

We’re looking at a fairly advanced prototype, judging by the skin-tight camouflage and hatch-mounted spare tire which, as Road Test Editor Zac Palmer points out, could prove troublesome for garaging. The front 3/4 view actually looks rather conventional; it’s not until you get around to the side profile that the 130’s added length becomes apparent.

Although the 110 is already available with an optional third row, it’s small to the point of being nearly useless. Much like the front-center jump seat available on the 90, it’s meant to be used in a pinch, not with regularity. The 130 will reportedly cure this with an additional 14 inches of overall length while preserving the wheelbase of the current 110 (119.0 inches).

From nose-to-tail, the 130 should measure roughly 201 inches, not counting the aforementioned rear-mounted spare wheel. That’s roughly 6 inches longer than the Land Rover Discovery, which also offers a third-row seat. Ruh roh. With Land Rover in consolidation mode, that may not bode well for the more luxury-oriented Discovery, which also faces pressure from Land Rover’s own Range Rover family.

We originally expected the Defender 130 to bow before the end of 2022. These shots give us hope that Land Rover can keep to that schedule, but with logistics being what they are, the best we can hope for is ballpark.

Baxter Blue is Making Plant-Based Frames You Can Compost

Next Subaru Wilderness model teased, and we’re sure we know what it is

Mitsubishi’s new Outlander could herald the return of Ralliart