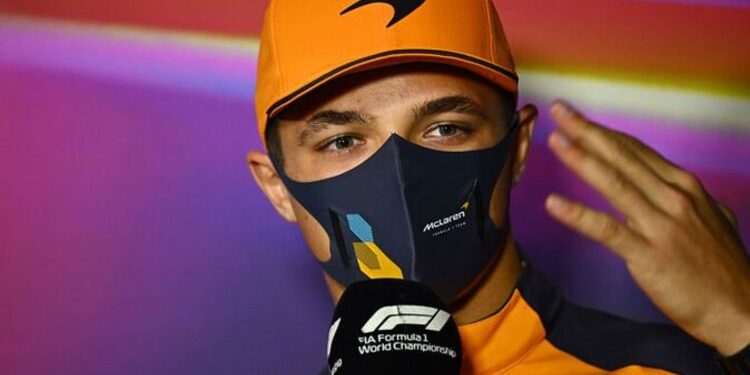 
Lando Norris has urged F1 bosses to make urgent track alterations ahead of Sunday’s race after Mick Schumacher’s horror 170 mph crash in qualifying. The Haas driver lost control on the exit of turn 10, hitting the inside concrete wall with immense force.

Schumacher looked initially motionless and an ambulance was called for the 23-year-old. He was eventually removed from the car conscious and was able to talk to his family before being airlifted to hospital for checks.

However, Norris has questioned the safety of the Jeddah Corniche Circuit, demanding more action is taken.

He said: “Just with this type of car, you can’t have such an aggressive kerb at such a speed that we are running at, and what makes it worse is how it’s angled to come back and then curves round. You just get it a little bit wrong and it can be a big incident as we saw.

“It needs to be edited for the race and changed a bit because, especially in a race situation, if you are following or just get a bit of understeer because of the dirty air or so on, through no fault of your own you can just get caught out. And with the car and how it is with the kerb, it can easily end up in a bad place. They need to change it for the race.”

However, the McLaren driver was not keen on the idea, warning the design of the circuit was just “very odd”.

Norris added: “I don’t think you can put a TECPRO on the inside of the wall there because then the wall comes back out. Just the shape of everything there is very odd, so if you had a TECPRO there, if you hit it then it could easily just come on to the track which is the issue. Therefore I don’t think it is possible.

“Apart from the kerb itself, everything is as good as it can get unless it’s much wider but then it just defeats the object of the circuit.”