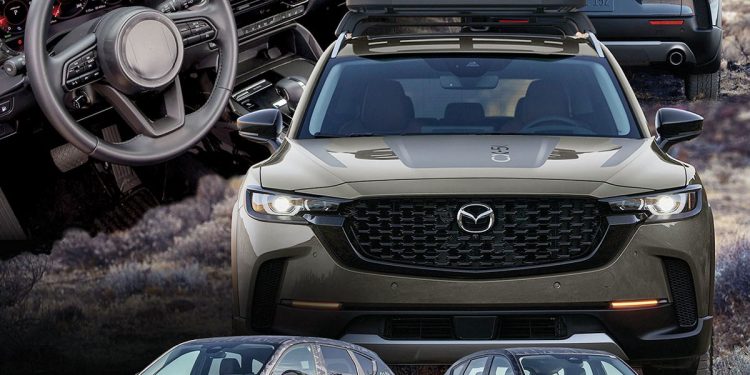 
But now, Mazda the inchworm is coiling up for more than a caterpillarlike crawl.

This year, it will attempt a big leap forward in a bid to remake the lineup and its brand image for an industry under siege by change. The overhaul centers around a range of larger and electrified new vehicles that Mazda bets will boost U.S. sales 35 percent to a record 450,000 in just four years.

In a word, Mazda Motor Corp. is trying to find a new mojo.

CEO Akira Marumoto’s ambitious growth gambit is not without its risks. Mazda has been reaching for — but failing to achieve — U.S. sales of at least 400,000 since 2013. And the new portfolio stretches Mazda’s meager R&D budget precariously thin in an age when money matters more than ever.

Executives detailed the new push to Automotive News in a series of interviews and briefings, including a test drive of Mazda’s newest crossover, the CX-60, at its proving ground here in western Japan.

The strategy has a lot of moving parts.

But the wager bets particularly big on Mazda’s biggest market — the U.S.

Mazda is doubling down on improving U.S. sales amid lackluster business nearly everywhere else in the world. U.S. customers are already responding. Mazda tied with luxury brand BMW for the No. 2 spot on Consumer Reports’ 2022 brand report card. And Mazda topped the list the year before.

“We expect the U.S. to give us more constant, robust growth into the future,” said Senior Managing Executive Officer Yasuhiro Aoyama, the global marketing and sales boss.