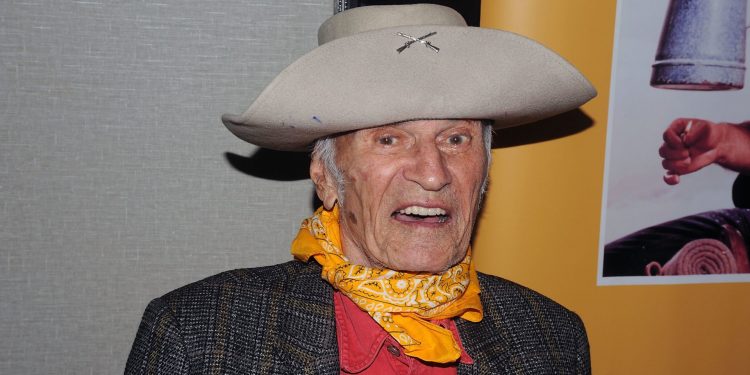 
Larry Storch has passed away at the age of 99, as confirmed by his loved ones through social media.

The American actor was best known for his appearances in productions such as F Troop, and his voice-over work as Mr. Whoopee on Tennessee Tuxedo and His Tales.

Although his work is recognised by people across the world and will be for years to come, some of his personal life is unknown to many.

Larry was in a loving marriage with his wife for countless years, so let’s get to know the woman who stood by his side throughout his successful career – along with his net worth from his time in the TV industry.

Who is Larry Storch’s wife?

Larry Storch was married to the one and only Norma Catherine Greve. Norma was born on the 6 April 1922 in Pocatello, Idaho.

Larry wasn’t the only successful actor in their marriage, as Norma was an established actress herself. In fact, she starred in numerous productions such as The Perils of P.K., The Woman Hunter and The Six Million Dollar Man.

Her career in the movie industry began at the age of 23, when Norma moved to Los Angeles in hope of making it – and it sure paid off.

Larry and Norma tied the knot on the 10th of July 1961, and the pair stayed happily married until Norma’s death in 2003. The 81-year-old passed away at her home in Manhattan after being diagnosed with cancer.

Before meeting Larry, Norma had a romantic relationship with Jimmie Cross, an American singer and radio producer, and the pair had a daughter together named June Cross in 1954.

As the 50’s were a time when racism was at a high, Norma left June at a friends house and never came home. This was because her daughter was black, and she was afraid of the criticism she would receive.

This situation resulted in June Cross’ award-winning 1996 documentary Secret Daughter. The documentary focused on June’s story, where she told viewers that she was referred to as an adopted child by her mother – who she only visited during the holidays.

According to Celebrity Net Worth, Larry Storch’s net worth was estimated at around $1 million as of 2022.

This net worth is understandable due to the amount of productions Larry starred in throughout his life.

The 99-year-old certainly did well for himself, starring in series and movies such as The Queen and The Ghost Busters. And not to forget his voice-acting roles in Treasure Island, Groovie Goolies, Koko the Clown, Scooby Doo, The Batman/Superman Hour and The Pink Panther Show.

In other news, Jake Paul vs Hasim Rahman Jr’s height and weight compared as they confirm fight