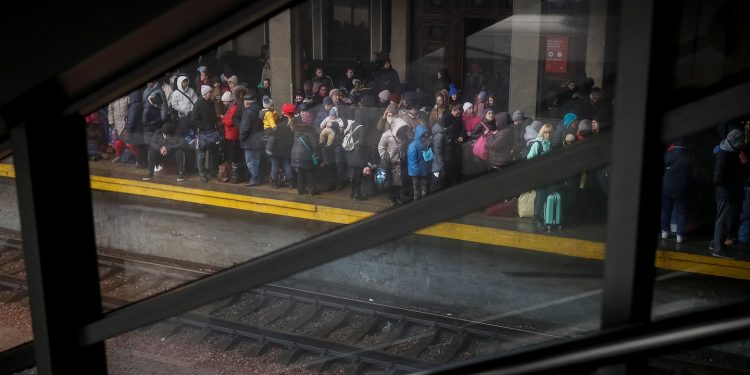 The British Broadcasting Corporation has launched two new shortwave radio frequencies that will reach areas of Ukraine and Russia where access to information may be limited because of Moscow’s invasion.

People in Kyiv and parts of Russia will be able to clearly hear BBC World Service news in English for four hours a day — from 4 to 6 p.m. British time on 15735 kHz and from 10 p.m. to midnight on 5875 kHz — a statement from the BBC said Wednesday.

Shortwave radio was invented in the early 1920s and became especially popular in Europe during times of conflict because it can reach remote areas and travel vast distances without the need for satellites or cables, which can be compromised in wartime. It tends to work better at night than during the daytime.

“We will continue giving the Russian people access to the truth, however we can,” Tim Davie, director general of the BBC, said in a statement.

According to BBC figures, an increasing number of Ukrainians and Russians are consuming news from the British broadcaster, as the Kremlin has stepped up efforts to force Russian media outlets to espouse the official line on the conflict and after a Russian missile strike appeared to target a TV tower in Kyiv on Tuesday.

The number of readers of the English-language BBC site in Russia climbed to 423,000 last week, the broadcaster said, an increase of 252 percent, while in Ukraine, it was up by 154 percent. Meanwhile, its Russian- and Ukrainian-language news websites also saw their readership soar, with the Russian-language site reaching 10.7 million people in the past week, the BBC said.

“In a conflict where disinformation and propaganda is rife, there is a clear need for factual and independent news people can trust,” Davie said, “and in a significant development, millions more Russians are turning to the BBC.”

Shortwave radio signals can travel for “many thousands of miles,” or even around the globe, according to the U.S.-based National Association of Shortwave Broadcasters. “The secret is the ionosphere — a layer of the earth’s atmosphere that shortwave signals bounce off of, rebounding back to earth hundreds and thousands of miles from their point of origin,” the nonprofit industry group says on its website.