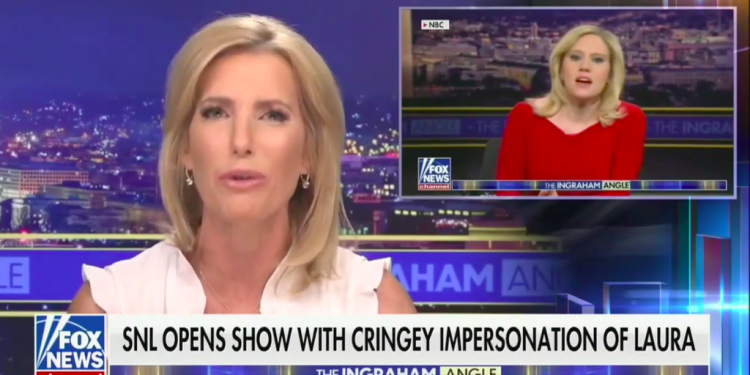 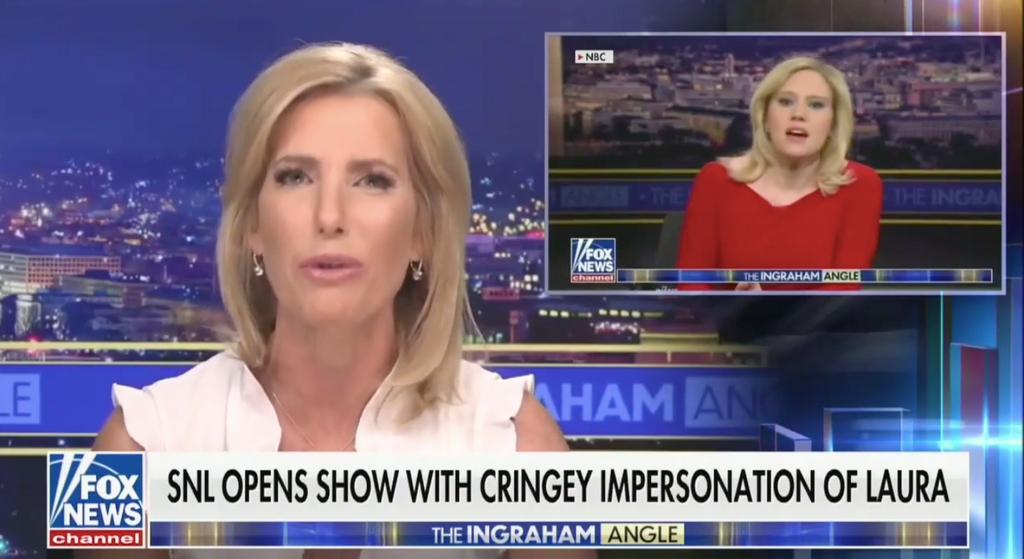 Fox News host Laura Ingraham has responded to Kate McKinnon’s Saturday Night Live skit, by doing an impression of the comedian on her show.

Ms McKinnon mocked the Fox News host: “Well we’re finally done with year one of Biden’s presidency and can we all admit it’s a disaster,” said the comic in the skit, while doing Ms Ingraham’s mannerisms. “Inflation is out of control, gas is $19 a gallon and the green M&M has been cancelled just for being a whore,” she said to canned laughter.

The clip cuts to a guest on the show. “Why don’t you tell your side of the story while I stare into the camera like it’s a raw piece of steak,” said the comic.

“The reason I like Kate McKinnon, I have so much respect for her as a talent, she’s so even-handed in her political commentary, said Ms Ingraham. “But seriously, think about all the low hanging fruit provided by Joe Biden and Nanci Pelosi … I think this is kinda comedy gold don’t you?”

Snapping out of character the exaggerated version of herself she said. “I like doing Kate McKinnon doing me, because she is kinda fun,” said Ms Ingraham before offering her comedy talents to so Saturday Night Live, so she can ridicule the left and balance things out a little.

“Here’s my deal. I will come into SNL – I’ve actually hung backstage a few times, you didn’t know I was there – I’ll do Nancy Pelosi – impression of Pelosi for free. I’m a member of SAG but I’ll do it for free, ok?” said the host.

SNL has also done routines on Democrats, including Fred Armisen as David Paterson and Maya Rudolph as Kamala Harris.

Ms McKinnon has played a number of different figures from Hillary Clinton and Jeff Sessions to Rudy Giuliani and Kellyanne Conway.