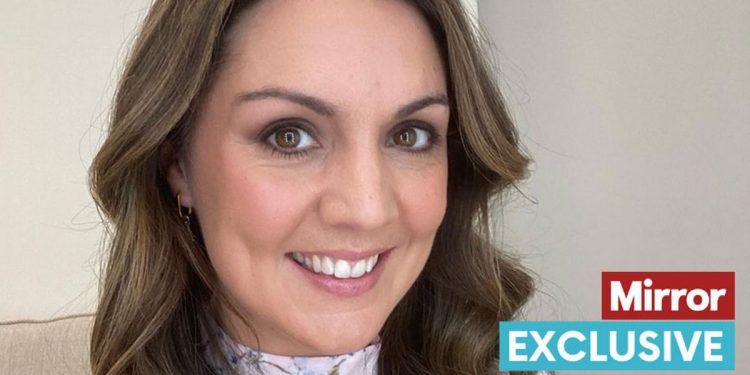 Laura Tobin has admitted that she’ so serious about recycling and waste going in the ‘proper’ bins that she has often gone through her friends’ bins at parties.

The 40-year-old broadcast meteorologist shared the confession during a candid chapter in her brand-new book on climate change, Every Day Ways To Save Our Planet.

The ITV star detailed the best ways to reduce waste at parties and admitted that she’s been caught sifting through bins during a number of soirées down through the years while her friends are lapping up the atmosphere.

In her brand-new book, Laura shares clever ways in which readers can help save the planet by making small every day changes, and the TV star swears by her rubbish bin hack while hosting parties for her daughter, Charlotte, 4.

The proud mum-of-one explained: “We may have the best intentions to create no rubbish at all, but a party is always going to create some waste.

Laura has confessed to going through people’s bins
(

“I have even been known to go through other people’s bins at parties to separate their rubbish,” she added.

Laura is so dedicated to the cause of recycling correctly that she has even gone through bins at her local train station.

The climate crisis advocate admitted that she can’t help but feel frustrated when she sees passerby’s throwing recyclable rubbish into a normal waste bin.

The meteorologist shared a number of shocking statistics in her new book – one in particular which stated that the UK only recycles 47% of it’s plastic waste.

Laura says because of this, if she buys any items of plastic out and about, she waits until she gets home to dispose of it correctly amid fears if she were to throw it away in a public setting, it would end up in the wrong bin.

“Not surprisingly, me doing this annoys my husband,” Laura penned.

“Especially if we buy something while we’re out, I have to carry it until we get home because most towns and cities don’t have recycling bins yet.

Laura has also sifted through recycling bins at the train station
(

“I can’t bring myself to put recyclable products into a regular bin because I know they will end up in a landfill.

“Pre Covid, I even used to take things out of the regular waste bin at the train station and put them in the recycling bin they actually provide there.”

Throughout her informative book on climate change, Laura insisted that she will do everything in her power to make the world a better place for her daughter, and hopes that in time, the damage that has been done to the planet can one day be reversed by the actions of people who take being eco-friendly seriously.

Poland’s Duda slams Hungary for its policy toward Russia

The Duke of Windsor died...