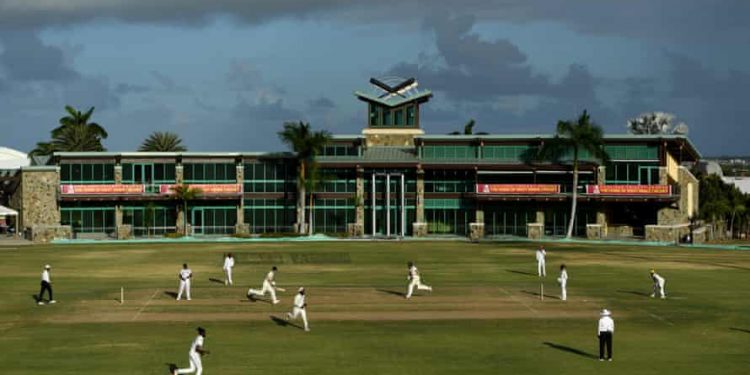 
Dan Lawrence is on course to named in the England side for next week’s first Test against the West Indies, after a knock of 83 in the warm-up match against a Cricket West Indies President’s XI in Antigua.

The Essex batter hit 46 on the first evening in Antigua and added another 37 in good time on Wednesday. Lawrence looked set for a century until he nicked the best ball of the day from Colin Archibald, but justified his selection ahead of Ollie Pope as England declared on 466 for six.

Jonny Bairstow scored an unbeaten century on his return from injury at the Coolidge Cricket Ground as England found their batting rhythm on a slow surface. Bairstow (106 not out) followed Lawrence, Zak Crawley (62), Alex Lees (65) and Joe Root (54) in making half centuries, with Chris Woakes on 49 when Root called his side in.

After the second day’s play, Lawrence admitted he was frustrated not to get a chance in the Ashes after travelling with the squad. “It was a bit of a frustrating time for me in Australia not playing but that’s life,” he said. “It was a nice feeling to score some runs. I’d obviously love to play in the first Test, that’s my number one priority.”

With runs on the board and no more games for Pope to push his cause, Lawrence appears a certainty to take the field at the Sir Vivian Richards Stadium – and in his favoured No 4 slot for the first time with England.

“I’ve batted a few different places for England so far, but for Essex the last three or four years I’ve batted number four and felt pretty comfortable there. It’s a place I enjoy batting,” Lawrence added. “I’m trying to just prepare myself for when the opportunity does come.”

“I feel like at times I haven’t showed everyone what I can actually do … but I’m feeling very positive and I’m really just trying to enjoy every day I’m playing for England and not put too much pressure on myself. It hasn’t gone how I wanted it to go so far in my career, but hopefully it can change.”

England’s declaration left a full session for England’s bowlers to show there is life after James Anderson and Stuart Broad – both controversially overlooked for this trip – but the seam attack found little joy in the surface as the local side reached 48 for two at stumps.

Craig Overton ran out a hesitant Jeremy Solozano off his own bowling before Jack Leach spun one through Shayne Moseley’s booming drive. Woakes and Ollie Robinson took new-ball duties, just as they did in the Ashes opener at the Gabba, but were unable to create any real mischief.

Root was unable to call on any extra pace with Mark Wood off the field and Ben Stokes so far only bowling in the session breaks. England suggested afterwards that Wood had no injury concerns and was merely resting, taking his turn out in what is a 12-a-side, four-day contest.